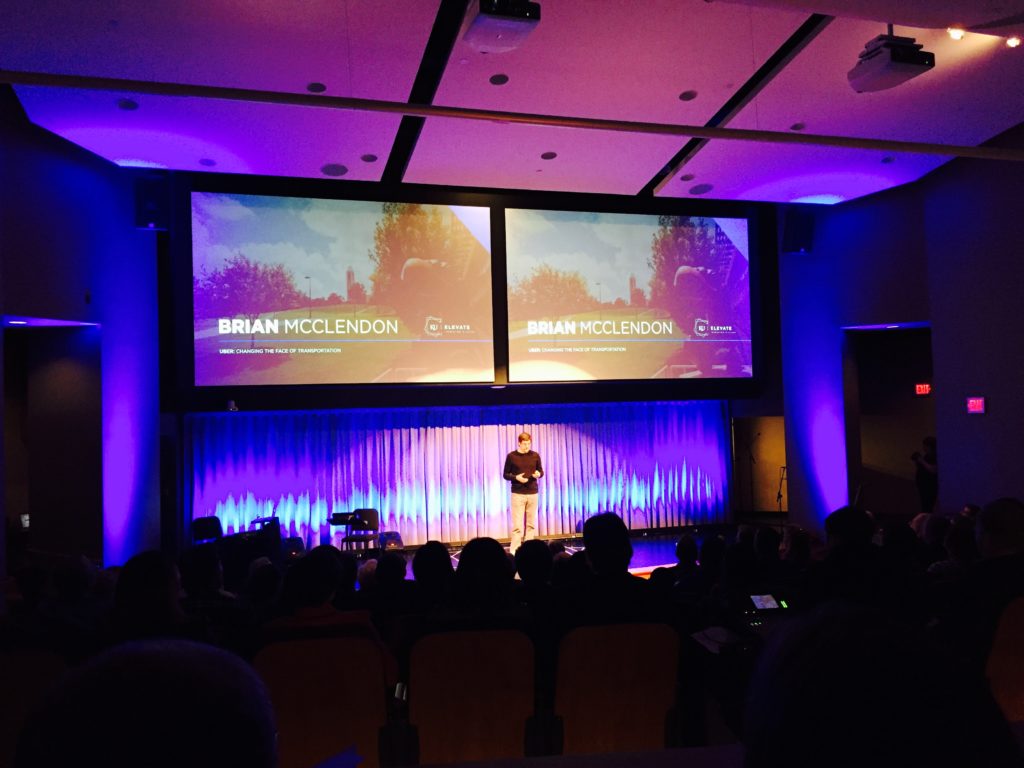 One of the University of Kansas’ more well-known — and most tech savvy — alumni is moving back to Lawrence from the Silicon Valley area, and it appears he may be eyeing a political run.

Brian McClendon’s last day at Uber, where he is vice president of maps and business platform, will be March 28, according to a New York Times article published online Sunday, which McClendon shared with me via email. According to The Times, McClendon is moving back to Lawrence, his hometown, to “explore politics.”

A recent tweet from McClendon alluded to the Kansas 2nd Congressional District, which includes Lawrence and is set to be up for grabs as Rep. Lynn Jenkins has announced she will not seek reelection in the 2018 election.

“This fall’s election and the current fiscal crisis in Kansas is driving me to more fully participate in our democracy — and I want to do that in the place I call home,” McClendon said, in a statement quoted by The Times. “I believe in Uber’s mission and the many talented people working there to make it a reality and that’s why I have agreed to stay on as an adviser.”

McClendon has been with Uber about two years. Previously he was a vice president at Google, where he co-founded Google Earth and made Lawrence the center of it.

McClendon graduated from Lawrence High School in 1982 and from KU in 1986, with a degree in electrical engineering. In 2015, KU awarded him an honorary doctorate for his contributions to the fields of electrical engineering and computer science. I interviewed McClendon about a year and a half ago, when he was being inducted into the National Academy of Engineering. At that time he told me that, depending how much free time he had, he tried to get back to Lawrence about four times a year. When in town he serves on advisory boards for KU’s School of Engineering and Department of Electrical Engineering and Computer Science, visits family and likes going to KU basketball games, he said. 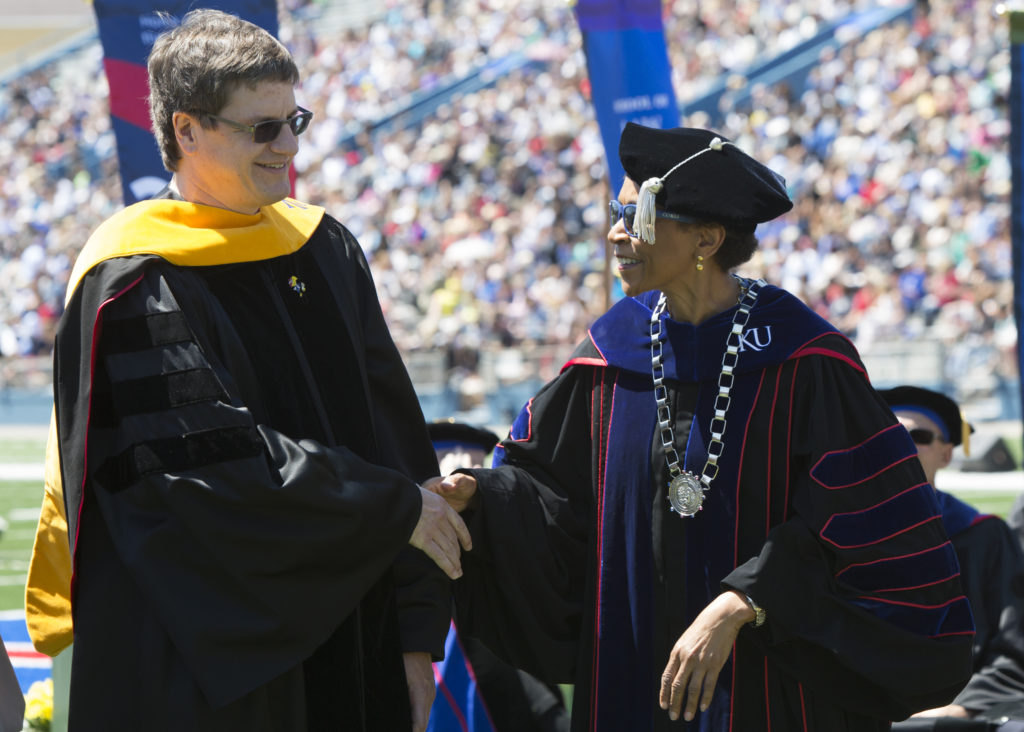 From left, Brian McClendon received a Doctor of Science for outstanding contributions to fields of electrical engineering and computer science from Chancellor Bernadette Gray-Little during KU's 144th graduation on Sunday, May 15, 2016.

In addition to tweeting about said KU basketball games, McClendon’s also been tweeting a lot about politics in recent months — including criticisms of newly elected U.S. President Donald Trump and his administration. Tweets posted late last night and today also may hint at McClendon’s political intentions once he returns?

“It’s a big day for me. I’ve got my Kansas driver’s license and am registered to vote. There’s no place like home!,” one tweet says. In response to another user, McClendon also said, “I’m from Lawrence and will be living there. I definitely know where Pittsburg is. An important part of KS D2!”

It's a big day for me. I've got my Kansas driver's license and am registered to vote. There's no place like home! https://t.co/SmhPmoeIcj

I’m hoping to get in touch with McClendon today and ask him a few questions. If I do I’ll let you know what he says.