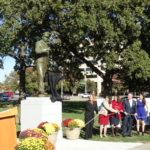 Members of the Eisenhower family join Gov. Jeff Colyer and other dignitaries to unveil a statue of former President Dwight Eisenhower on the northwest corner of the Statehouse grounds in Topeka on Monday, Oct. 22, 2018. The statue is a replica of one designed by the late Lawrence artist Jim Brothers, which stands in the U.S. Capitol in Washington, D.C.

TOPEKA – Members of former President Dwight Eisenhower’s family joined Gov. Jeff Colyer and other dignitaries Monday to dedicate a statue of the former commander in chief on the Statehouse grounds in Topeka.

“I believe of all the honors my grandfather might have gotten at one time or another, this would be one of his most treasured,” Mary Eisenhower said of the statue. “He loved Kansas. He loved Kansas so much that as he grew up here, he returned every time something major in his life happened.”

Eisenhower was born Oct. 14, 1890, in Denison, Texas, but he grew up in Abilene, Kan. After high school, he attended the U.S. Military Academy at West Point, where he graduated in 1915.

He rose to worldwide fame during World War II as supreme Allied commander of the European Expeditionary Force and the key architect of the D-Day invasion of Europe on June 6, 1944, eventually rising to the rank of five-star general.

In 1952, he was elected as the 34th president of the United States. He was re-elected in 1956. He retired to a home in Gettysburg, Pa. He died March 28, 1969, and is buried at the Eisenhower Library and Museum in Abilene.

The statue was designed by the late Lawrence artist Jim Brothers. It is a replica of one that stands in the U.S. Capitol in Washington and was inspired by a famous photograph of him speaking to paratroopers the day before the D-Day invasion. 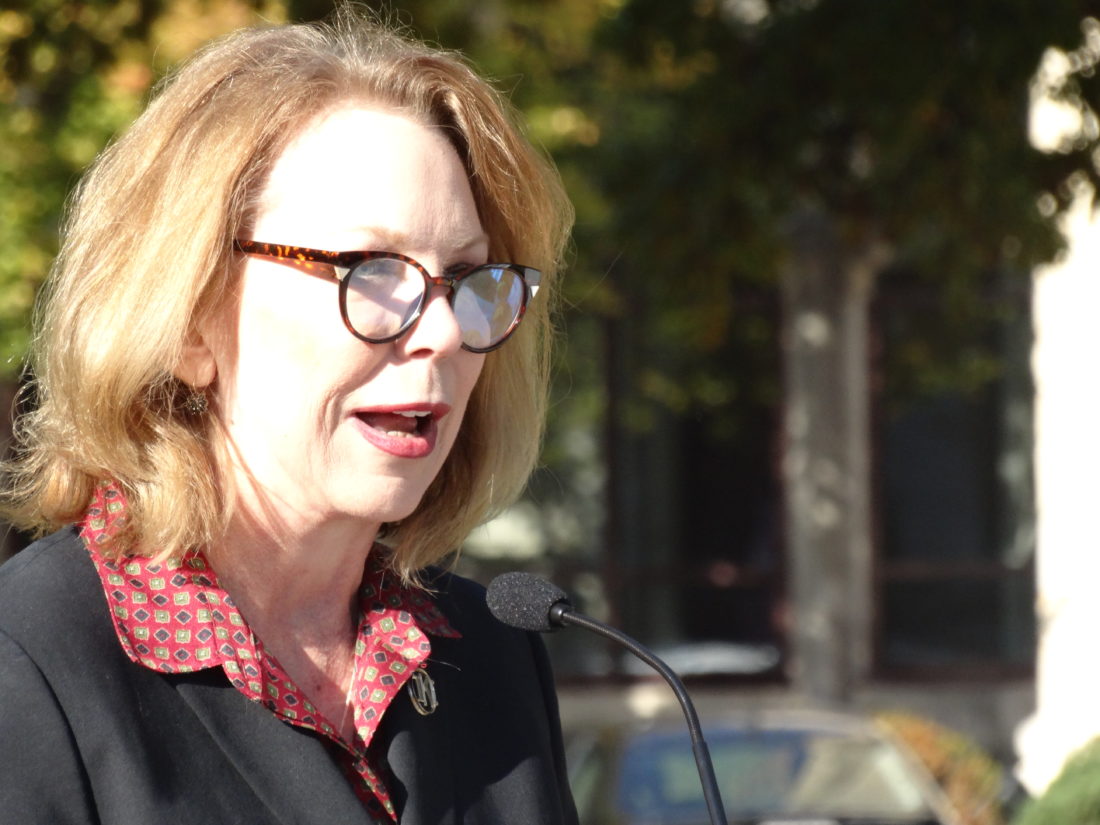 Mary Eisenhower, granddaughter of former President Dwight Eisenhower, speaks during a ceremony dedicating a statue of her grandfather on the Statehouse grounds in Topeka on Monday, Oct. 22, 2018.