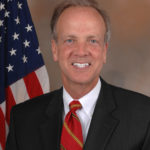 TOPEKA – The U.S. Environmental Protection Agency announced this week it is proposing new rules that would exempt livestock operations from having to report the kinds of gases that are emitted from those facilities, something U.S. Sen. Jerry Moran, a Kansas Republican, has been pushing for himself.

During a visit to the EPA’s regional office in Lenexa this week, Acting Administrator Andrew Wheeler signed a proposed new regulation that would exempt livestock operations from having to report emissions from animal waste under the Emergency Planning and Community Right to Know Act.

That’s a 1986 law that was intended to give communities greater access to information about hazardous substances that are contained or produced in their area so the communities could develop plans for responding to certain emergencies. It was passed in response to a chemical release at a Union Carbide facility in Bhopal, India, in 1984 that killed more than 2,000 people.

Moran, who serves on the Senate Committee on Environment and Public Works, is one of many officials who have been urging EPA to exempt livestock operations from those requirements.

“It was never the intent of Congress for normal odors from animal waste on farms to fall under our nation’s emergency hazardous waste reporting requirements, so I appreciate Administrator Wheeler taking definitive action today to provide certainty to the livestock industry,” Moran said in a statement. “The resources of our emergency responders ought to be focused on protecting the public from true environmental and chemical emergencies, not odors from animal waste.”

But Craig Volland, an environmental engineer who works with the Kansas Sierra Club, one of the state’s largest environmental advocacy groups, said in an interview that there are reasons to be concerned about emissions from large, industrial-scale confined animal feeding operations, or CAFOs.

“There are dangerous emissions that come out of these CAFOs,” he said. “They’re getting bigger and bigger. There’s a hog factory in western Kansas with over 200,000 hogs that went in a few years back. Not only is there particulate matter that comes out that’s coated with antibiotic-resistant bacteria because of the antibiotics they use, but also there’s ammonia. Approximately 80 to 90 percent of the ammonia generated by hog factories goes up in the air.”

In addition, he said, those facilities produce hydrogen sulfide emissions that can be deadly.

“It’s a poisonous gas. There have been numerous instances in the history of the CAFO industry where workers get caught in confined spaces with hydrogen sulfide coming off of contained manure, and it kills them,” he said.

The EPA first exempted the livestock industry from reporting requirements in 2008. But in May 2017, the D.C. Circuit Court of Appeals vacated that policy, saying it was inconsistent with the federal law. Since then, according to a news release from the EPA, the Trump administration has said the EPA still does not need to enforce the reporting requirement, based on the EPA’s own interpretation of the law.

The proposed new rule exempting the livestock industry from the reporting requirements is still subject to public comment and final action by the EPA. Public comments can be submitted electronically through the website www.regulations.gov. People submitting comments should reference the docket identification, EPA-HQ-OLEM-2018-0138.