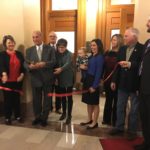 During her first session as a state representative in 2018, Lawrence Democrat Eileen Horn did not have many options to breastfeed or pump breastmilk for her then 3-month-old son Bowie.

At one point, she had to pump breast milk underneath her desk in a shared office just to find some privacy because a dedicated room for that activity was not available, she told the Journal-World.

“It’s stressful and just unnecessary,” she said of not having a dedicated room. “What it does is it tells women this is an activity that we’re trying to discourage.”

But that has changed.

Along with Gov.-elect Laura Kelly and other prominent lawmakers, Horn unveiled a private lactation room in the statehouse Friday morning during a ribbon cutting event. Horn, who is the mother of two young boys, helped lead the initiative to find a specific room because of her own experience as a working mother of young children.

While the statehouse has a bathroom that is also labeled as a lactation room, it was not ideal because of its lack of privacy, Horn said. Fortunately for her, other lawmakers in the statehouse allowed Horn to use their offices to pump breast milk privately. But staff members and the general public would not be as lucky, she said.

“It struck me that we were doing a huge disservice to working moms who come to the capitol,” she said.

For about a year, Horn worked with other lawmakers to find space in the building to become a private lactation room. She said she was frustrated how long it took to make it happen because space is limited in the building and people with other interests were fighting for the space as well.

But she is happy they were able to convert a closet to make the room, she said.

“I think it shows it doesn’t have to be a fancy room,” she said. “My challenge to Kansas workplaces across the state would be (to find some space). The investment in women makes it so much easier for us to come back to work and for us to feel we can provide what’s best for our babies.” 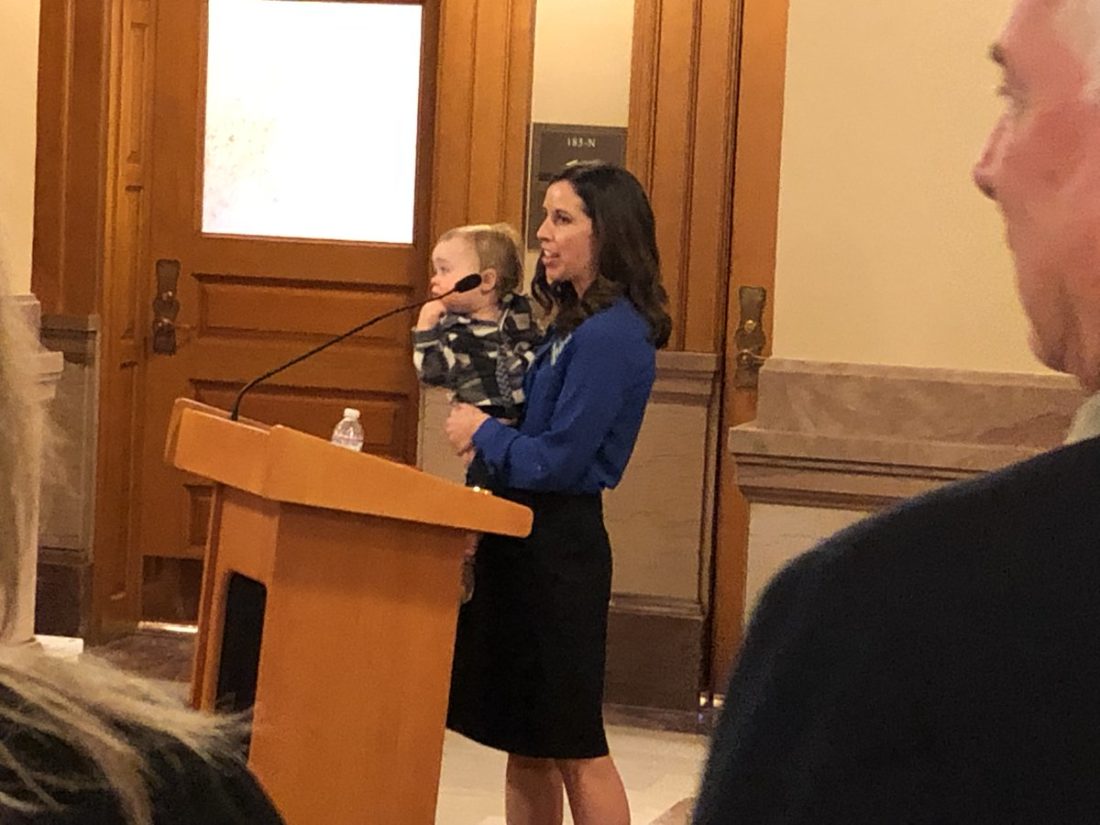 State Rep. Eileen Horn, D-Lawrence, holds her 15-month-old son Bowie while giving remarks on the opening of a dedicated lactation room in the Kansas Capitol on Friday, Jan. 11, 2019.

Horn said the new room is somewhat symbolic, and she hopes it will lead to more discussions about what the lawmakers can do to encourage workplaces to take families into consideration when doing business. She said she’s interested in exploring more policies focused on families as well.

State Rep. Stephanie Clayton, D-Overland Park, who attended the ribbon cutting event, told the Journal-World she is proud of Horn for pushing for the room.

“She has worked hard to get this done, and I am pleased to see the statehouse become more family friendly,” Clayton said.