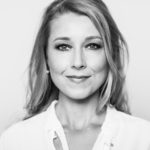 Award-winning author and journalist Sarah Smarsh will serve as the master of ceremonies for the inauguration of Gov.-elect Laura Kelly, the Kelly Rogers Inaugural 2019 Committee announced in a news release Friday.

“I am overjoyed that Sarah Smarsh will play such an important role in the inaugural ceremony,” Kelly said in the news release. “Sarah’s story – one she is telling honestly and without reservation – is a story shared by many Kansans. She is a true inspiration to me and the people of Kansas.”

Smarsh is a fifth-generation Kansan and author of the New York Times best-seller and National Book Award finalist “Heartland: A Memoir of Working Hard and Being Broke in the Richest Country on Earth.”

“As a Kansas resident and writer concerned with the public good, I’m honored to be of service on inauguration day,” Smarsh said in the release. “The upbringing that I’ve written about — on a proud, struggling family farm among people who felt disconnected from government — makes it all the more heartening to participate in this historic event. The governor-elect’s strong spirit and inclusive values bode well for our state’s next chapter.”

The swearing-in ceremony for Kelly, Lt. Gov.-elect Lynn Rogers and other statewide officials will take place at the Statehouse in Topeka at 11 a.m. on Jan. 14. The event is free and open to the public.

Smarsh will lead the ceremony, Sister Therese Bangert will deliver the invocation, and poet laureate of Kansas, Kevin J. Rabas, will recite a poem. Chief Justice Lawton Nuss will administer the oaths of office.

An interfaith service at the Brown v. Board of Education National Historic Site will take place at 8 a.m. that morning, but that event is not open to the public.

The inaugural ball, a ticketed event, will be at 6 p.m. at the Kansas Expocentre and highlight food from across Kansas.