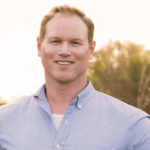 TOPEKA – After expressing grave skepticism earlier in the campaign, Republican Party officials in the 2nd District said Monday they are now fully behind their own congressional candidate, Steve Watkins.

“Much like our President, Steve came to this race as political outsider,” 2nd District chairwoman Cheryl Reynolds said in a statement. “As we have gotten the opportunity to get to know Steve, the officers have found a candidate whose values and positions are in line with Kansas voters in the Second District.”

Watkins, 41, of Topeka, was new on the political scene when he filed to run in the 2nd District in November – so new, in fact, that he had never before even voted in a partisan election in Kansas.

But he won a seven-way Republican primary on Aug. 7, getting 27 percent of the vote, which was just enough to finish ahead of more established GOP candidates, including three sitting state senators.

On July 31, just a week before the primary, Reynolds sent out a statement co-signed by 38 GOP county chairs and other party officials in the 2nd District saying they had serious concerns about his candidacy.

But Reynolds’ statement Monday indicated that those concerns now have been resolved.

“We are confident Steve Watkins will represent the conservative values of Kansans – and continue to contribute to Making America Great Again and helping to enact President Donald Trump’s agenda,” Reynolds said.