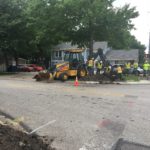 Workers begin repairs on a gas line at the intersection of 19th and Kentucky streets after a significant leak was reported in the area, Thursday, Sept. 13, 2018.

The leak was reported shortly after 10:30 a.m. Thursday, according to emergency radio traffic, and a strong smell of gas was present in the neighborhood.

Traffic was blocked for about 90 minutes along 19th Street between Vermont and Tennessee streets. Crews reopened the roads shortly before noon.

The leak was on a Black Hills Energy gas line at the corner of 19th and Kentucky streets, according to information provided via email by Black Hills Lawrence operations supervisor David Bellinder. Bellinder said a third-party contractor hit the line, causing the leak. 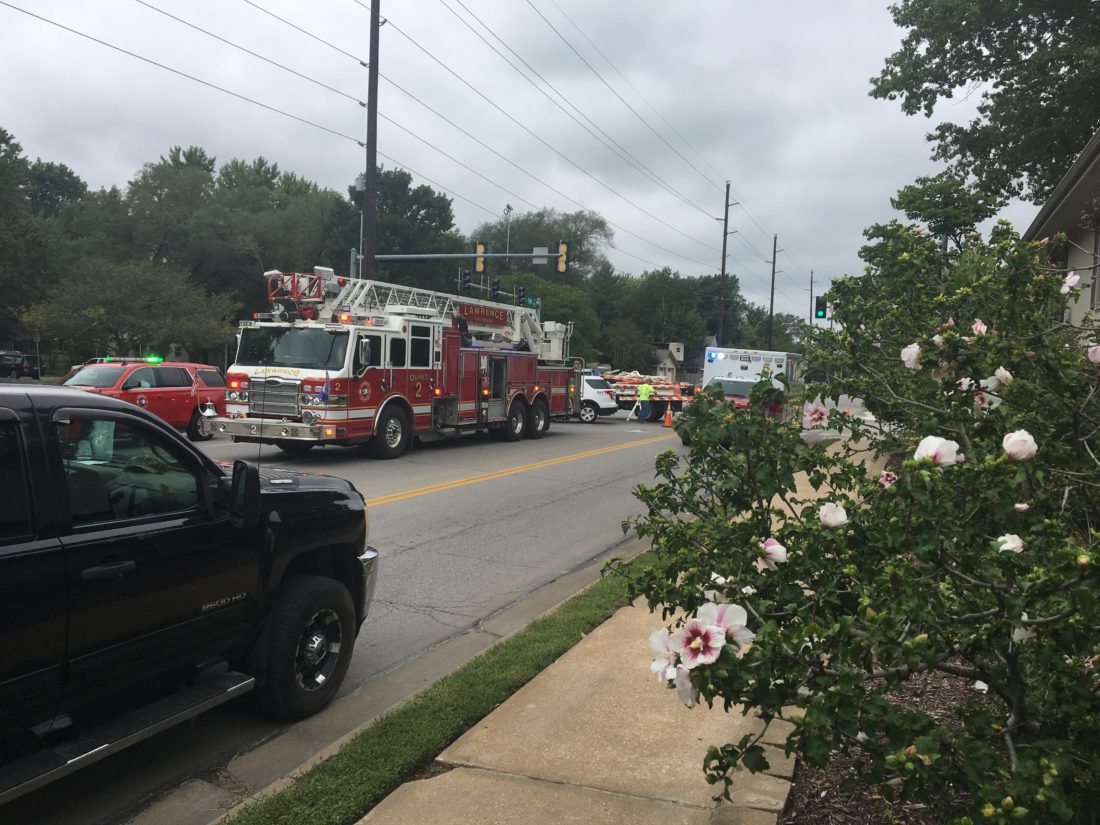 Lawrence Douglas-County Fire and Medical vehicles block a portion of 19th Street near Kentucky street after a gas leak was reported in the area, Thursday, Sept. 13, 2018.

Black Hills spokesperson Monique Pope said that the third-party contractor that punctured the gas line had called to have the line located prior to digging, but that the line had been struck by accident. She said whether the contractor would be assessed any penalty would be up to the Kansas Corporation Commission. When asked who the contractor was, Pope said Black Hills typically declines to identify contractors in such situations.

Lawrence-Douglas County Fire Medical Shift Commander Lyle Schwartz said all houses within a few blocks of the area were evacuated. A firefighter on the scene told a Journal-World reporter that about 500 people had been evacuated. 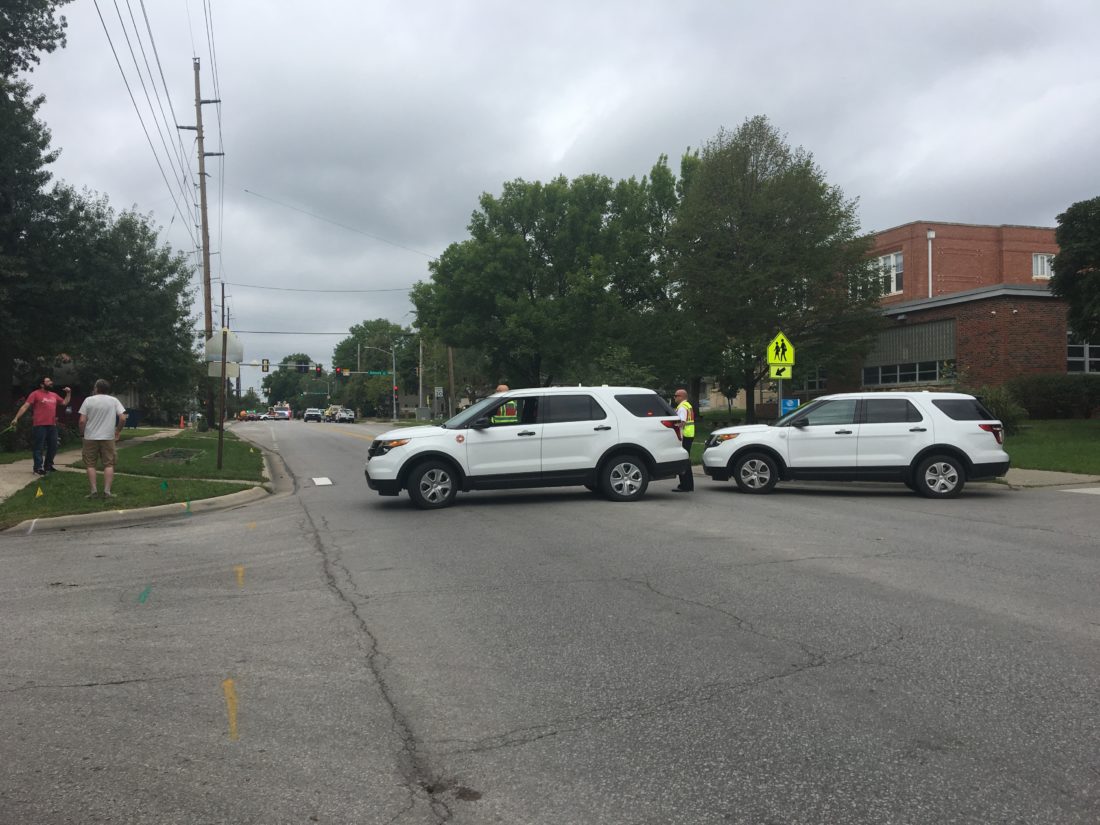 Lawrence Douglas-County Fire and Medical vehicles block a portion of 19th Street near Cordley Elementary, 1837 Vermont St., after a gas leak was reported in the area, Thursday, Sept. 13, 2018.

Brooke Barney, who lives near the intersection of 19th and Kentucky, said firefighters told her she couldn’t return to her home for at least 30 minutes because of a “major gas leak.”

“They just started banging on my door and said to get out,” Piedra said.

Pope said the gas line was turned off after the break, and about eight customers were without gas service Thursday afternoon, though she expected service to be restored the same day.