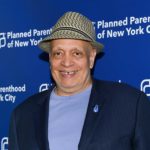 A prolific author of crime and science fiction books as well as political essays will soon speak at the University of Kansas about political optimism in the age of President Donald Trump.

The author, Walter Mosley, will present a lecture at 7:30 p.m. Feb. 7 in the ballroom of the Kansas Union, 1301 Jayhawk Blvd., according to a KU news release. The event is free and open to the public. A reception will take place after the lecture and Mosley will be available to sign books.

He will also take part in an informal conversation at 9:30 a.m. Feb. 8 in the conference hall of the Hall Center for the Humanities, 900 Sunnyside Ave. The event is open to the public but RSVP is required by Friday. Those who are interested may send requests to hallcenter@ku.edu or call 785-864-4798.

Mosley, who has written more than 50 books, may be best known for his Easy Rawlins detective series, which includes titles “Devil in a Blue Dress,” “A Red Death” and “Black Betty.”

Mosley has received several awards for his work, including the O’Henry Award, a Grammy and two NAACP Image Awards for Outstanding Literary Work. He is also the first African-American to serve on the board of directors for the National Book Awards.