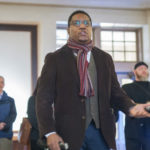 The interim dean of the University of Kansas’ largest school has declined an unusual offer to be directly appointed to the permanent position, the university announced Thursday.

Clarence Lang, who is serving as interim dean for the College of Liberal Arts and Sciences, withdrew his name after considering the offer, KU Interim Provost Carl Lejuez said Thursday morning in an email to KU faculty, staff and students.

Lejuez said he would “be in touch shortly” with details about the next steps in the process to fill the permanent dean position.

In December, Lejuez proposed giving Lang a three-year appointment, bypassing the university’s formal search process. The decision was controversial, with some faculty groups opposed to bypassing the traditional hiring processes and others saying the unusual procedure was necessary because KU was in a “crisis” situation.

Lejuez, who was CLAS dean before filling in as provost, said giving Lang the appointment was necessary because the university was going through a period of $20 million budget cuts and needed Lang — who said he was being courted by another institution — to not leave KU for another job.

“Losing the opportunity to have Dr. Lang in a permanent dean’s role in the College is a true blow to the College and KU more broadly,” Lejuez said Thursday in his message to the university. “He is a great steward of the College, stepping into a particularly challenging interim role and taking on a range of complex and thorny issues in the nine months he has held this position.”

When asked about Lang’s future as interim dean and whether Lang had accepted a position at another university, Lejuez said he did not know yet.

“I’ve shared all the information I have on it,” Lejuez said, referring to his email to the university. “We will share more as we know it.”

Lang, who is also a professor and chair of KU’s Department of African and African-American Studies, did not immediately respond to Journal-World requests for comment Thursday. Neither Lejuez nor Lang has ever disclosed the name of the institution that was trying to hire Lang.

Some of the most vocal reaction to the process had been to condemn the proposal — first, from the university and faculty senates, which expressed “shock” and blasted the bypassing of protocol in appointing the leader of the university’s largest school; and then from the leaders of the American Association of University Professors at KU.

Lorie Williams, who is the AAUP chapter president at KU, and Mohamed El-Hodiri, who is the state conference president for AAUP, previously told the Journal-World that the process went against university norms of cooperative decision-making and that it damaged faculty-administration relations by “treating our great University and College as a feudalist plantation and the faculty as voiceless chattel to be supervised by a chosen ‘overseer.'”

El-Hodiri and Williams both previously said that their opposition had nothing to do with Lang personally or his qualifications, but only with the process.

Last week, another group — led by Maryemma Graham, a distinguished professor for the college — publicly supported the direct appointment. The group claimed that the university had directly appointed high-level administrators in the past, but declined to provide examples.

Graham told the Journal-World Thursday that she was disappointed Lang removed his name from consideration.

“We all know that Dr. Lang is extremely rare, and even more so in his decision to withdraw rather than allow this misguided dialogue to continue,” she said. “He has given us an opportunity to make this right somehow, and I hope we can all rise above this fray.”

Lejuez also referenced the contentious discussion about the appointment in his campuswide message.

“This process hasn’t been without challenges, and while most individuals provided thoughtful and constructive views, a few individuals chose to express their opinions in a divisive manner that exacerbated these challenges,” he said. “As we begin a new semester, it is my hope that we come together as a community and move forward in a collaborative manner.”

Throughout his message Thursday, Lejuez defended his attempt to directly appoint Lang, arguing the move was in line with the university’s faculty senate rules and regulations. Additionally, he said he received 400 responses with a “super majority of over two-thirds” of those responses supporting the direct appointment. He did not specify how the responses were broken down among faculty, staff, students, alumni or other community members.

Lejuez’s interpretation of the feedback differed from that of the president of KU’s University Senate, Ruben Flores, who also reviewed the responses.

In December, Lejuez told the Journal-World that he received 200 responses on the day he proposed the appointment, but at the time he declined to share whether they were pro or con regarding the issue. More than two weeks later, in early January, the Journal-World spoke with Flores, who said the responses had included forceful opposition and forceful support and said he had not yet seen an overwhelming consensus.

In Thursday’s message, Lejuez said he thought the response from the university community was “strongly in favor” of Lang’s appointment “from the first day I reviewed feedback with the president of University Senate until the final review,” and said contrasting views “expressed in public and print” were not accurate.

But Flores told the Journal-World Thursday that he did not find the responses to be overwhelmingly supportive of the direct appointment.

“My own view is that the responses were more ambivalent than (Lejuez’s) interpretation,” he said. “I shared my view with him and he understood, even though he disagreed with my assessment.”

Flores said he understands the pressure the university administration is under, but he believes it should not ignore the formal search process for a permanent dean of the college.

“I also continue to think of the people on campus who will soon lose their jobs,” Flores said, referring to the ensuing layoffs caused by the $20 million budget cut. “How we can extend new offers to administrators while at the same time fire others who work alongside us is a moral calculus that I cannot make.”

El-Hodiri told the Journal-World Thursday afternoon that he hopes the university will now move forward with a formal search. He reiterated that he opposed the method the university used to select Lang, but he did not oppose Lang as a permanent dean.

“It’s sad that (Lang) couldn’t go through the process like everybody else. I would have loved to keep him here, but through the right process,” El-Hodiri said, although no announcement had been made about Lang’s future at KU as of Thursday afternoon. “Now I hope the university will do the search correctly.”