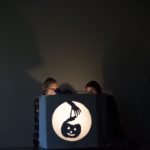 Shadow puppetry has existed for ages and allows viewers to suspend disbelief for storytelling. The Spencer Museum of Art will display an exhibit on shadow puppetry at the "Haunting Humanities" event on Wednesday.

When she decided to research how witches are portrayed on stage and screen, KU associate professor Jane Barnette said she thought she would find they all look old and ugly.

“What I found that is kind of intriguing is that there is whole other archetype of witches where the notion of being a witch is bewitching men,” she said. “So she’s so beautiful that it can’t possibly be without some sort of witchcraft.”

Barnette, a University of Kansas associate professor in the Department of Theatre and Dance, said she decided to research the topic because she’s always been interested in how theater and film productions have used makeup as an artform to create what they think of a witch.

The findings of Barnette’s research perfectly align with the time of season when children across Lawrence will likely be dressing up as witches for Halloween.

To celebrate the holiday and her research, she and some KU students will be offering face paintings of famous witches for children at the KU Hall Center the for Humanities’ “Haunting Humanities” event on Wednesday.

The face-painting activity is one of the 25 exhibits for the event the center is calling a “science fair for the humanities with a Halloween twist,” which intends to bring KU humanities research to the public in a fun and interactive way. The event will also include exhibits from community sponsors, such as the Lawrence Arts Center and the Lawrence Children’s Shelter, among others.

“To me it’s one of the more exciting things KU has done,” Barnette said. “I love the idea of haunted house full of researched topics.”

The event begins 5:30 p.m. Wednesday at Abe and Jake’s Landing, 8 E. Sixth St. The event is free and open to the public. 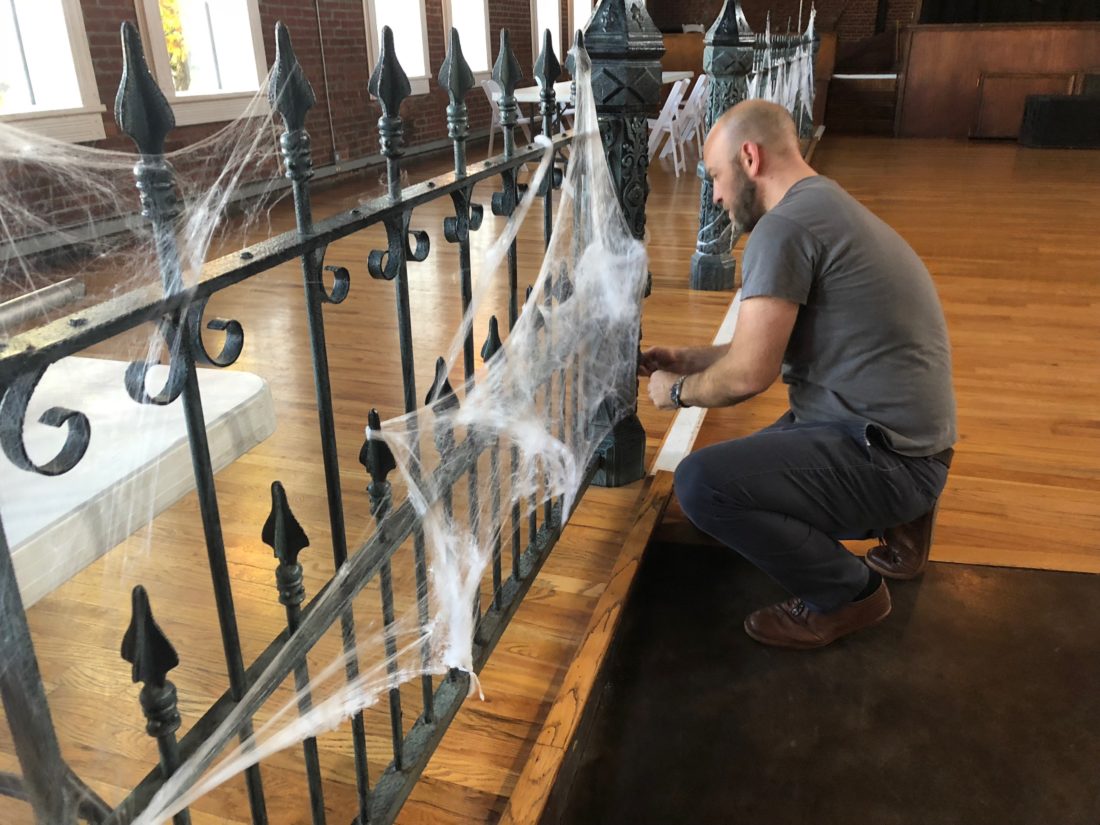 Eliott Reeder of the KU Hall Center for Humanities places decorative spiderwebs in Abe and Jake’s Landing for the “Haunting Humanities” event on Wednesday. The center considers the event a “science fair for humanities with a Halloween twist.”

Sarah Bishop, associate director of the Hall Center for the Humanities, said each exhibit has a rating – G, PG, PG-13 or R – listed in the event’s program to indicate if it is intended for younger audiences or adults.

Many of the booths allow visitors of all ages to interact with, as well as discuss, the research topics of Wichita State University, Washburn University and KU faculty.

Along with the exhibits, visitors will be treated with a dance performance inspired by the tales of Quantrill’s Raid on Lawrence. The dance is choreographed by KU Dance Lecturer Maya Tillman-Rayton.

Amy Duke of KU’s Spencer Museum of Art said the museum will have a booth featuring a shadow screen that will allow visitors to create stories through puppetry. She said the shadows on the screen allow the viewers to suspend their disbelief and imagine the stories, scary or otherwise.

The booth will also display wayang golek, a rod puppet from Indonesia used in the late 1800s, which is part of the museum’s collection. 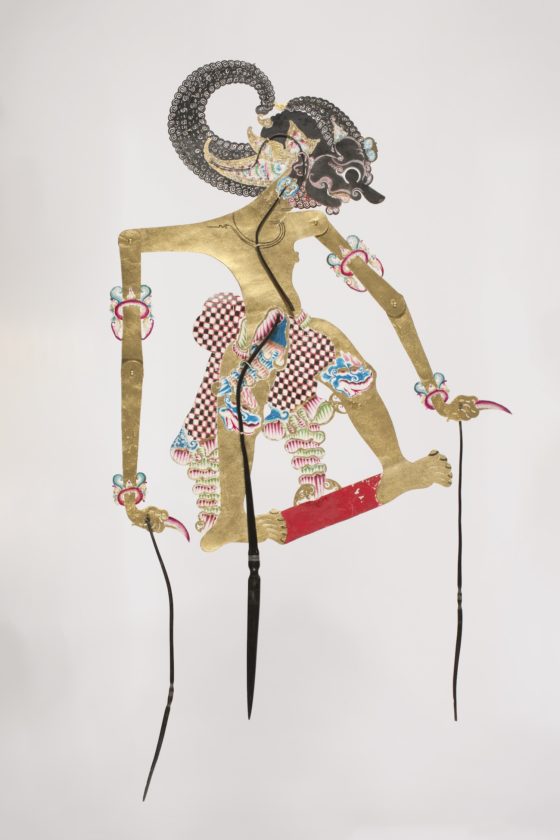 photo by: Courtesy of the Spencer Museum of Art

This image shows the Spencer Museum of Art’s wayang golek (a rod puppet), which was used in the late 1800 Indonesia. the puppet was a gift to the musuem from Hazelle H. Rollins and will be on display at the Haunting Humanities event on Wednesday.

Another booth hosted by the Lawrence Children’s Shelter asks the visitors to “face the strange” by crafting fun masks.

Lacee Hanson, development director for the shelter, said the booth will help the organization get its message out about how foster care is a big change in the life of children, which can be scary. But the masks can help them express their emotions, used for hiding, or being silly.

Some booths for older audiences include a booth on well-known books with frightening tales, the history of the Civil War and how survivors tried to connect with those killed in the war through spiritual practices, and the story of Emmett Till’s death.

Dave Tell, a KU professor of communications studies, said he brought the Emmett Till presentation to the event because the grocery store Till used to hang around is considered haunted by some.

Emmett Till was an African-American boy who was murdered in 1955 after he was accused of offending a white woman at the grocery store in Mississippi. The unjust murder helped begin a new phase of the Civil Rights movement.

The booth is based on Tell’s research into the life and death of Till. He said he will focus specifically on the stories of the haunting of the grocery store, its historical connection to Till’s death and how white supremacists have worked to stop the restoration of the store, which is currently in ruin.

Tell said he’s happy to be part of the Haunting Humanities event because it’s a good way to present important information researched by the KU faculty. He noted humanities festivals are held in Kansas City and Chicago.

“This isn’t a festival but it is a step in that direction,” he said. “It is a chance to showcase some of the work that professors do and how it may connect to public life.”