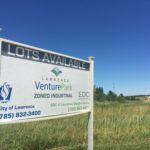 City leaders soon will decide whether to continue a program meant to jump-start development at the city’s business parks and other industrially zoned areas.

As part of its meeting Monday, the City Commission will consider approving a three-year extension of the Catalyst Program. The program, which the commission created in 2017, provides a simplified application process for industrial projects that want to build or expand facilities in VenturePark, East Hills Business Park or other industrially zoned land in the city.

City staff is recommending that the commission extend the program, saying that it has been successful, according to a memo to the commission. The memo notes that three companies have received incentives to build or expand their facilities under the program over the past two years.

In April 2017, the commission approved the fast-track economic incentives program. At the time, VenturePark had remained empty more than two years after its opening. The 400-plus acres of industrially zoned property also had more than $9 million of special assessments that would be the city’s responsibility if the land remained vacant.

As part of the program, projects do not have to go though the usual economic incentives application process, which includes analysis and review by multiple boards. Instead, only City Commission approval is needed. The program waives application and bond origination fees and provides approved projects with multiple public incentives, including Industrial Revenue Bonds with a 10-year, 50 percent property tax abatement and an additional 20 percent abatement if the project meets certain energy-efficiency guidelines. For projects locating in VenturePark, the city also provides the land for the project at no cost.

City staff is recommending the same program be continued for the three-year extension, with one addition. Staff recommends adding a minimum capital investment of $67 per square foot to qualify. For instance, the minimum building investment for a 75,000-square-foot building would be $5 million.

Most recently, the commission approved a 10-year property tax break to Grandstand Glassware & Apparel, which plans to expand its operations in East Hills Business Park and add dozens of jobs. The other projects approved under the program include an expansion of Plastikon Healthcare LLC plant, also in East Hills, and the construction of speculative industrial buildings in VenturePark. Collectively, the three projects approved under the Catalyst Program created 717,000 square feet of industrial space and $38 million in capital investment, according to the memo. The three projects are expected to crate an estimated 63 jobs in total.