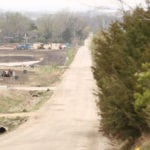 A buyer signs up to 150 pages of documents when closing on a home, and among the multitude of notices can be an agreement to pay significant sums to the city. After a contentious debate about the $5.3 million Queens Road benefit districts, city leaders have questions about whether such agreements can be more forthright in the future.

The recently created Queens Road benefit districts will add thousands to the tax bills of residential and commercial property owners in the area, and many said they were not aware they had agreed not to protest the benefit districts. Even though the no-protest agreement would have been included in closing documents, those familiar with the closing process say they are not surprised.

“It’s a lot of paper, and a lot of it is kind of innocuous looking disclosers that say the lender can report your credit, and the lender can get your insurance,” said Greg Haehl, director of commercial services for Kansas Secured Title. “So I certainly understand why people fade out when they try to read it.”

There are two benefit districts that together fund the $5.3 million cost of the road, from Sixth Street to Eisenhower Drive, and intersection improvements.

What makes the Queens Road benefit districts stand out is that their formation has been pushed down the road for years, spanning multiple commissions. Developers made agreements not to protest the benefit districts years ago when the neighborhoods were planned, and those agreements run with the land and would be included on titles and other paperwork. The first no-protest agreements for Queens Road date back 18 years, and many homeowners told the commission they were not aware of the no-protest agreement when they bought their homes.

“No, none of us knew that was in there,” said Kay Brada, president of the Westwood Hills Homeowners Association, of the no-protest agreement. “So should my real estate agent have told me that? Yes.”

Brada said that though some homeowners have said real estate agents mentioned the potential for benefit districts in the future, details were not known about when the districts would be formed or how much they could add to homeowners’ tax bills. She said many homeowners were not aware that the no-protest agreement means homeowners automatically consent to all future benefit districts, nor of the cost that could bring.

After a lengthy and contentious debate about the Queens Road benefit districts, the commission approved the districts earlier this month. Mayor Stuart Boley and Vice Mayor Lisa Larsen said at that time they wanted to ensure those involved with home sales are more upfront about benefit districts going forward.

The years-long debate about the benefit districts likely did little to clarify the issue for all involved. The Queens Road benefit districts came up multiple times over the years, and the discussion included at times ideas to increase the city’s share of the costs and to expand the benefit districts’ boundaries so the costs would be shared among more property owners. At one point along the way, past commissioners took the position that the city at large would pick up the costs for the homeowners. However, none of that discussion changed the fact that the no-protest agreements exist.

Apart from benefit districts and no-protest agreements, there are other things buyers should be aware of. Those include easements for utilities, drainage or sidewalks that may restrict what a homeowner can build over the easement. The city may also own rights-of-way that allow for widening roadways in the future. Also potentially included, though more likely in the case of rural properties, is information about mineral rights, which could allow whoever owns those rights to drill an oil well next to the property.

Westwood Hills resident Tom Sack said he and his wife bought their home this summer. Sack said that their real estate agent told them about a potential benefit district, but that it was “made out to be a couple hundred dollars.” Sack said they didn’t know specifically of the no-protest agreement for all future benefit districts until after they moved in.

Now that the city has finalized the boundaries of the benefit districts and the amount the city at large will contribute, Sack said the city has estimated, based on the area of their parcel, that they will be paying about $4,000 toward the two Queens Road benefit districts. Sack said he thinks that real estate agents selling a property should have to talk about benefit districts up front. He said that’s important if Lawrence wants to continue its efforts to draw retirees like him and his wife.

“They are really promoting Lawrence to be a place for retirees,” Sack said. “We retired three years ago, and we think that the taxes are pretty high, and now we get another big tax.”

In an emailed response to questions from the Journal-World to the Lawrence Board of Realtors, an attorney for the board, Vern Jarboe, said that real estate law clearly requires Realtors to disclose what they know and to suggest consumers use qualified third parties for information beyond what the real estate agent knows. Jarboe said that the process of developing raw land into a finished home is complex, and Realtors are just the middlemen that help sellers find buyers and buyers find property.

“Real estate licensees are not in the business of investigation regarding a property’s amenities,” Jarboe said. “That is the job of other people in the transaction, first the buyer and then the qualified third parties (inspectors) hired by the buyer to research the property — home inspectors, termite inspectors and title companies, to name some.”

Specifically, Haehl said that agreements not to protest the benefit districts would show up on the title insurance commitment, which is included in the documents a homebuyer signs at the close of a sale. Depending on the type of home loan, Haehl said closing documents range from 50 to 150 pages. Haehl said that though a buyer can request the documents beforehand, some buyers do not see them until the day of closing.

When asked whose responsibly it is to bring that information to a buyer’s attention, Haehl said that is a hard question to answer. Ultimately, Haehl said it’s the buyer’s responsibility to review the documents and ask any questions.

“I’m not sure that it falls to anyone in particular, it’s something that may come up,” Haehl said. “It’s something that, if the buyer had a chance to review the title work, they might see and question.”

Jarboe noted the past commission’s discussion to have the city pick up more of the costs, and said no one can anticipate such changes and that Realtors can only disclose what they know.

“Realtors should not engage in speculation about what public policy will change in the future,” Jarboe said. “To do so could harm one group of people (current owners of property) to benefit another (the buyers in a subdivision).”

Jarboe said that though the no-protest agreements may prevent a neighborhood from formally protesting the formation of a benefit district, “it does not prevent the conversation between citizens and their representatives.”

For now, it is not clear what more the city might do to ensure potential homebuyers are more informed and potential costs are clearer. City attorneys did not immediately respond to the Journal-World’s inquiry regarding what additional things the city could do to make sure sellers, Realtors, developers or title companies are more upfront regarding benefit districts and no-protest agreements in the future.