City of Lawrence denies any wrongdoing in incident that injured volleyball referee, seeks dismissal of lawsuit 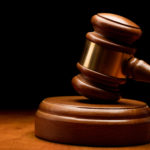 The City of Lawrence says it’s not to blame for an incident that allegedly caused a woman to fall and injure herself while refereeing a volleyball game at a city recreation center.

Overland Park resident Barbara Culton filed a lawsuit against the city in Douglas County District Court in October related to injuries she said she suffered in February 2017. In the lawsuit, Culton says she was officiating at a youth volleyball tournament at Sports Pavilion Lawrence when the ladder to the elevated referee stand gave way, causing her to fall to the gym floor.

In its Dec. 14 response to the lawsuit, the city said that Culton “failed to act prudently or safely” and that it was her negligence that caused or contributed to the alleged fall and related injuries. The city also said that Culton’s injuries, which include bone fractures and carpal tunnel syndrome, may have been the result of some other “intervening third party’s actions,” which would absolve or reduce the city’s liability, if any.

In its response, the city also denied other claims in the lawsuit, including that the city supplied the referee stands for the tournament and that it was the city’s duty to ensure they were safe. The city stated it did not have sufficient information to admit or deny those allegations, and it therefore denied them.

The lawsuit says that Culton received several permanent injuries, including a fractured skull, a fractured and dislocated wrist and acute carpal tunnel syndrome. It goes on to state that Culton will continue to suffer “great pain of body and anguish of mind” and continue to incur substantial expenses for medical attention.

Culton’s attorney, Thomas Stein, of Kansas City, Mo., sent a letter to the city in May seeking reimbursement for medical bills and damages for pain and suffering for a total of about $332,000. In the letter, Stein notified the city that Culton was pursuing a claim against the city. The letter said that Culton was seeking $82,315.22 for medical bills and $250,000 for pain and suffering.

The lawsuit itself asks that the city pay a sum equal to the costs and expenses Culton incurred and “for such other relief as the court deems just and proper.” In its response, the city asks that Culton’s claim be dismissed and that the city be awarded legal costs and any further just relief.