The city has more than $1M of utility deposits, and some customers could be due refunds 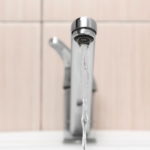 The city of Lawrence automatically charges all renters a $40 utility deposit when service is initiated at a new address, but it does not automatically return all deposits to those who qualify to have them refunded or credited due to good payment history.

The city of Lawrence has an account with more than $1 million in deposits collected from Lawrence utility customers, some of whom may not realize the city actually owes them that deposit back.

The city automatically charges all renters a $40 utility deposit when service is initiated at a new address, but it does not automatically return all deposits to those who qualify to have them refunded or credited due to good payment history. That surprised Lawrence resident Frank Janzen, and he may not be alone.

Following a recent move, Janzen noticed that the city charged him a $40 utility deposit. Janzen subsequently went to City Hall to find out more information. He discovered that renters are charged a deposit automatically when service is started at a new address; the fact that he had lived at a prior address in Lawrence with good utility payment history didn’t stop the deposit from being assessed. Janzen, one of thousands of renters in Lawrence, said he was worried that others may not realize it was up to them to request their deposits back.

“Other people had this happen to them and they don’t know about it; it just passes by, like it passed by with me until I noticed it on a bill,” Janzen said.

Janzen brought some of his concerns about the city’s deposit procedures to the attention of the City Commission at a meeting in October. Since then, additional information about utility deposit refunds has not yet been provided to the commission, but the topic will now be discussed as part of the commission’s meeting on Dec. 18.

How deposits are charged

The city billing notification for new rental accounts does note the $40 deposit, but states only that the deposit “may be refunded (with interest) after 18 months of on-time payments, or it will be applied towards your final bill at the termination of service.” However, the notification doesn’t specify that renters who qualify to receive the deposit back because of good payment history must call the city to request the refund.

About 12,000 of the city’s utility customers are renters, or about 40 percent, according to information the city provided to the Journal-World. Utility Billing Manager Kristy Webb said the large percentage of renters in Lawrence and their tendency to move often was why the city charged a deposit to all renters, even though it also charges fees when someone has to have water shut off for nonpayment. Webb explained that the city charges the $40 up front because some renters cancel their service right before moving and never pay their final bill.

“There’s a lot of moving in and out every year, so we often see people close their account with a balance that never gets paid,” Webb said. “So the purpose of the deposit is to hopefully at least collect some of that balance that’s unpaid.”

Webb said the city has $1.1 million in deposits on file, but doesn’t currently know how much of that amount is unclaimed deposits owed to customers. She said that’s because of limitations of the city’s software system, which doesn’t have a mechanism to track whether customers have paid their bill 18 months in a row.

“It would take a lot of analysis,” Webb said of figuring out how many people might be eligible to receive their deposit back. “Our system doesn’t do that analysis for us.”

Currently, Webb said the deposits are returned without request only when customers who are current on their bill transfer or cancel their utility service. To do otherwise, Webb said, would require city staff to manually go into each of the 12,000 accounts and research the payment history to determine whether the customer qualifies for the deposit to be returned. Webb estimated that research would take a few minutes per account, meaning that it would take hundreds of hours of staff time to go through all the accounts.

Utility companies regulated by the Kansas Corporation Commission are required to follow certain billing standards, including standards for deposits. The KCC billing standards state that whenever a deposit is charged, the utility must inform the customer of certain information, including the terms and conditions regarding the retention and return of deposits.

How deposits are refunded could change, and changes are now in the works to inform customers about how to receive their deposits back. The city recently purchased a new software system for utility billing, and Webb recently told the Journal-World that the city would be testing whether it is capable of automatically tracking and returning deposits based on payment history.

Because of the staff time it would require to do that task manually, Finance Director Jeremy Willmoth said that city staff would not recommend changing the city’s policy to have deposits automatically returned after 18 months of on-time payments unless the city’s new software system is able to automatically do so.

“If it doesn’t (track deposits), then our recommendation is going to be to keep it the way it is, because it’s just too labor intensive to manually sift through the records,” Willmoth said.

Since that conversation, staff has been told that the new billing system could accommodate an automatic deposit refund, according to a memo from Willmoth to the commission. In the memo, Willmoth states that should the city wish to change the policy to an automatic deposit refund, that would be possible but that he recommends waiting until the new system is implemented and functional before possible revisions of the policy are discussed.

Meanwhile, for renters who haven’t saved all their paper bills, it will take a phone call to determine whether they are eligible to receive their deposit back. Utility customers are not able to view a comprehensive payment history online.

Webb said customers who think they may be owed a deposit due to good payment history would need to call the city to have staff manually review their payment records. She noted that any late payment would reset the clock, since the 18 months of on-time payment must be continuous. Webb also said she planned to update the city’s webpage and other notifications to inform customers that they must request their deposits be returned after 18 months of on-time payments.

As far as his deposit goes, Janzen said that because he’d had several years of good payment history with the city, he was able to appeal the deposit and get it returned to him. Janzen said although $40 may not seem like a lot of money to some, that’s not the case for everyone and he’d like the process to be clearer.

“Of course that depends on your status, whether you’re more wealthy or less wealthy,” he said. “And if you’re less wealthy, of course it’s a big problem for low-income people who need that money.”