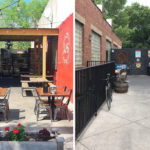 A photo posted on Dempsey's Facebook page shows the canopy structure that was the subject of a recent city lawsuit. The canopy has since been removed, and at right, the patio is shown on Monday, June 25, 2018.

After being sued by the city over its patio canopy, a local restaurant has taken the structure down.

The wooden canopy was constructed about two years ago on the north side of Dempsey’s building, spanning the width of an open area between Dempsey’s and the adjacent building.

Last month, the Lawrence City Commission directed the city’s legal staff to bring a lawsuit against the owner and occupant of 623 Vermont St., which is the location of Dempsey’s Burger Pub. The city alleges that Dempsey’s constructed a canopy structure for its patio without first getting a permit from the city and that the canopy violated the city’s building and fire codes.

Director of Planning and Development Scott McCullough said in an email to the Journal-World that the city found that the building materials used in the canopy were not compliant with code and presented a fire hazard. McCullough said the lawsuit was needed to address the code violations and potential hazards.

“Constructing building additions without a permit is reason alone to pursue enforcement in order to discover potential hazards,” McCullough said. “That potential fire hazards were present and could affect more than just the subject building compelled us to continue enforcement efforts until the hazards were addressed.” 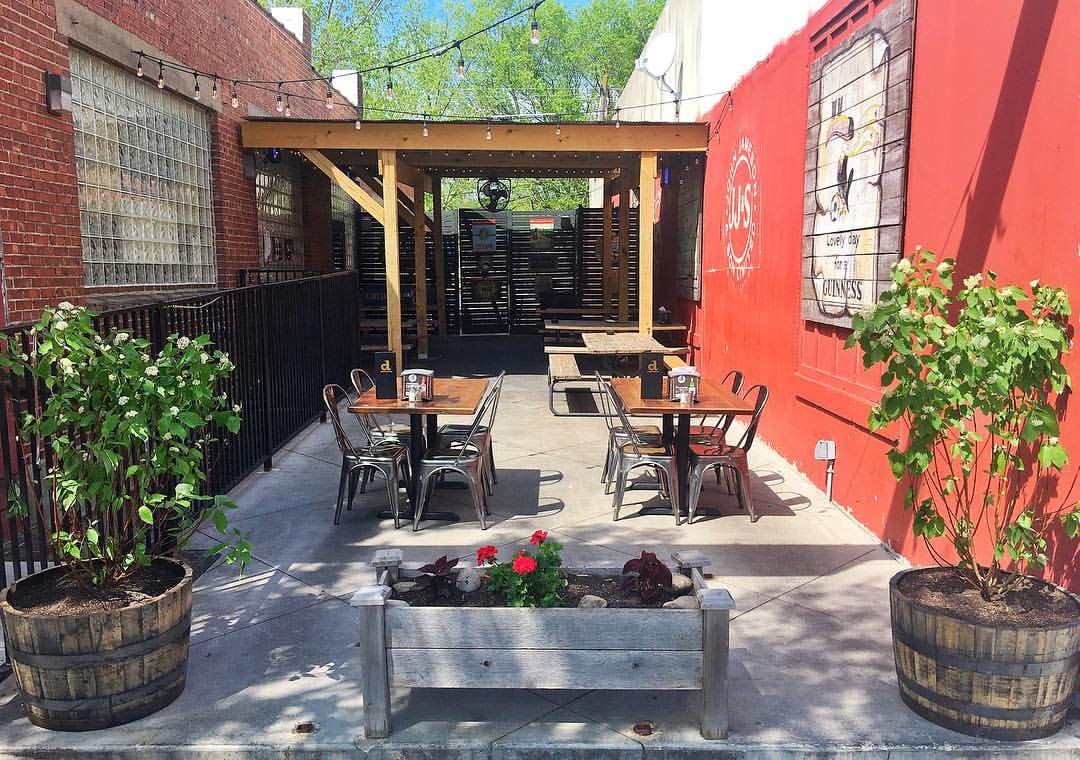 A canopy structure over the patio at Dempsey’s Burger Pub, 623 Vermont St., is shown in this photo from 2017.

According to court documents filed by the city, the 2013 site plan for Dempsey’s included an outdoor patio but did not include a roof or permanent canopy over any portion of the patio. The city’s lawsuit further states that the city provided Dempsey’s “ample opportunity” to remedy the situation. Consolidated Properties Inc. owns the building and was also a defendant in the case.

The city’s lawsuit states that the city received an “anonymous report” about the canopy structure in August 2016 and subsequently provided an initial notice to Dempsey’s. The restaurant then filed a building permit application for the already constructed canopy that the city did not approve because the plans violated building safety and fire prevention codes, according to the city’s suit. The city states that it sent a notice to Dempsey’s manager Steven Gaudreau in January 2017 and ordered that the code violations be corrected.

In March 2017, the city alleges that Dempsey’s filed new plans for the canopy, using steel rather than wood, but that no action to modify the structure was taken once the city approved the plans. The city alleges that the city prosecutor then filed a complaint against Gaudreau but that he did not appear. The city ultimately filed the lawsuit requesting that the canopy be removed and that Dempsey’s be prohibited from using the patio until the case was resolved.

Gaudreau did not immediately respond to a Journal-World inquiry about the case.

On June 12, Judge Paula Martin ordered Dempsey’s not to use the patio while the case was pending. Martin wrote that the canopy structure violates city code, which is enacted for the public welfare and to ensure building structures are safe. She further stated that the city has “no remedy to effectively enforce the city code unless a restraining order can be issued to prohibit the use of non-permitted illegal building structures.”

Soon after the order, the lawsuit was resolved. The city filed a motion to dismiss the lawsuit against Dempsey’s a few days later, on June 15, and final filings in the case occurred last week. City Attorney Toni Wheeler said in an email to the Journal-World that all code issues related to Dempsey’s patio have been resolved and the case has now been dismissed. 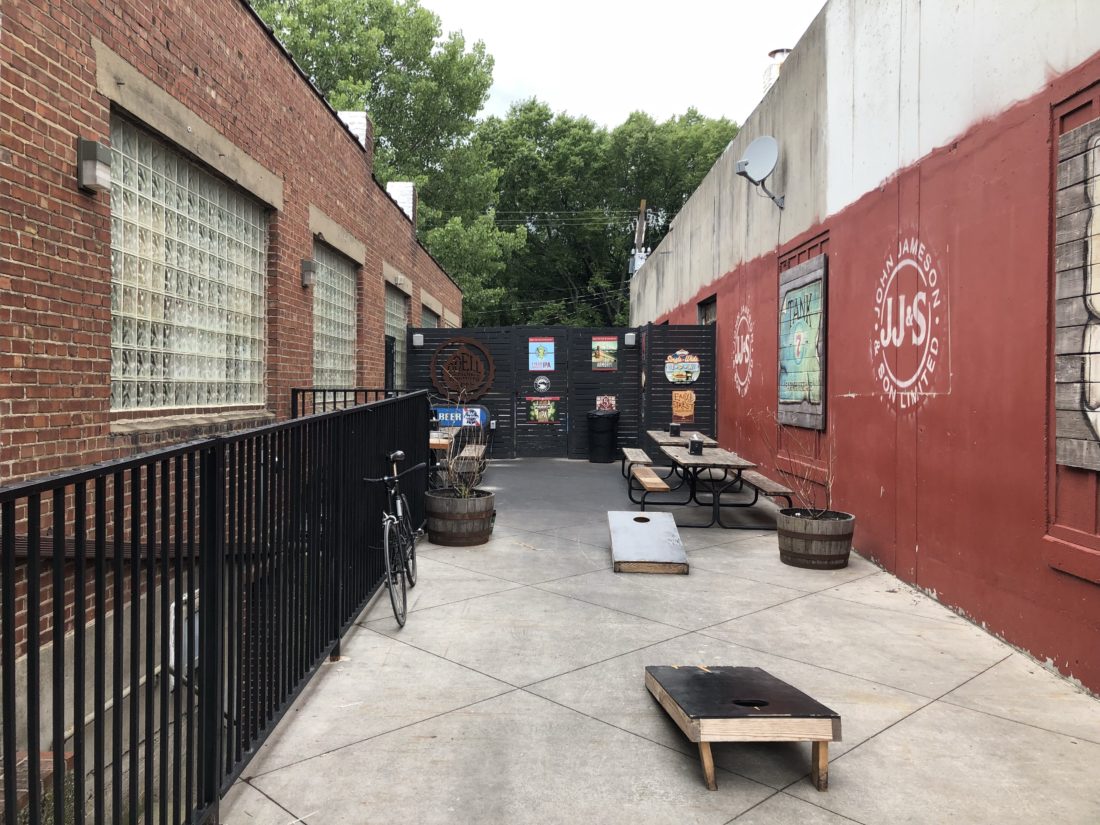