Here’s what we know about Heartland Community Health Center and its CEO situation; leadership is mum 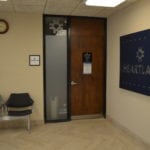 A week after the Journal-World reported that Heartland Community Health Center is seeking a new leader following the suspension of its previous CEO, its representatives have declined to comment and stopped responding to inquiries for more information.

It is still unclear why Jon Stewart will not be returning to the CEO position he held for more than a decade, but according to job postings on Heartland’s website, the safety net clinic is seeking a CEO and a CFO. As of Tuesday, representatives of Heartland have not answered repeated interview requests or questions sent via email.

Heartland announced in a news release on March 14 that its board of directors voted unanimously to suspend Stewart without pay while accounting firm BKD conducted a forensic review of the organization’s finances. The news release said further information would be provided at the conclusion of the review; however, that information has not come to fruition, and Heartland’s board is mum on the status of the audit.

Reached by phone June 11, Dan Watkins, the Lawrence attorney who has been representing Stewart, declined to comment or answer whether Stewart had resigned.

The clinic’s spokeswoman, Melanie Coen, at first directed all questions to James Pavisian, president of Heartland’s board of directors.

Pavisian, in an email response on June 11, said questions about Stewart should be directed to attorney Sean Sturdivan, a partner in the Overland Park law firm Sanders Warren Russell & Scheer LLP. He said the Heartland board has retained Sturdivan “to help the clinic regarding Mr. Stewart.”

Pavisian did not respond to multiple follow-up emails last week asking specific questions not involving Stewart, such as the current status of Heartland’s leadership, including whether the interim CEO announced at the time of Stewart’s suspension, Alexandra Nicholson, still holds the position; whether any other high-ranking administrators have left the organization; why all administrative staff has been wiped from Heartland’s website, which used to feature names and photos of many of the organization’s leaders and volunteers but now shows only its medical personnel; whether patients are experiencing or should expect to experience any changes in services or availability; whether there is a timeline for the CEO search; and what message Heartland’s board has for concerned patients.

In response to another follow-up email on Monday, Coen wrote back that “all media inquiries regarding Jon Stewart or Heartland’s CEO search will now be handled by attorney, Sean Sturdivan.”

Sturdivan did not respond to voicemails or emails sent last week, although an automatic email response said that he would be out of the office until Friday, June 15. He was also sent the same questions the Journal-World asked of Pavisian. As of Tuesday afternoon, Sturdivan has not answered additional emails or voicemail.

Heartland is a federally qualified safety net clinic that serves Douglas County and surrounding areas with primary medical care and other health services and assistance programs. Many of Heartland’s patients are uninsured, underinsured or otherwise medically underserved. The clinic offers a sliding scale of fees to make health care more affordable for those with income levels at or below 200 percent of the federal poverty level.

On Feb. 1, Heartland finalized a merger with the other major local provider for the medically underserved, the longtime safety net clinic Health Care Access. Heartland absorbed much of HCA’s assets and staff. HCA patients had the option of becoming Heartland patients, and HCA told its patients prior to the merger that any balances HCA patients had would be eliminated and not carried over to Heartland.

However, in a statement the day after his suspension was made public, Stewart said the merger “has created a tremendous strain on the culture of the organization,” though he did not elaborate.

He also said in the statement that he was “shocked and dismayed” by the board’s decision to suspend him. Heartland representatives have declined to answer further questions about the nature of its financial audit, but Stewart’s statement said he looked forward to meeting with auditors “to review my expenditures which they told me relate to travel expenses to a national conference on community healthcare.”

According to the job postings, Heartland’s board seeks a CEO candidate who “partners with the board,” “ensures sound financial practices,” “promotes excellent operations and work culture,” “collaborates with key community organizations and constituents” and “ensures legal compliance.” The posting does not provide a timeline for the hire, and Heartland representatives have not answered questions about it.

Stewart took over as CEO of Heartland in October of 2007 upon the retirement of Joe Reitz. The clinic was called the Leo Center at that time. The 990 tax form that Heartland interim CEO Nicholson filed with the IRS in March, published on the nonprofit records site guidestar.org, listed Stewart’s 2016 salary as $121,784.

Heartland representatives have not responded to questions about the last person to hold the position of CFO or how long the job has been vacant. However, Lily Yu was listed as the organization’s CFO on the 2016 tax form, with a salary of $15,692. According to Yu’s LinkedIn page, she left Heartland in April 2017 after holding the position for eight months.

Heartland’s mission statement, according to its website, is “to transform the health and lives of those in need through the love of Jesus Christ.”

Have a health story idea, news or events to share? 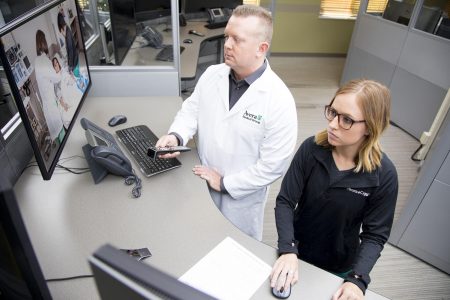