Fire at Lawrence scrap yard under control; cause under investigation but may be difficult to determine, officials say 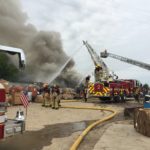 Smoke billows from a fire in the area of 11th Street and Haskell Avenue, Wednesday, June 13, 2018.

Firefighters spent over five hours putting out a fire that broke out in a large scrap metal pile in eastern Lawrence on Wednesday, sending a plume of black smoke over the neighborhood that was visible for miles.

The fire was reported shortly after 10 a.m. on the grounds of the 12th and Haskell Recycling Center, a scrap-metal business at 1006 E. 11th St.

No buildings caught fire, and nearby businesses and residences were not evacuated.

The fire was confined to a giant pile of compacted cars and other scrap metal outside. As multiple fire trucks poured water on the fire from above, an excavator clawed out crumpled car bodies and other scraps that weren’t on fire to separate them from the parts of the pile that were.

“So the firefighters were able to somewhat extinguish each car, or car remains, individually or in smaller piles,” Bradford said.

Bradford said firefighters would handle any flare-ups from lingering hot-spots if they occur.

Early on, crews at the scene knew they would have their work cut out for them with extinguishing the fire and digging through the scrap pile to ensure it stayed extinguished. 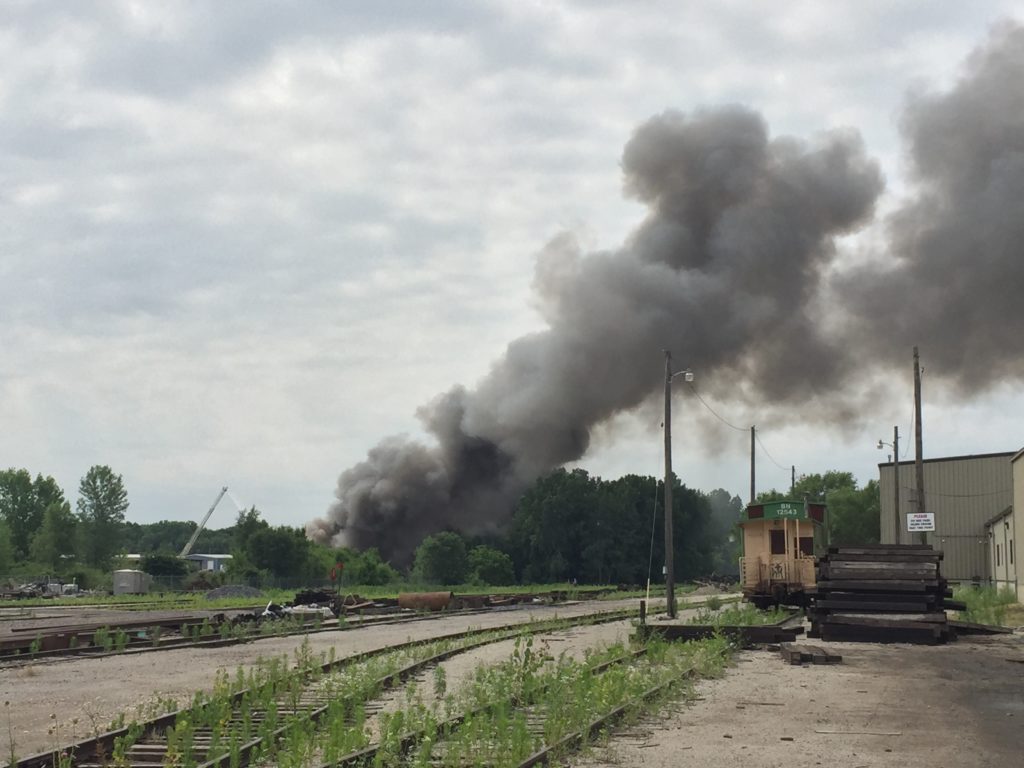 Smoke billows from a fire in the area of 11th Street and Haskell Avenue, Wednesday, June 13, 2018.

The cause of the fire hadn’t been determined Wednesday afternoon.

Bradford said his department would conduct an investigation but that he expected it to be difficult to conclude with certainty what ignited the fire.

Sounds of popping or small explosions could be heard during the fire. Bradford said those were probably items within the scrap pile releasing air as they became hot or burned. Car tires, shock-absorbing bumpers or even small propane tanks were probably all among possible culprits in the pile, he said.

Bradford said a dollar estimate for damages had not been determined.