Attorney: Man shot by Lawrence police is home from hospital 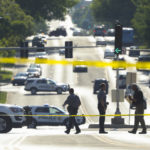 The man shot by a police officer in downtown Lawrence is now out of the hospital and recuperating at home with his family, his attorney said Monday.

In a statement on behalf of Akira S. “Nell” Lewis, attorney Shaye Downing added that Lewis appreciated the “support and concern” he has received from the community.

The case is now in the hands of the Douglas County District Attorney’s Office, which received the bulk of the investigation Friday from the Johnson County Sheriff’s Office, the outside agency that investigated on behalf of Lawrence police. In the meantime, with the case still open, information from authorities on what transpired remains on lockdown.

Lewis, for now, also isn’t talking about what happened, according to the statement from his attorney.

“Mr. Lewis anticipates making additional statements in the near future,” she said, “after there has been a reasonable opportunity provided for law enforcement to complete its investigation.” 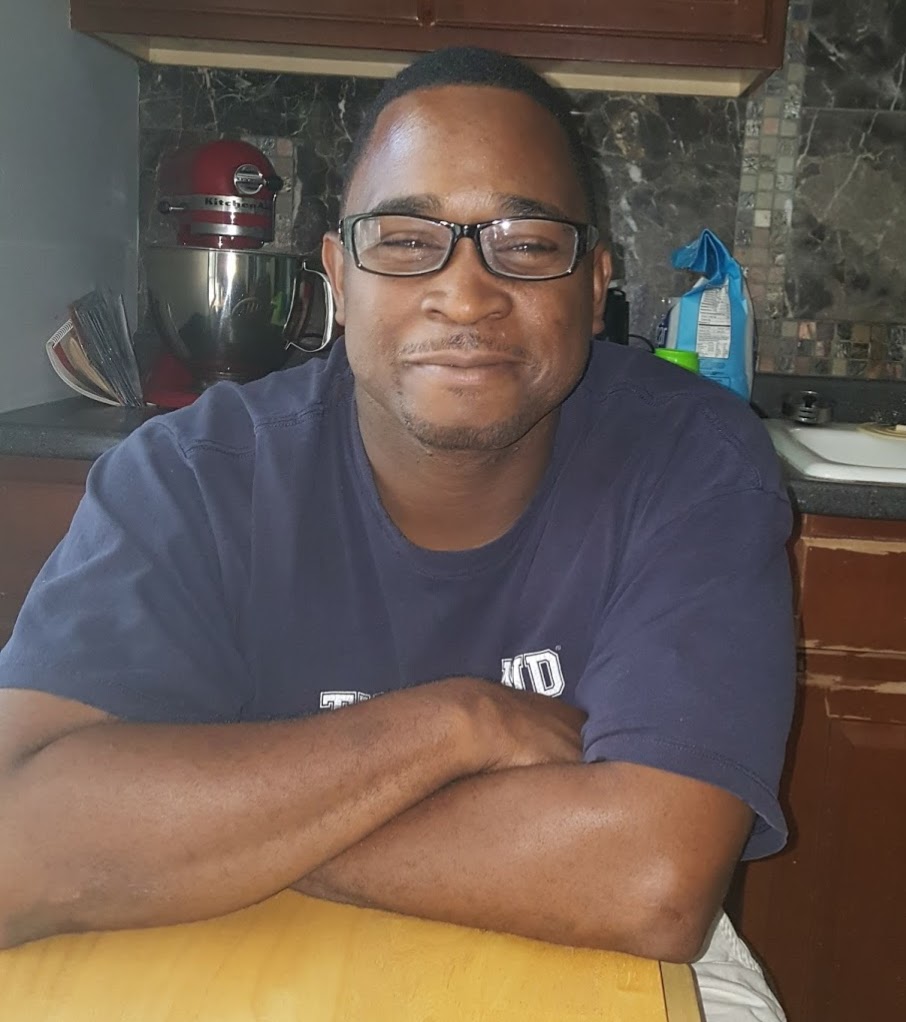 The DA’s office said Friday that it would begin its review immediately and take in remaining follow-up investigation as it is completed. There’s not a timeline for that process, but once the review is done the office said it would announce its decision.

The DA’s office is tasked with deciding whether criminal charges are warranted for anyone involved, which includes either of the officers or Lewis.

“The review will consider any criminal conduct committed by any person,” the office confirmed Monday, in an email from Cheryl Wright Kunard, assistant to DA Charles Branson.

Authorities still are not releasing those individuals’ names.

“We will not release the names of involved parties until our review is complete,” Wright Kunard said.

Lewis, 34, of Lawrence, whose identity the Journal-World confirmed independently, was shot about 5:10 p.m. May 29 in the 100 block of West Sixth Street, just west of City Hall at the north end of downtown.

A Lawrence police officer assigned to a special seat belt enforcement campaign initially pulled over Lewis for a seat belt violation. At some point, a second officer arrived at the stop.

“Once the additional officer arrived, the driver, who was uncooperative, was lawfully detained and repeatedly instructed to exit the vehicle but failed to comply,” the Johnson County Sheriff’s Office said in a news release the day after the incident. “The driver resisted arrest and a struggle ensued.”

During the fight, the officer was knocked to the ground and repeatedly struck by the driver, according to investigators. The backup officer fired a single shot, hitting the driver. 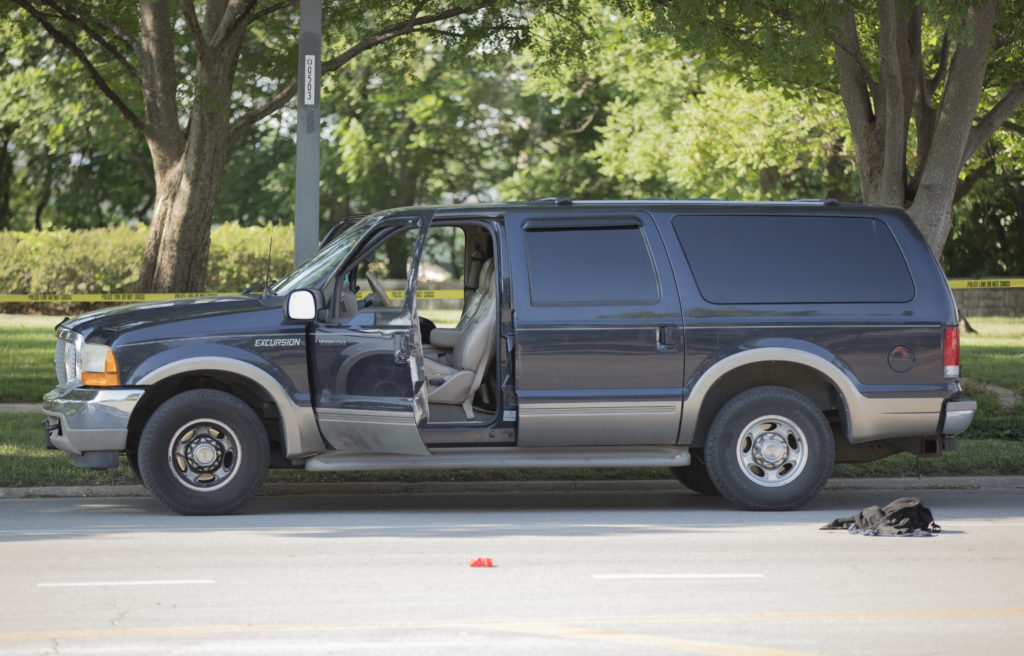 A witness told the Journal-World he saw a male officer speaking to the driver before the driver leaped out of his car, swinging at the officer with both hands before the two tumbled to the ground right in front of the witness’s car. The witness said that, within seconds, he saw a female officer run up, pull something from her belt and fire a shot from a few feet away.

Officers rendered first aid until medics arrived, Lewis was taken into custody at the scene, and he was taken to a hospital in stable condition, investigators have said.

Lewis, who has six children, is originally from Mississippi but has lived in Lawrence for years, according to sources close to him and court records. He has worked at area businesses including General Dynamics Information Technology, the Jet.com distribution center in Edgerton and Laird Noller Automotive.

Lewis has been ticketed six times in the past 10 years for driving without a valid license in Douglas and Johnson counties, according to court records.

He had two outstanding bench warrants at the time of the shooting — one from each county — for failing to appear in court for traffic cases in which he’d been charged with driving without a license and other violations.

He has a past felony aggravated battery conviction in Douglas County, for hitting a man with a baseball bat in January 2016, and he served probation for that crime.

In the recent incident, it’s still not clear where on his body Lewis was shot. Other questions remaining unanswered include why Lewis was ordered out of his car after being stopped for a seat belt violation, whether his outstanding warrants were a factor and how the encounter with police escalated into violence. Also unanswered is whether a knife — which Lawrence police have said was located at the scene — or any other weapons were involved in the incident.