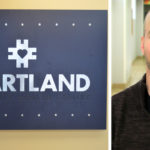 After announcing the suspension of then-CEO Jon Stewart in March, Heartland Community Health Center is now seeking to fill that position as well as to hire a chief financial officer, according to job postings on its website.

As of Monday afternoon, it was unclear exactly why Stewart is not returning to the position. He was suspended without pay while accounting firm BKD conducted a forensic review of the organization’s finances, Heartland announced in a news release on March 14.

In his email, Pavisian said the Heartland board has retained Sturdivan “to help the clinic regarding Mr. Stewart.”

Sturdivan did not immediately respond to a voicemail seeking comment Monday evening.

Lawrence attorney Dan Watkins, who has been representing Stewart, declined to comment Monday.

Heartland is a federally qualified safety-net clinic that serves Douglas County and surrounding areas with primary medical care and other health services and assistance programs.

After Heartland announced its board’s unanimous decision to suspend Stewart, Watkins gave the Journal-World a statement from Stewart, in which he said he was “shocked and dismayed.”

“I look forward to the opportunity to meet with the auditors the board has engaged to review my expenditures which they told me relate to travel expenses to a national conference on community healthcare,” Stewart’s statement from March 15 read. “I do not believe any of my actions or expenditures warrant the severe action the board has taken. Certainly, everything I have done has been disclosed.”

Stewart noted in the statement that Heartland’s merger with another longtime local clinic, Health Care Access, on Feb. 1, “has created a tremendous strain on the culture of the organization,” but he did not elaborate on that.

Stewart took over as CEO in October 2007, when Heartland was still called the Leo Center, following the retirement of Joe Reitz.

The 990 tax form that Heartland filed with the IRS in March, published on the nonprofit records site guidestar.org, listed Stewart’s 2016 salary as $121,784.

Lily Yu was listed as the organization’s CFO on the same tax return, with a salary of $15,692. According to Yu’s LinkedIn page, she left Heartland in April 2017 after holding the position for eight months, and she started a job as a budget analyst for the Kansas Department for Aging and Disability Services in March of this year.

Heartland said in its March news release that its chief operating officer, Alexandra Nicholson, would serve as interim CEO. It was unclear Monday if Nicholson still holds the interim position.