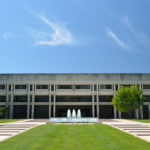 TOPEKA — In a case that abortion rights advocates hope will have an impact in Kansas, the Iowa Supreme Court earlier this month struck down a law in that state that imposed a 72-hour waiting period after a woman sees a doctor before she could have an abortion, saying such a law violates the Iowa Constitution’s guarantee of due process.

Attorneys in Kansas who represent abortion rights advocates filed a copy of that decision this week with the Kansas Supreme Court, asking it to consider the Iowa ruling a “persuasive authority” in a case that has been pending before the Kansas court for 16 months.

Whether or not the Kansas court will consider that ruling is entirely up to the discretion of the seven justices, University of Kansas constitutional law professor Richard Levy said in an interview. And even if they choose to do so, Levy said, it’s not clear how much weight the Kansas court would give it.

“A lot of times the Kansas Supreme Court will follow what the majority of other state supreme courts have done on similar issues, but not always,” he added.

Levy said both the Kansas and Iowa cases are part of a growing trend by abortion rights advocates to challenge state-level restrictions on abortion in state courts rather than federal courts, based on concerns that the U.S. Supreme Court is growing more conservative and might soon overturn the landmark 1973 decision Roe v. Wade that legalized abortion nationwide.

That has become even more of an issue in recent weeks with President Donald Trump’s nomination of Brett Kavanaugh to fill the seat of retiring Justice Anthony Kennedy, who was seen as a swing vote on Supreme Court abortion cases.

Key differences exist between the Kansas and Iowa cases involving the two state constitutions. Most notably, the Iowa case turned on that state’s constitutional guarantee that no one can be denied the right of life, liberty or property without “due process of law,” words that are conspicuously absent from the Kansas Constitution.

But Levy noted that the Kansas Bill of Rights does provide that “All persons, for injuries suffered in person, reputation or property, shall have remedy by due course of law, and justice administered without delay,” a provision that he said has been construed as the functional equivalent of a due process guarantee.

The Iowa court not only found that the due process clause applies to a woman’s right to abortion, but it even went so far as to call that right a “fundamental right,” which means any restrictions placed on it by the state are subject to a higher level of scrutiny than even federal courts have applied to abortion.

Abortion rights advocates in Kansas are hoping for a similar ruling. But abortion opponents have said if that happens, they will push for a state constitutional amendment declaring that there is no such right in Kansas.

The Kansas case challenges a 2015 law passed by the Legislature and signed by then-Gov. Sam Brownback that outlaws one particular procedure commonly used in second trimester abortions known as “dilation and evacuation,” or D&E, but which the statute refers to as “dismemberment abortion.”

The law was initially put on hold by a Shawnee County judge, pending the outcome of a trial. That injunction was appealed to the full 14-member Kansas Court of Appeals, which split 7-7, thus leaving the temporary injunction in place.

The Kansas Supreme Court heard oral arguments in the case in March 2017 but has not yet issued a decision.