Judge: 'At the intersection of university speech and social media, First Amendment doctrine is unsettled' 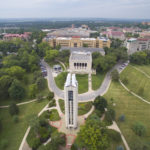 A University of Kansas student affairs administrator is immune from paying damages to a student who sued her after being expelled over social media posts, a federal appeals court has affirmed.

The opinion by the U.S. Court of Appeals for the Tenth Circuit was filed Friday, Jan. 5. It affirms a judge’s dismissal of the case in U.S. District Court in Kansas more than a year earlier, which the student appealed.

But the newly issued opinion doesn’t attempt to answer a First Amendment question some free-speech advocates hoped the KU case might resolve:

Can universities discipline students for things they post off-campus on social media?

The opinion, as did the lower court’s ruling, emphasizes that the question in fact remains “unsettled.”

“What happens when one student’s off-campus speech interferes with another student’s education on a university campus? (Navid) Yeasin’s case presents interesting questions regarding the tension between some students’ free-speech rights and other students’ Title IX rights to receive an education absent sex discrimination in the form of sexual harassment,” circuit judge Gregory A. Phillips wrote in the opinion.

“… At the intersection of university speech and social media, First Amendment doctrine is unsettled.”

In his federal lawsuit, Yeasin had sued KU vice provost of student affairs Tammara Durham for damages in excess of $100,000, saying KU’s wrongful expulsion delayed him in completing his education and cost him in lost employment and wages, emotional distress, mental anguish and litigation costs.

The court threw out the case because Durham is protected by qualified immunity. That doctrine, according to the appeals opinion, protects government officials from liability for civil damages if their conduct “does not violate clearly established statutory or constitutional rights of which a reasonable person would have known.”

The appeals opinion says Yeasin failed to show that Durham violated his “clearly established” rights to free speech under the First Amendment or to due process under the Fourteenth Amendment.

The opinion explains that the constitutional question about whether universities can discipline students over things they post on social media is not “clearly established.”

Here’s what led to the litigation, according to facts outlined in court documents:

Yeasin, admitted to KU in fall 2010 to pursue a degree in petroleum engineering, was expelled in 2013.

He’d had a romantic relationship with a female KU student that ended in summer 2013, following an incident in Johnson County that led to criminal charges and a protection order against him in Johnson County courts.

Yeasin blocked the female student from seeing his Twitter posts. Over a period of four months, he proceeded to post about 14 tweets that referenced but did not name her. Those tweets included profanity and derogatory statements about her body.

When both students returned to campus in August 2013, the woman filed a sexual harassment complaint against Yeasin with KU’s Office of Institutional Opportunity and Access (IOA).

The office ordered him to have no contact with her, and told him that included the social media comments about her, whether they named her or not.

In October 2013, the IOA determined that Yeasin had sexually harassed the woman — both in the Johnson County incident and through his tweets, which a friend showed to the woman. KU said the woman was “fearful for her safety on campus and wanted to stay inside her sorority house,” and ruled that Yeasin’s conduct was so “severe, pervasive, and objectively offensive” that it interfered with her education.

In November 2013, following a hearing, KU expelled Yeasin for nonacademic misconduct and banned him from campus.

Yeasin then sued KU in Douglas County District Court, where a judge ruled in September 2014 that KU was wrong to expel him because administrators erroneously interpreted the student code — as written at the time — by applying it to off-campus conduct.

KU did not immediately let Yeasin re-enroll. Instead, the university appealed to the Kansas Court of Appeals, which in September 2015 affirmed the lower court’s ruling.

Yeasin has since re-enrolled at KU. He was listed as a student this week, according to the KU directory.

Title IX is the federal law requiring universities to investigate and adjudicate reports of sexual harassment, including sexual violence, on their campuses. By doing so, universities are supposed to ensure that a hostile environment does not prevent students from accessing their education.

Some free-speech watchers have debated whether KU was right to discipline Yeasin for his off-campus and online behavior against his ex, and how the case could apply to other universities.

The Student Press Law Center, on its website, used the Yeasin case to argue for courts making a ruling on what it described as a difficult constitutional question.

“It was an interpersonal dating issue, and the guy was a complete jerk,” Bonney previously told the Journal-World. “KU had no iron in that fire, and yet they reached out and disciplined him.”