STD rates on the rise in Douglas County; gonorrhea experiencing most dramatic surge 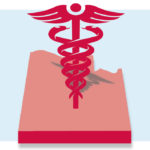 Local health officials say cases of sexually transmitted diseases continue to climb at an alarming rate within Douglas County, mirroring a national surge in chlamydia, gonorrhea and syphilis that hit a record high in 2017.

The Lawrence-Douglas County Health Department is sounding that alarm locally, where reported cases of gonorrhea, especially, have spiked over the last three years. Gonorrhea rates in Douglas County saw a 48 percent surge from 2015 to 2016, jumping from 83 cases to 123. What’s more, there were nearly as many cases (121, to be exact) reported between January and June 2017 as there were in the entire previous year.

Sue McDaneld, a family planning nurse practitioner at the LDCHD clinic, attributes this partly to an increase in testing paired with improved testing measures.

“I think we’d still say we’d rather not be seeing this jump,” McDaneld said. ” … Our ultimate goal is to reduce that infection rate, even though we continue to test and screen our most at-risk populations on a pretty regular basis.”

Those McDaneld sees most often for testing are in their 20s, which she said follows national trends and stems partly from a more casual attitude toward sex (i.e., “hookup culture”) among younger generations. Parents in Douglas County might take some comfort in knowing STD rates among local teens remain surprisingly low in comparison, McDaneld added.

“With both gonorrhea and chlamydia, the ultimate risk isn’t just the infection itself,” McDaneld said, referring to the minimal or complete absence of symptoms associated with both diseases, which, left untreated, can lead to infertility problems.

But gonorrhea, which has historically been less common in Douglas County, presents a far greater challenge for clinicians and health officials, McDaneld said. It is becoming more resistant to antibiotics treatments.

This resistance is strengthening the disease, in some cases making it impossible to treat, according to the World Health Organization. McDaneld said the Lawrence-Douglas County Health Department has used five different antibiotics to treat gonorrhea so far. Its current antibiotic is the last known to effectively treat the STD.

This rising resistance is also why it’s important that gonorrhea be detected early, to keep the disease from spreading. Those most at risk include people with multiple sexual partners, men who have sex with other men, populations in which intravenous drug use is common, and young people, generally.

McDaneld’s advice for avoiding STDs? “It’s pretty straightforward,” she said. Use protection, and make sure you communicate with your partner.

“It’s important too that if they are exposed that they respond to that quickly and get seen for testing and treatment,” McDaneld said. “And also to consider making sure they’d have those discussions with partners before becoming sexually active.”

In an effort to make services more accessible, the Health Department shifted last year from an appointment-only system to also offering walk-ins during business hours. Walk-in clinic hours are 10 a.m. to 6 p.m. Mondays, 10 a.m. to 4 p.m. Tuesdays, Thursdays and Fridays, and 10 a.m. to 5 p.m. Wednesdays.