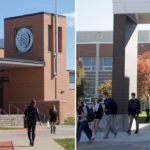 The Lawrence school board agreed Monday to begin planning for Lawrence and Free State high school students to sleep in another 25 minutes, starting in August 2019.

At the conclusion of a work session Monday, the board directed staff to begin planning to start high school classes at 8:30 a.m. with the start of the 2019-2020 school year. The first high school “zero hour” classes now start at 8:05 a.m.

With the decision, the board agreed to an implementation schedule that will have staff schedule in March, April and May a first round of informational and listening forums with students, parents and staff. During those same months, district officials will meet with district bus contractor First Student about the need for more buses, routes and drivers when the high school start and dismissal times differ from those of elementary and middle schools. District officials also will develop the cost of those additions. It is now estimated the later high school start and dismissal times will add $100,000 per year to district transportation costs.

Board member Rick Ingram has long called for later start times, citing research that indicates it improves academic performance, attendance and graduation rates while reducing tardiness, teen vehicle accident rates and sports injuries. At Monday’s work session, he said later start times was an equity issue because research shows minority students tend to get less sleep and the sleep they do get is of less quality.

“I would like to see 9:30 or 10 in the morning,” he said. “There is data from the American Academy of Pediatrics those later start times have a bigger impact, but we thought 8:30 was doable.”

In August, Ingram was unsuccessful in getting the start-time change listed among this year’s board goals. The board did agree, however, to include questions on the issue on a community phone survey and on a November online survey aimed at district parents and staff. The phone survey showed 78 percent of responders favored the board continue to study later morning start times or make them a priority. Online survey results showed 69 percent of parents and 63 percent of staff supported making later start times a board priority or subject of further study.

Those survey results swayed Ingram’s fellow board members to support a 25-minute delay in high school morning starts, but not to join his call to introduce the change at the start of the 2018-2019 school year. That was too constricted a schedule to do proper planning or get feedback from parents, students and staff on the consequences of later start and dismissal times, the majority of the board agreed. Concerns identified by board members include conflicts with parent work schedules, high school students who provide after-school daycare for younger siblings, students losing more class time to afternoon athletic events and the effect on student employment.

“I would rather we take the time to do this right and take deliberate steps,” Board President Shannon Kimball said.