Chef’s Choice: Breaking out of the downtown box at Nagoya 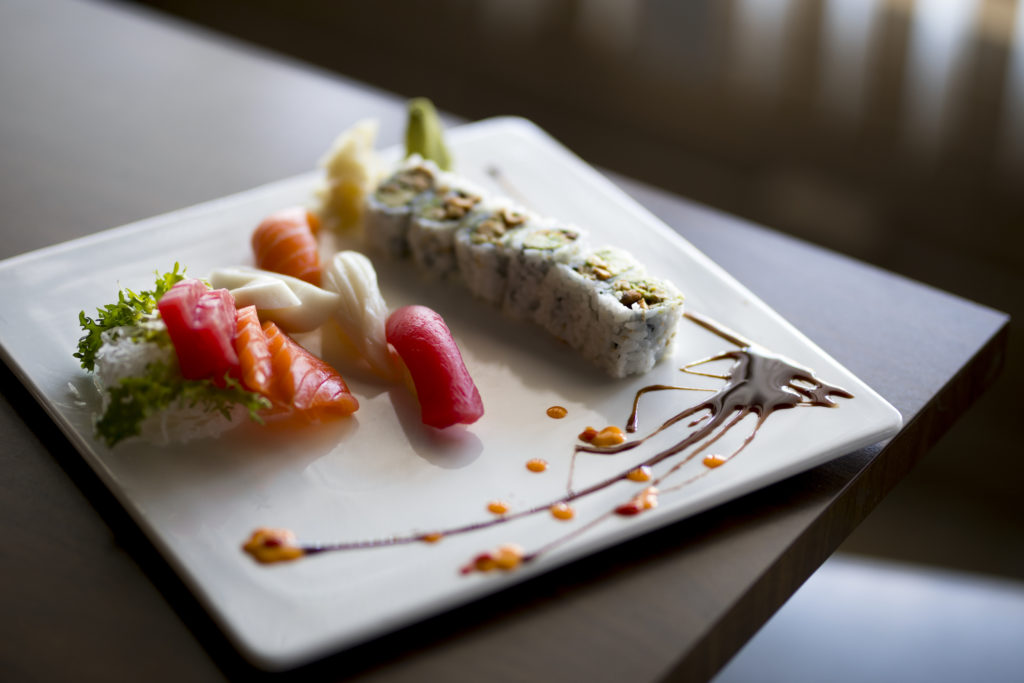 It’s no secret that most often, the culinary gems of a city are typically found in the prime, downtown real estate. Zach Thompson, consultant chef for 715, agrees with such a point, but also has another message, which pretty much boils down to this: Don’t overlook the strip malls.

“There’s a lot of smaller businesses on the periphery of town that can’t necessarily afford downtown rent prices, but they’re just as impactful and good as other restaurants downtown,” says Thompson. “You’re starting to see it more and more. Definitely here in Lawrence, definitely in Kansas City.”

Nagoya, which is owned by husband and wife Vincent and Michelle Yu, is approaching its two-year anniversary in May.

“For me, location has nothing to do with it. It’s quality of food and quality of service,” Thompson said. “I’ve never been disappointed. I’ve always had a good meal here.” 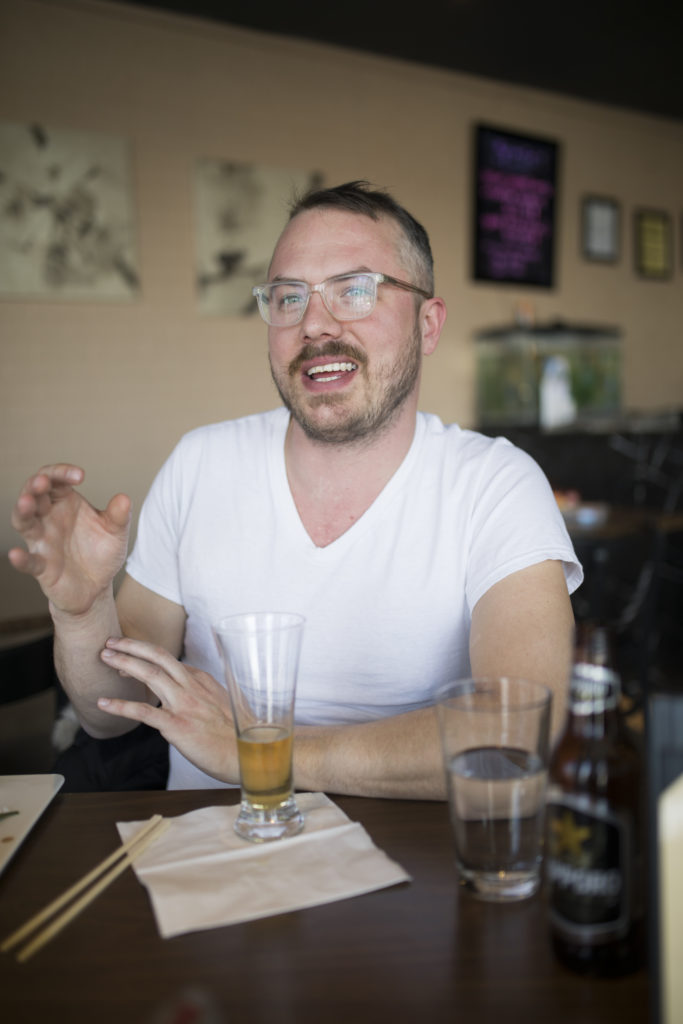 As for the food, the first thing we ate was the clear soup, which consists of pork broth, raw mushrooms, caramelized onions and green onions.

“I love the fact that the mushrooms are raw because it gives a huge dose of that earthy flavor, and then the caramelized onions give you that roasted, sweet flavor. It’s like the perfect balance of four things,” Thompson said.

Next came the sushi and sashimi lunch combo with an avocado and peanut roll along with a specialty appetizer, which on our visit was white tuna topped with seaweed salad in a wasabi yuzu dressing. For anyone who has never heard of a yuzu before, it is a Japanese citrus fruit that looks like a cross between a lemon and an orange, but tastes more like a cross between a grapefruit and a lime. Go figure that one out.

“When I come here, I always get some sashimi, just the fish,” says Thompson. “I typically steer away from the specialty rolls. For me, Japanese food is just so much simpler, and the less going on, the better.”

When the plate of sashimi and nigiri arrived, the balance of colors and textures and the overall skill of the presentation was immediately apparent. The second thing that occurred to me was a subtle feeling of guilt that I was about to thoroughly undo what someone obviously took a great amount of care in preparing. I quickly got over that and dug into the meal, which included cuts of salmon, tuna and squid. 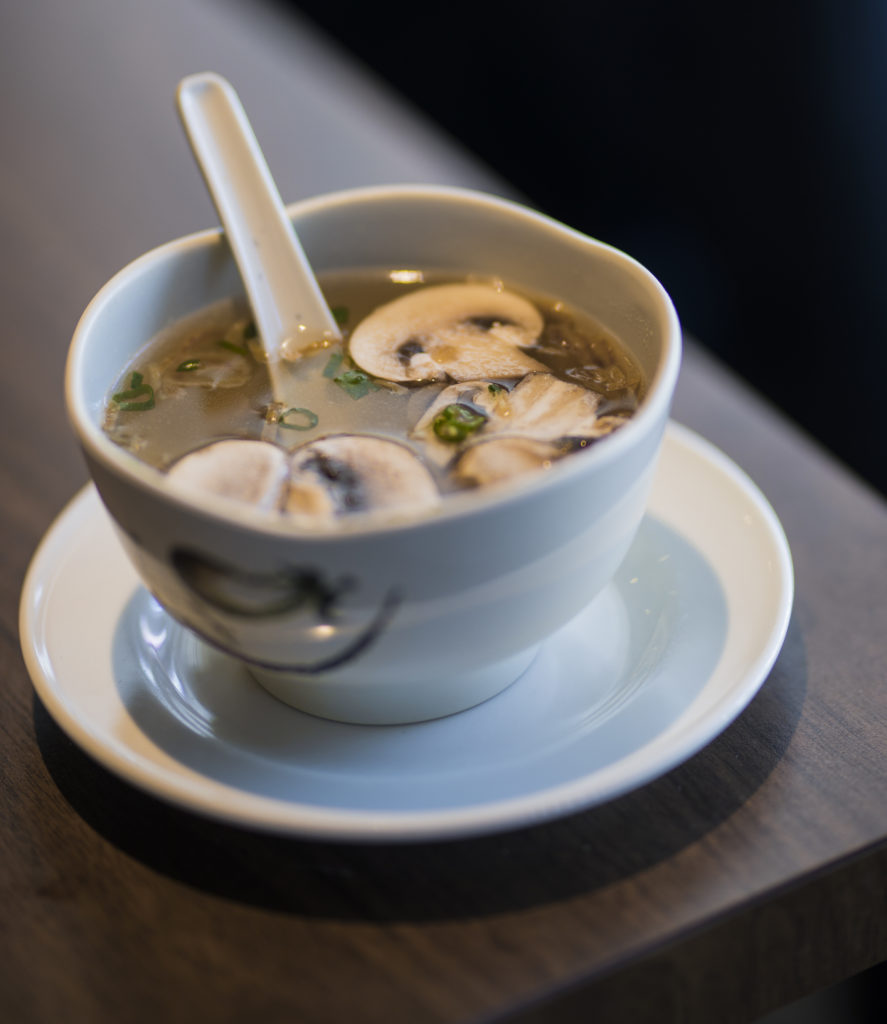 “It’s really clean eating — that’s what I like so much about sushi,” Thompson said. “I never feel bad, ever, after eating sushi. I feel energized; I feel ready to go.”

So, if what Thompson says about strip malls is true, the next time you find yourself in a coin-op laundromat and you’ve got 45 minutes to kill, maybe the best thing you could do is go exploring for food. 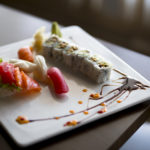 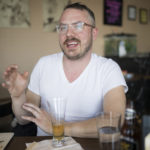 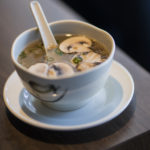