Bangladeshi-born Lawrence scientist, father of 3 now facing deportation after 30-plus years in U.S. 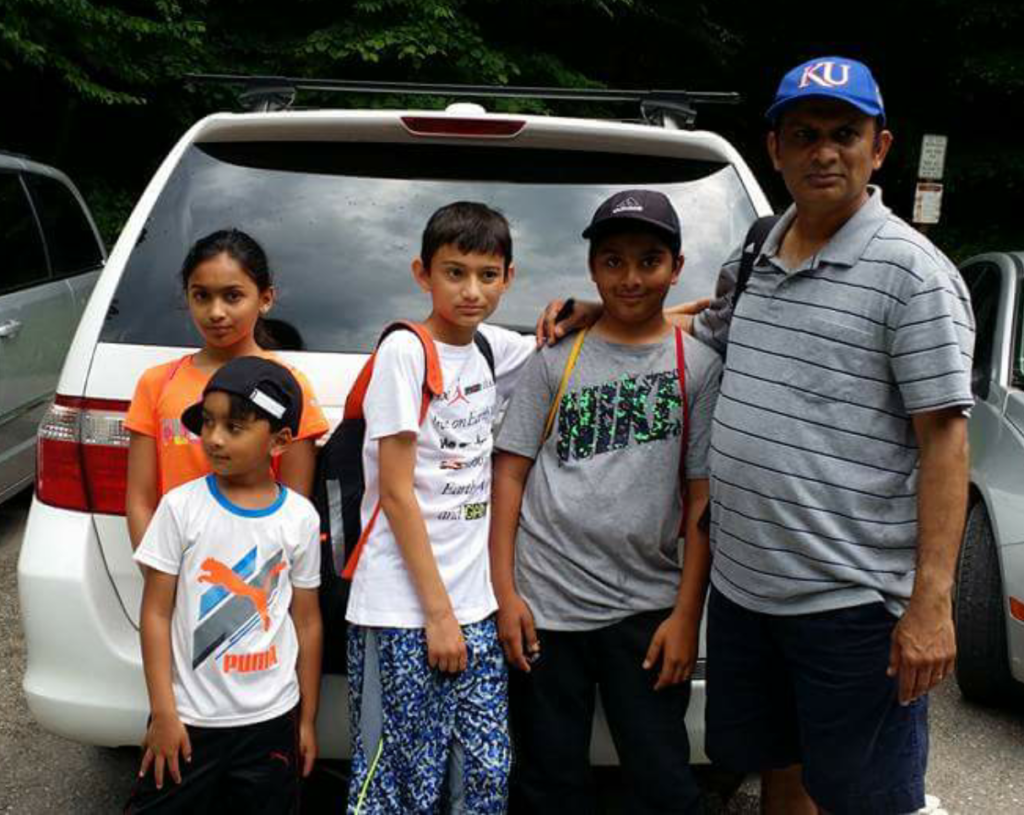 Syed Jamal, seen here with his daughter, two sons and his nephew during a family vacation in Tennessee, is facing deportation after more than 30 years in the United States. Jamal, a Lawrence research scientist and academic, has three American-born children, all of whom attend Lawrence schools: Taseen, 13, Naheen, 12, and Fareed, 6.

Syed Jamal has lived in the U.S. for more than 30 years. He has studied here, earning multiple degrees from area universities, has worked here, as a research scientist and an educator, and has chosen to raise his family here.

America is the only country Jamal’s three children have ever known. But, having overstayed his visa and having failed to leave the country voluntarily, the Bangladeshi-born Lawrence father is now jailed and facing deportation. His family wants him home, and they’re asking their community for help.

“I don’t know if he’s going to come back or what,” Angela Zaynub Chowdhury, Jamal’s wife, told the Journal-World earlier this week. “The kids keep asking me, and I have no answer.”

Chowdhury, who came to the U.S. from Bangladesh after marrying Jamal in 2002, said Jamal was readying their kids for school last Wednesday morning when Immigration and Customs Enforcement agents pulled up outside the family’s Lawrence house. The arrest, which took place in Jamal’s driveway, was a “complete shock,” she said.

“They just showed up,” Chowdhury said. “They put handcuffs on his hands, and they wouldn’t let us hug him or talk to him.” 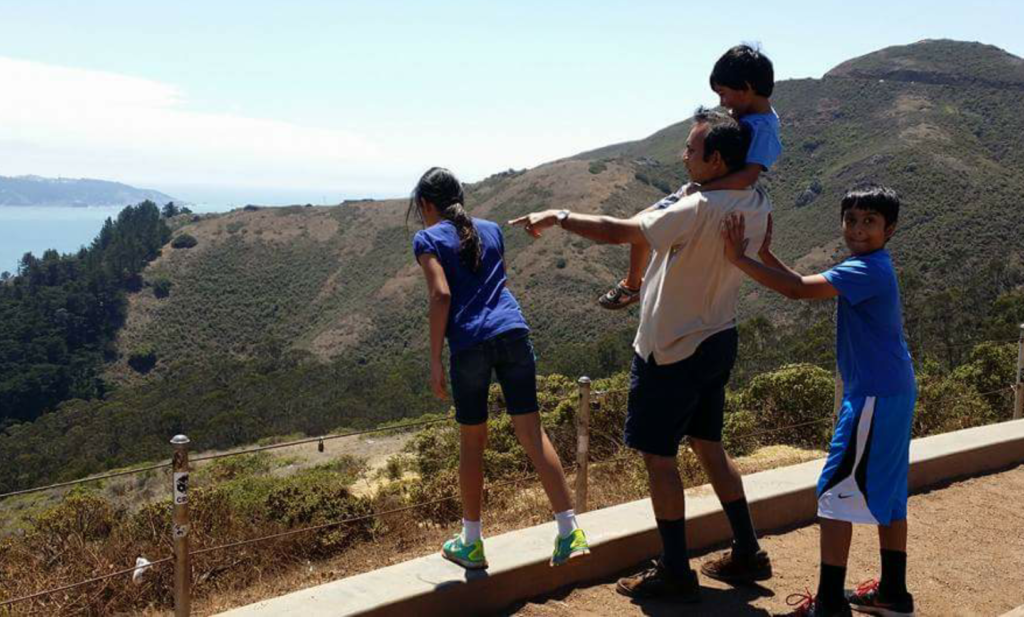 Lawrence father Syed Jamal, pictured here with his children, was arrested last week and is now facing deportation after more than 30 years living in the U.S. In this photo, the research scientist enjoys a lighthearted moment with his daughter, Naheen, and sons Fareed (on shoulders) and Taseen, during a family vacation in California.

Chowdhury said her husband was immediately taken to the Morgan County Adult Detention Center in Versailles, Mo., where he awaits deportation. Jamal overstayed his visa several years ago and was given the option to return to Bangladesh voluntarily, Chowdhury said, but decided to stay in the U.S. because of their three American-born children.

Jamal has no criminal record in Douglas County.

After processing her initial shock, Chowdhury began reaching out to friends in the Lawrence community, with the hope that letters written on Jamal’s behalf might convince the government to grant him a stay of removal.

As of Friday afternoon, an online petition created in his name had reached more than 1,500 signatures and counting. Marci Leuschen, a science teacher at Free State High School, launched the campaign after hearing of Jamal’s situation earlier this week.

Leuschen described Jamal as a devoted family man, scientist and community leader in her online petition page, a sentiment she later expressed to the Journal-World. She said Jamal served on the site council for several years at Sunflower Elementary School, and has also worked on equity initiatives at Southwest Middle School, where his daughter is currently a seventh-grader.

“In a world where parents might not necessarily go volunteer and help with the school, this man was doing that and exceeding that with site council and things like that,” Leuschen said.

Leuschen said her son attended both elementary school and middle school with Jamal’s oldest, Taseen. Over those years, Leuschen said, she saw firsthand Jamal’s commitment to his children’s education.

The avid classroom volunteer even applied for a spot on the Lawrence school board last spring. His goal, Jamal told the Journal-World at the time, was to foster connections between schools and parents.

Jamal arrived in the Kansas City area as a student in 1987, attending Rockhurst University. He earned bachelor’s degrees in biology, biochemistry and philosophy in 1997, before earning his master’s degree in pharmaceutical sciences from the University of Missouri-Kansas City in 2001.

When the Journal-World interviewed him in March 2017, Jamal had put aside his doctoral studies at the University of Kansas, and was working as a research scientist at his brother’s startup company, Jives Biotech, in addition to teaching at area colleges. His family worries that his current research, interrupted by his imprisonment, may go unpublished if he is sent back to Bangladesh.

Another Lawrence teacher, who wished to remain anonymous for this story, said she was shocked to hear of Jamal’s arrest and potential deportation. She has watched Jamal interact with her students, including his two older children, over the years as a parent volunteer. She described the Lawrence father as an enthusiastic classroom volunteer, always “happy” to help with science lessons and STEM-centric extracurriculars.

“I just want to support them, because I think they have some pretty amazing kids, and they’re amazing parents,” the teacher said of Jamal and his family. “He’s a very well-respected scientist who’s done great research. This is exactly the kind of person we want in our community.”

For now, the family is hoping for the best. Attorneys have told Chowdhury there is only a slim chance — just “1 percent,” she said — of the government granting Jamal a stay of removal, which she said would allow Jamal a pathway to permanent residency. Essentially, “if they let us stay a couple years, he will be legal,” Chowdhury said.

But Chowdhury also said her husband could be deported any day now. And it’s weighing heavily on her family. Chowdhury, as a live organ donor, only has one kidney, and she worries about the stress on her body. She worries about her husband, an ethnic minority in his home country who may face prejudice, violence, or even death, she said, if he is sent back to Bangladesh.

And she worries about her children, too — that their education may be interrupted or hindered, that they may suffer lasting consequences with their father gone and their mother already in fragile health.

“It’s going to hurt them very much,” she said. “If I get sick, what will happen to the future of my three American kids?”

Those interested can sign the petition at www.Change.org. (Search for “Help to stop the deportation of Syed Jamal.”) Community members are also encouraged to address letters of support to the U.S. Department of Homeland Security. Mailing and email addresses can be found at www.dhs.gov/direct-contact-information. Letter writers are asked to include Jamal’s case number — 095209456 — in their letters.

Community members are also encouraged to write letters and sign the petition during two events Saturday. The first, from 2 to 3 p.m., will be at Plymouth Congregational Church, 925 Vermont St. The Islamic Center of Lawrence, 1917 Naismith Dr., will host a second session from 4 to 5 p.m. 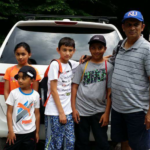 Syed Jamal, seen here with his daughter, two sons and his nephew during a family vacation in Tennessee, is facing deportation after more than 30 years in the United States. Jamal, a Lawrence research scientist and academic, has three American-born children, all of whom attend Lawrence schools: Taseen, 13, Naheen, 12, and Fareed, 6. 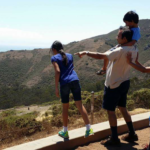 Lawrence father Syed Jamal, pictured here with his children, was arrested last week and is now facing deportation after more than 30 years living in the U.S. In this photo, the research scientist enjoys a lighthearted moment with his daughter, Naheen, and sons Fareed (on shoulders) and Taseen, during a family vacation in California.