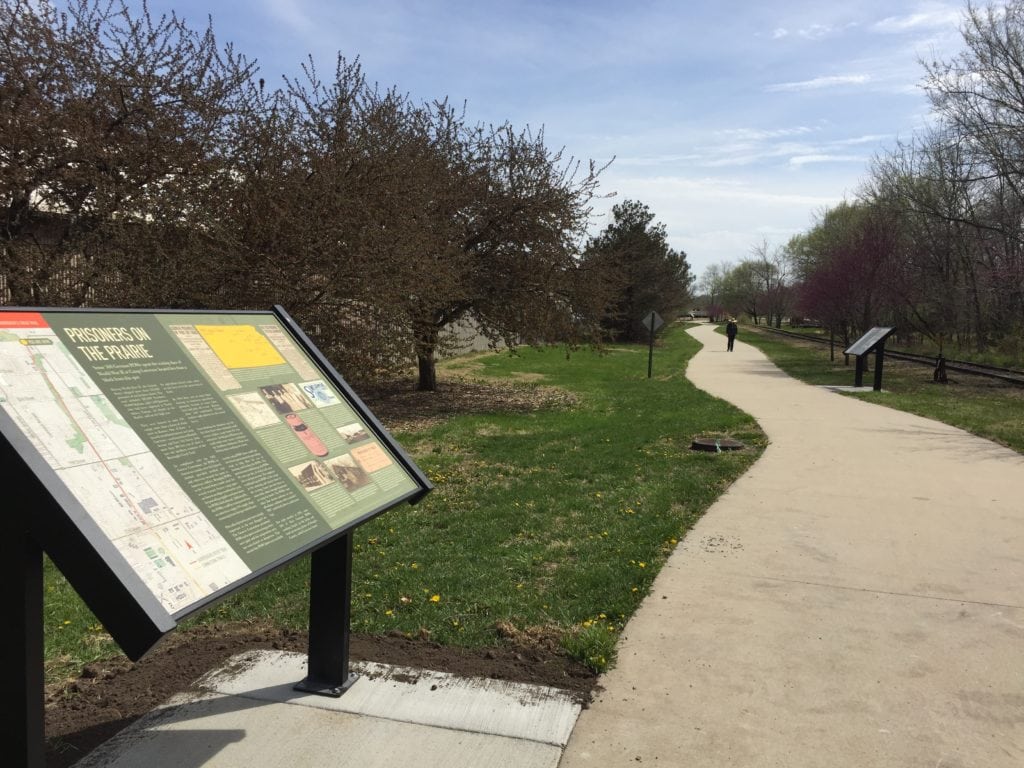 A collaboration of local historians and researchers helped create 10 panels telling stories from Lawrence's past. The panels are installed along a 1.7-mile segment of the Lawrence Loop trail in eastern Lawrence.

Stories and photographs consigned largely to archives — the amusement park that influenced Langston Hughes, the camp that held German prisoners of war during World War II — are taking a more visible place in Lawrence’s history.

Local historians and researchers have collaborated to create an outdoor exhibit, Hike through History, that includes 10 panels installed along a 1.7-mile stretch of trail that runs through eastern Lawrence.

Watkins Museum of History is one of the organizations involved, and museum director Steve Nowak said the panels are placed near locations connected to the stories they depict. He said he thinks that element creates a different perspective for those viewing the panels.

“I think that it’s an exciting way to get people thinking about the history of the community and appreciating the places where history took place,” Nowak said. “We kind of always think about it as stories, and not having a tie to a physical location, and this is a great way to make people think about that.” 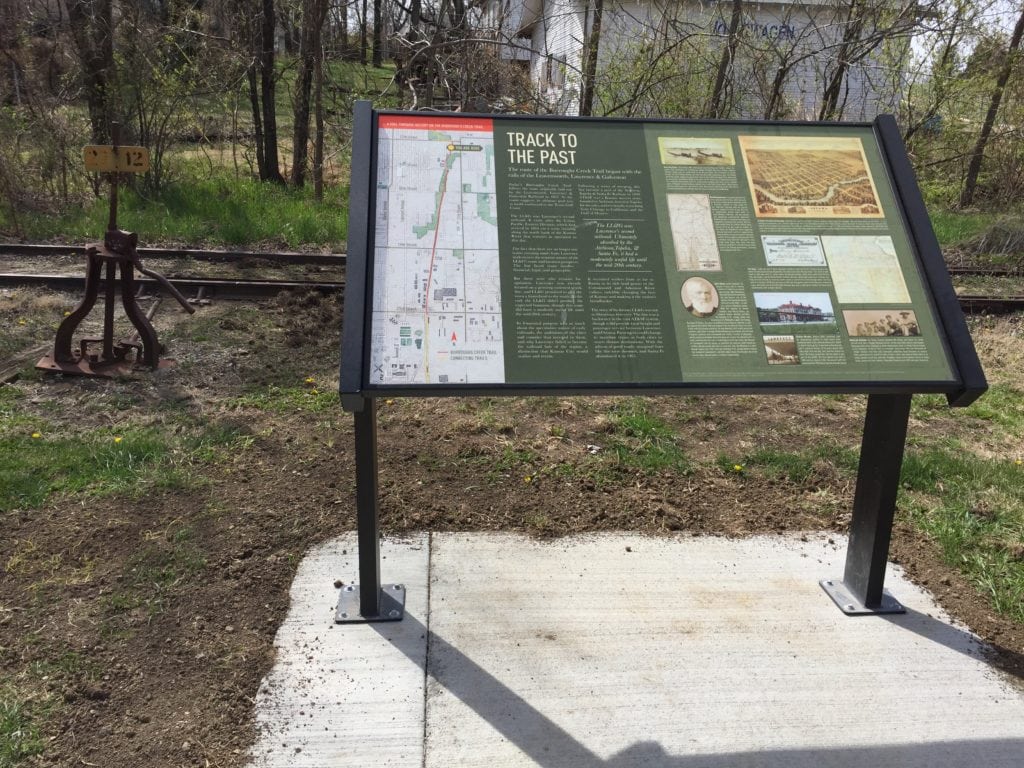 A collaboration of local historians and researchers helped create 10 panels telling stories from Lawrence's past. The panels are installed along a 1.7-mile segment of the Lawrence Loop trail in eastern Lawrence.

One panel tells of an amusement park, once located near Hobbs Park, that banned African-American children and influenced the poetry of Langston Hughes. Another panel tells the story of Camp Lawrence, where about 300 German POWs were housed in 1945.

Panels also mark the route of William Quantrill and tell stories of famed East Lawrence resident William S. Burroughs. Others tell of how the Haskell family impacted the city, and about other early Lawrencians who became the namesakes of streets such as Barker and Learnard.

The project was the idea of the late Henry Fortunato, a former visiting fellow at the Hall Center for the Humanities. Fortunato worked on the project for four years before his death earlier this year. His son Xander Fortunato said that his father loved hiking and history, and the project was a way to make history more active and more accessible.

“I think if he had a mission in the world, it was that he wanted to bring (history) to life in a way that was accessible to lots people,” Xander Fortunato said. “He wanted to bring it out into the world and make it something that people could go and do and experience … You don’t have to go digging into archives the way he did.”

Henry Fortunato partnered with the Hall Center, Lawrence Public Library, Watkins Museum of History and Freedom’s Frontier National Heritage Area on the project, according to a press release from the city. The release says the project also received support from Dolph and Pam Simons, the city of Lawrence and the Lawrence Parks and Recreation Department.

Freedom’s Frontier Executive Director Jim Ogle said he appreciates Fortunato’s vision for the project. He said history and exercise don’t normally go together, and the panels provide a unique way to learn interesting pieces of Lawrence’s past. He said even he was surprised by some of the historical details in the panels, and he suspects some of the information will be new to others as well.

“I think if you did a 100-question quiz associated with what’s on these panels on Burroughs Creek, I bet a whole lot of people would not get 50, let alone 100,” Ogle said. “Because there are so many interesting stories about what has happened in Lawrence, and they are told with a sense of wit about them.”

Ogle said he thinks the project is a great example of how a lot of different resources in Lawrence can come together to create something special for the community.

The 10 panels are installed along the Burroughs Creek Trail and Linear Park path, which runs through eastern Lawrence from 11th Street to 23rd Street, according to the release. A public ceremony to mark the installation of the panels will be held from 9:30 to 11 a.m. Saturday, April 28 at Burroughs Creek Park, 900 E. 15th St.