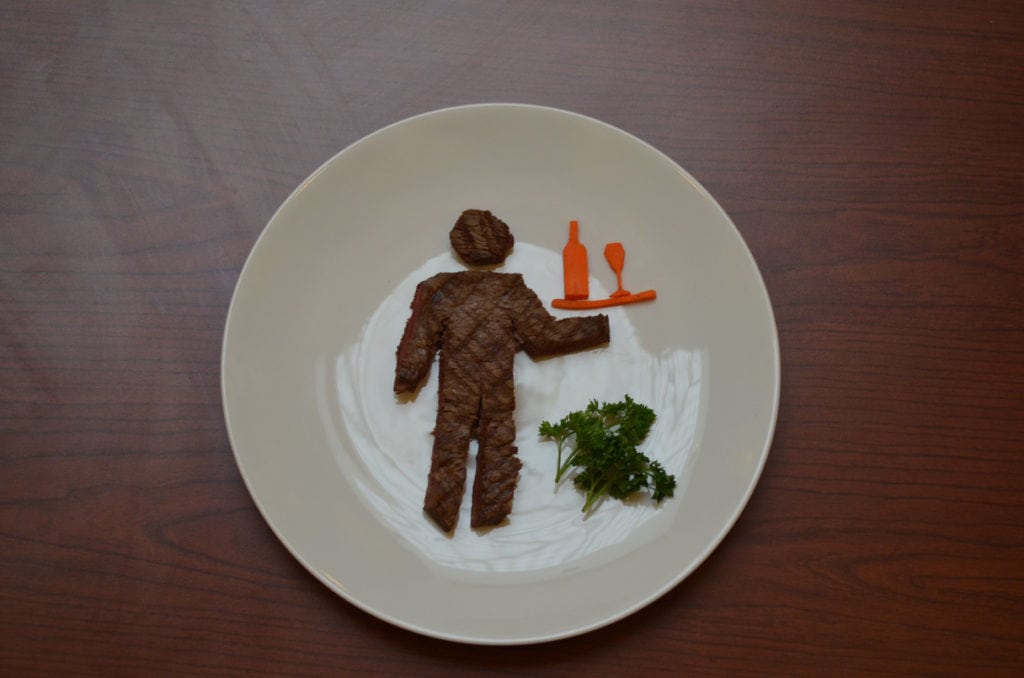 Often when she’s on the clock as a server at Buffalo Wild Wings, 19-year-old Alix Caldwell is told she’s “hot” or “sexy.” Customers ask her, “Do you have a man?” And a few have even tried to take off her engagement ring.

More than once, she said, men have tried to follow her to her car — or even her house — after she gets off work.

Sexual harassment, in one form or another, is commonplace in bars and restaurants, both locally and across the country. And for Caldwell and other servers, they often feel there’s rarely anything they can do about it. In a job that’s often entirely reliant on tips for a source of income, sometimes the server feels as if there’s no other option but to smile and move on.

“I think they think they can get something out of it,” Caldwell said. “And they act like that because they know we need the money.”

Since 2010, however, Lawrence bars and restaurants have been slowly working to address sexual harassment and power dynamics in their respective environments.

Kelsey Hunter, a prevention specialist at the Lawrence Sexual Trauma & Abuse Care Center, has worked with a program called the SafeBar Alliance, which provides training to bars and drinking establishments in Lawrence regarding recognition and intervention in instances of sexual harassment.

Hunter said the SafeBar training was requested by local bars and restaurants as a way to better train and educate their staffs. She said it works not only to identify and respond to situations of harassment, but also to ensure the establishment has a clear policy to which all employees can understand and follow.

“The first thing that’s really important is in part of our training, we’ve heard from staff and managers that the training really helps to get everyone on the same page as far as what’s expected of them,” she said. “It helps to reinforce support from owners and management that sexual harassment should never be a part of anyone’s job.”

Fourteen bars and restaurants in Lawrence have taken part in the training, which Hunter said uses bystander intervention techniques to make responding to incidents of sexual harassment more of a group focus.

“[Those] responses may be interrupting uncomfortable conversations, calling emergency services or asking a patron to leave. But we also teach how this actually looks in a busy restaurant environment,” she said. “Some people might feel nervous about drawing attention to harassment in the middle of a busy shift, but this reinforces that safety is the number one priority.

“The server is not on their own, and they feel backed up by other staff, managers, owners, and they know other folks are going to work with them to make sure they’re safe.”

Claire Limesand, 22, currently works as a server at Burger Stand, but said she’s seen many of the same patterns in her previous work in retail.

“I think it’s not just restaurants, it’s retail work, as well. Just women in the workplace, in a place where they’re interacting with customers and being disrespected around, specifically, men,” she said.

“I had one man (when I worked at a toy store) who was there with his grandchild, who I was trying to sell him a toy, said that he would buy it if I came with it,” she said. “I had one man try to feed me part of his milkshake the other day in a very creepy way. And now that I work at a place where there’s drinking, it definitely encourages that.”

Luckily, Limesand said, most of her employers have been proactive about stopping customers who harass workers.

“The rule at the Burger Stand is that if anyone makes you even kind of uncomfortable, they have to leave,” she said. “The companies try and make their employees comfortable, but there’s only so much they can do.” 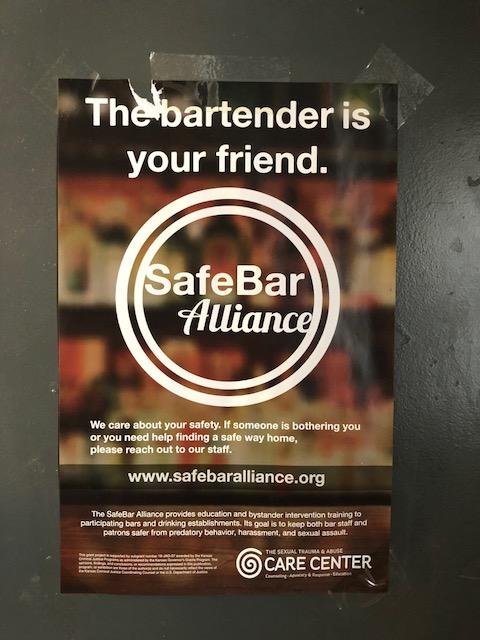 A SafeBar Alliance sign, located in the Burger Stand restroom, encourages staff and patrons to seek help if they are made uncomfortable in the restaurant.

“I feel safer, I guess. I worked at one place where when one of my coworkers said she was made uncomfortable by a customer, they basically said, ‘Put up with it, we don’t want bad Yelp reviews,'” she said. “At the Burger Stand, I feel like I’m a little more in control, and, if someone really pisses me off, we can lifetime-ban them. It’s definitely important, I would say.”

Beau Bruns, the director of operations of Bates Co., which manages Burger Stand locations in Lawrence and Topeka, as well as Bon Bon! in Lawrence, said that, while a “customer is always right” policy is a good one to have, that attitude can only go so far.

“We have very open policies in our hiring and we tell people this is a safe place. Nothing outside of being treated equally is allowed,” he said. “We want people to enjoy being in our restaurant. There’s a give-and-take and a mutual respect aspect that is something our culture has lost a little bit of in terms of the service industry. But I think we’re on an uptick with that. We’re starting to go from ‘that’s just a job’ back to having service industry professionals.”

Ultimately, Limesand said, the vast majority — if not all — women who have worked in retail or the food industry have their own stories of customer harassment. But, she said she’s noticed a small attitude shift in how members of younger generations treat women in the workplace.

“A lot of it is older men … I think, and hopefully it’s happening that younger men and women are being educated on how these people deserve respect,” she said. “It’s not just an issue with how people view employees, but how they view women and think it’s okay to objectify people … There’s no short-term solution, but having supportive companies and restaurants is definitely a good start.”