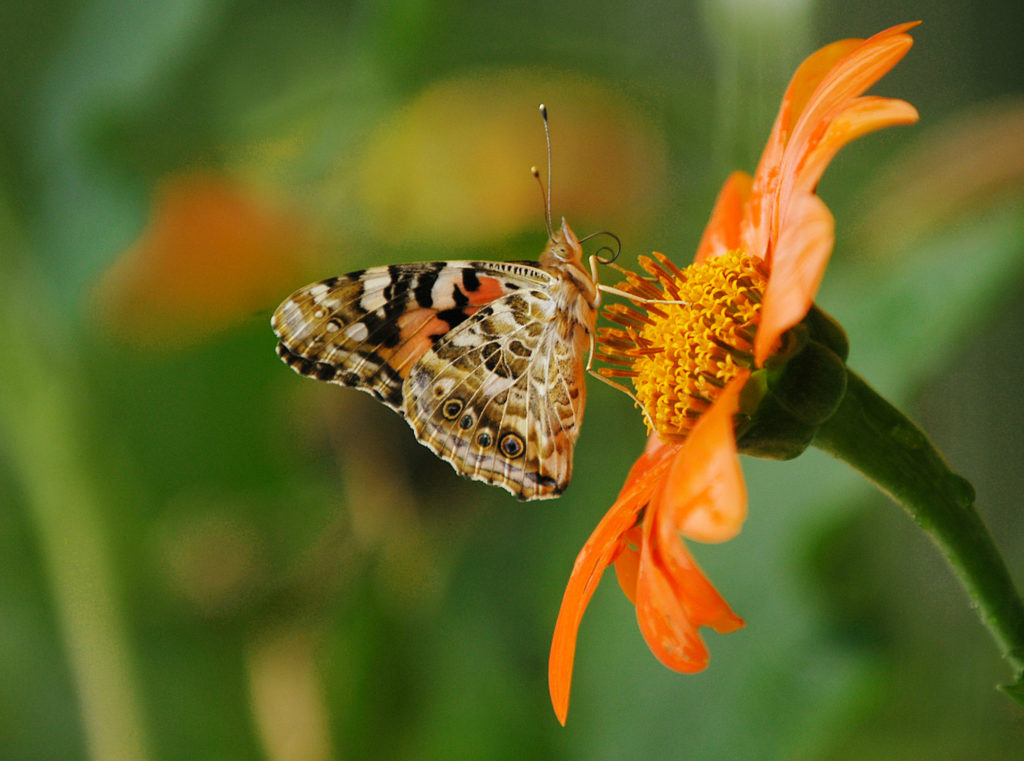 It’s not just you. Lawrence is indeed experiencing a butterfly explosion, with sightings of the painted lady variety especially plentiful over the last few days.

Thousands, if not millions, of butterflies are passing through the Lawrence area right now on their southbound winter migration routes, and ecologist Chip Taylor says the phenomenon is not to be missed.

“This is probably the largest migration of that species I’ve seen in over 30 years,” said Taylor, who serves as director of Monarch Watch at the University of Kansas. “If you look for them, you can see them flying across parking lots as they’re zipping from one place to another.”

If you’ve yet to spot their orange-and-black wings fluttering around town, you’re in luck — on Saturday, Taylor and his colleagues are hosting their annual fall open house at Monarch Watch headquarters on KU’s west campus. The free, all-ages event will take place from 9 a.m. to 2 p.m. at Foley Hall, 2021 Constant Ave.

“We were out there yesterday and there must have been 200 or 300 butterflies on this tree,” he said. “It was pretty spectacular.”

With any luck, the thousands of bees and hundreds of migrating butterflies will still be buzzing about the tree Saturday for the open house, Taylor said. As usual, visitors will have their pick of family-friendly activities, including tours of the Monarch Watch garden and labs, monarch tagging demonstrations and plenty of hands-on interactions with butterflies in various growth stages.

This year, instead of the usual monarch chrysalis, kids who attend the event will be given their own painted lady chrysalis to take home.

Although they’re sometimes mistaken for the similarly patterned monarchs, the painted lady is actually among the world’s most abundant and widespread butterflies, Taylor said, and “it’s really quite a pretty butterfly” at that.

When they’re not stopping for a quick drink of nectar, the butterflies are heading southwest on a migration route similar to that of the monarchs expected to pass through the Lawrence area in another week or so.

Unlike this year’s plentiful painted lady migration, however, monarch populations have taken a sharp decline in recent years partially because of habitat loss. Specifically, destruction of the land where milkweed — the host plant for monarch caterpillars — once thrived. 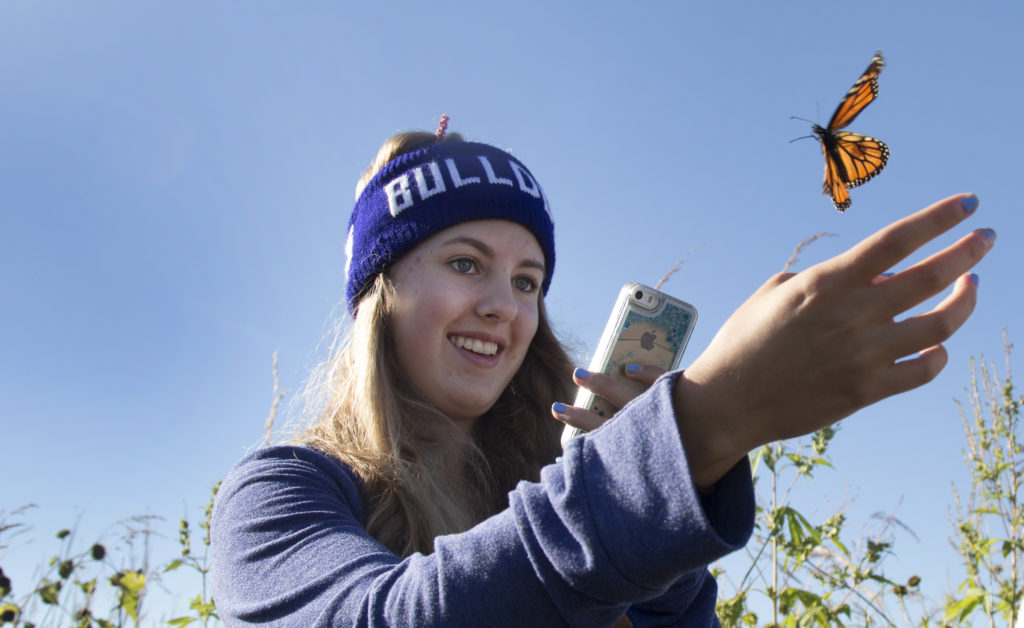 Mia Talley, 15, of Baldwin, releases a monarch butterfly after tagging it Saturday, Sept. 19, 2015, during Monarch Watch's monarch tagging event on the site of a wetland restoration project on the east side of Clinton Lake.

That’s why Taylor and his colleagues make milkweed available, free of charge, to large-scale restoration projects, schools and educational nonprofits. Visitors at Saturday’s open house can also learn about starting their own butterfly gardens at home.

“We want to do something for the public, but we’re also trying to draw attention to the fact that there is a serious conservation issue here,” Taylor said. “… It’s part of our responsibility as stewards of the Earth.”

Partially thanks to this summer’s favorable weather conditions, monarch migration this month should be “one of the better ones in several years,” Taylor predicts.

“The weather for the 16th looks like it’s going to be not only favorable for tagging, but the weather’s going to push a lot of butterflies into the area when we do this tagging,” Taylor said.

Last year, the public helped Monarch Watch tag more than 600 butterflies. This year, he said, should be even more successful.

“One of the things that Monarchs do is they connect people with something large and natural and somewhat mysterious,” Taylor said. “Some of those butterflies passing through here came from North Dakota and South Dakota and probably Wisconsin and maybe Winnipeg (in Manitoba) … that’s a pretty awesome journey to contemplate.”

In the meantime, Taylor said, look out for the painted ladies. Their migration only began two or three days ago, and in just another few days, they’ll be gone.

For more information on Monarch Watch, including this month’s open house and tagging event, visit monarchwatch.org.