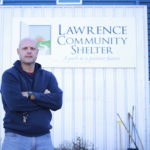 The Lawrence Community Shelter’s board of directors has fired the shelter’s executive director.

Jackie Counts, president of the shelter’s board, said the decision to relieve Trey Meyer of his duties was made at a Friday board meeting.

“The board decided to go in a different leadership direction,” she told the Journal-World Monday. “Mr. Meyer was asked to step down from his position of executive director.”

Counts would not comment further on why exactly the board decided to fire Meyer, but she did say the decision was not based on any financial impropriety.

The Journal-World was unable to reach Meyer for comment. According to the shelter’s website, Meyer was promoted from operations director to executive director of the shelter in November 2015.

He was previously a practicing attorney in Lawrence. In May 2014, the Kansas Supreme Court suspended Meyer from practicing law for six months for violating professional rules of conduct. A panel of the Kansas Board for Discipline of Attorneys issued a report that said Meyer repeatedly engaged in professional misconduct in representing two clients — one in a real estate matter and one in a divorce. Specifically, he failed to file motions requested by his clients, the report said. The disciplinary measure also called for an alcohol evaluation and treatment, plus a report from a health care professional.

In a Journal-World story on his hiring to lead the shelter, Meyer said the position would be a better fit for him than practicing law.

“I made some decisions about practicing law not being a great fit for me personally,” he said. “It was the kind of thing where in order to be really good at practicing law, I had to be some things personally that I just didn’t enjoy being.”

Counts said the board’s immediate focus would be on the shelter’s Chocolate and Tea at Three fundraiser. The event from 3 to 5 p.m. Nov. 5 at Maceli’s Banquet Hall, 1031 New Hampshire St., is the shelter’s biggest fundraiser of the year, she said. Fundraising efforts provide 70 percent of the shelter’s annual budget, while the city of Lawrence and Douglas County provide 30 percent, Counts said.

The board will start discussing what it wants in a new director and the search process at its November meeting, Counts said.

“I like to see things done right, rather than fast,” she said. “I’m a firm believer in running full searches and following that protocol. That’s the way to get the best person for the job.”

Adams said he would like to be considered to be the permanent executive director of the shelter and manage its staff of 24 employees.

“I’ve been hoping to work into a leadership position,” he said. “I started here in 2014 as an hourly employee working with clients. I loved it. I’m very familiar with the ins and outs of the shelter as director of operations. I was already doing much of what I’m doing now. It’s not a big shock. It’s going very well.”

After longtime shelter director Loring Henderson retired in May 2014, the shelter saw a quick succession of leaders. Steven Robinson started in the position that month and resigned in December 2014, followed by Brian Blevins, who left the next July to take a position in Kansas City. Meyer then took over after Blevins left.

The shelter has struggled financially in recent years.

Last year, the Lawrence City Commission agreed to help the shelter with emergency aid in the amount of $50,000 after the shelter board told commissioners the nonprofit agency was almost insolvent.

The City Commission asked that, in return, the shelter allow the city to audit the shelter’s finances and that it also provide the city with a strategic plan to help the shelter follow a path to remain financially viable.