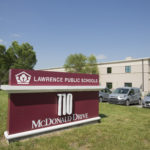 The Lawrence district is moving ahead in its search process for a new superintendent after finalizing a candidate profile and salary range for the position Thursday.

School board members met that evening to discuss the results of community surveys and stakeholder conversations regarding the qualities most desired in a new superintendent.

Parents, or those who identified themselves as such, comprised more than half the survey participants. Teachers comprised the second-largest group, with 145 participating.

Some of the most widely preferred traits to emerge from the survey included an ability to promote “a positive and professional environment” for district employees and board members; a superintendent who “inspires trust, confidence, and models high standards;” leadership skills when it comes to addressing diversity and equity issues; and a strong commitment to “student-first philosophy in all decisions.”

Communication skills were also touted across several categories, including a willingness to listen balanced with the ability to make decisions and see them through.

Gloria Davis, a representative with Ray & Associates, said community members “weren’t shy” about voicing their opinions during input sessions. What Lawrence definitely doesn’t want in a new superintendent, she said, is a “waffler.”

“One major area was wanting the new superintendent to be someone that can set a clear direction and vision, and then — and we heard this over and over — follow it without fail,” Davis said, later mentioning a “laser-like focus on academic achievement” as a top priority.

A recurring theme, she added, was the desire to feel truly “heard” by the next superintendent. Many community members in input forums said good listening skills don’t necessarily translate to the next superintendent agreeing to every demand or suggestion — but at least making it clear that constituent concerns have been thoughtfully acknowledged and considered in the decision-making process.

Finances and allocation of resources were also major themes, Davis said. Many in community conversations felt the district must develop a better understanding of the “difference between equality and equity.” Davis said there was a strong recommendation that the next superintendent be concerned with “putting the resources where they are most needed, regardless of the pushback.”

“That came out time and time again,” she said, “as well as, again, the focus on curriculum and resources.”

In conversations with students from both Lawrence high schools, Davis said she was surprised to hear kids voice concern regarding the district’s open campuses, which allow students to leave school grounds during lunch. Students felt the open campuses at Lawrence High School and Free State High School have contributed to tardiness and discipline issues over the years.

“I feel like we got very good feedback from this process, and it probably, at least for me, confirmed things that I already suspected,” board President Shannon Kimball said. The concerns from students were an intriguing “surprise,” though.

Board members, after viewing data from similarly sized districts in Kansas and nationwide, decided to advertise a superintendent salary range of $215,000 to $220,000, plus competitive benefits.

Average estimated salaries for the 2018-2019 academic year came in at around $217,000 for similar districts both in Kansas and across the country. That’s about in line with what former Superintendent Kyle Hayden earned (around $219,000, including stipends and other additional costs on top of his $205,000 contract pay) during the 2016-2017 school year.

The district will post the new position officially Friday and will continue advertising the position for 30 days. Applications will close in late November, with a goal of announcing the district’s next superintendent by February.

Anna Stubblefield, a former assistant superintendent in the Lawrence district, has served as interim superintendent since July 1, when former Superintendent Kyle Hayden transferred to his current position as the district’s chief operations officer.

Hayden served less than a year as superintendent following a nationwide search in spring 2016 to replace resigning Superintendent Rick Doll.