Healthy Outlook: Getting on the ball with Yamuna body rolling 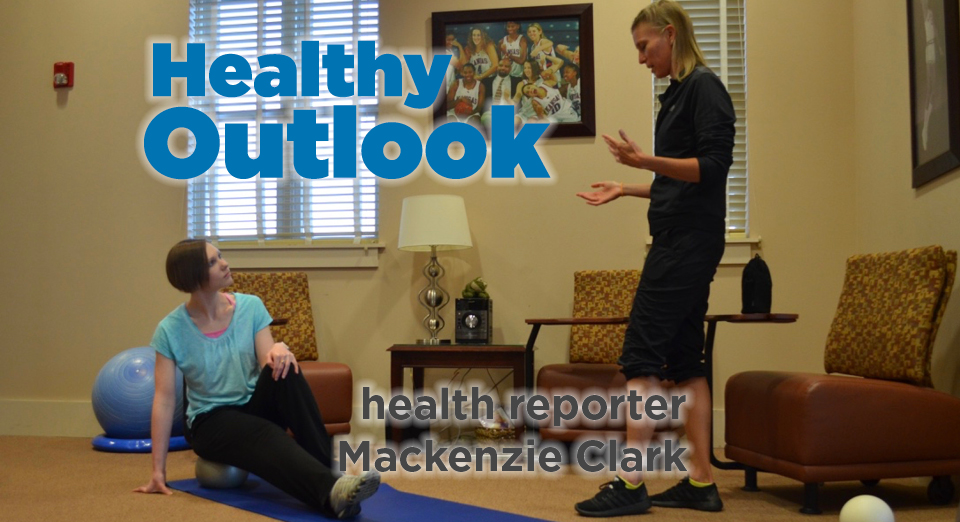 Becky Bridson, a Lawrence-based Yamuna body rolling practitioner, guides Journal-World health reporter Mackenzie Clark through rolling the right side of her back on the silver ball.

I spend a lot of time sitting on a giant exercise ball — I’ve replaced my desk chair with one — but that’s nothing like Yamuna (YAH-men-uh) body rolling, which I experienced for the first time last week.

Becky Bridson, a certified Yamuna practitioner based in Lawrence, reached out to me recently, excited to share her techniques. She spent about an hour with me at the Journal-World building, showing me how they work — complimentary, as she said she does for all first-time rollers.

Basically, in what I’m sure is an oversimplified explanation, each Yamuna ball has been calibrated to suit specific uses. You apply your body weight to the balls and move in certain ways — or, in some cases, sit still — and the pressure from the ball massages the body’s tissues.

Practitioners say Yamuna can enhance flexibility and range of motion, as well as relieve conditions such as headaches and migraines, sciatica, scoliosis, multiple sclerosis, herniated disks, shin splints, pinched nerves and many types of injuries.

The first ball Bridson had me use was the silver ball, which is about the size of a cantaloupe. She walked me through placing the ball under my right glutes and moving back and forth, side to side and in small circles; then she guided me through moving the ball gradually up the right side of my back. On the left side, I used the purple ball, which is much smaller and more intense. 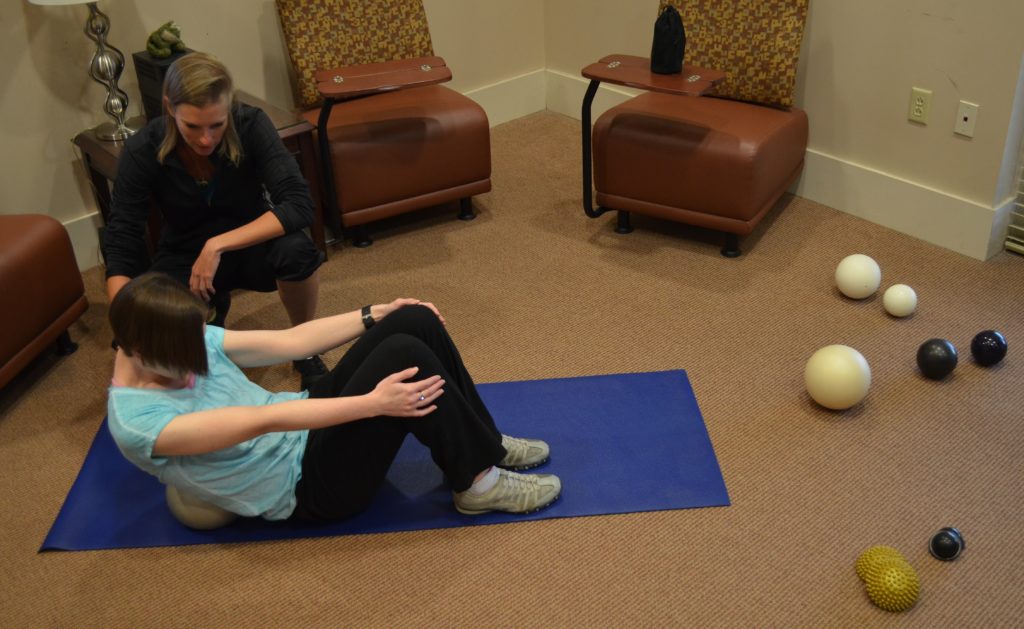 Becky Bridson, a Lawrence-based Yamuna body rolling practitioner, guides Journal-World health reporter Mackenzie Clark through rolling the right side of her back.

She walked me through rolling some other body parts, including my neck, face, calves, hamstrings and abdominals.

The act of rolling itself is not entirely comfortable, nor is it meant to be. It’s supposed to bring some discomfort, and Bridson said pain should be interpreted as an indicator that a certain area needs some therapy, and it’s a good place to catalyze healing. As I’m finding with many of my health experiments — including exercise, in general, and cryotherapy — a bit of discomfort in the moment can lead to pleasant after-effects and benefits.

Between each routine, Bridson had me lie on my yoga mat in the savasana position, or “corpse pose,” so I could take a moment to tune into the effects of rolling. I was truly surprised by the differences: The side on which I’d finished the routine felt as though it had improved circulation, and the muscles felt more awake and energized, yet simultaneously more relaxed. 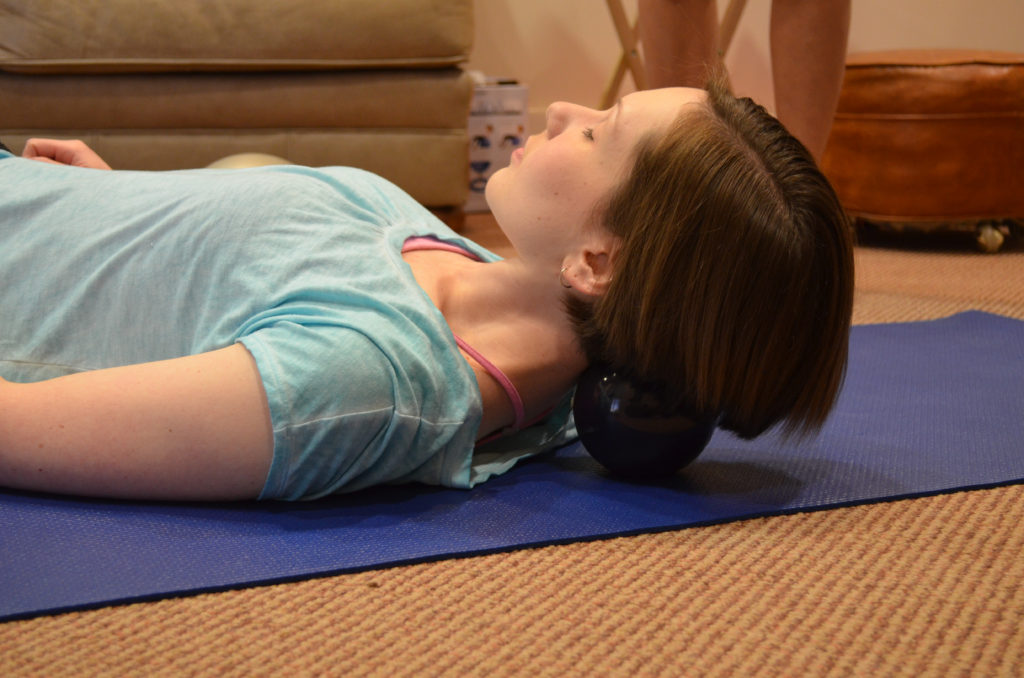 One of the more “sadistic” parts of my rolling introductory course, as Bridson joked, was standing on the “foot wakers.” These little half-spheres are covered in tinier little half-spheres, and they’re used for foot routines. This might have been the height of my “discomfort” during the session, but when I stepped off the wakers and walked across the room, I was shocked by how light I felt, almost as if I were walking on a cloud.

Bridson said Yamuna is all about self-healing and self-care, so it’s expected that the practitioner won’t work with the client forever. However, she said it is helpful to work with a practitioner until you’ve learned well how to follow the routines yourself, and I don’t doubt that. 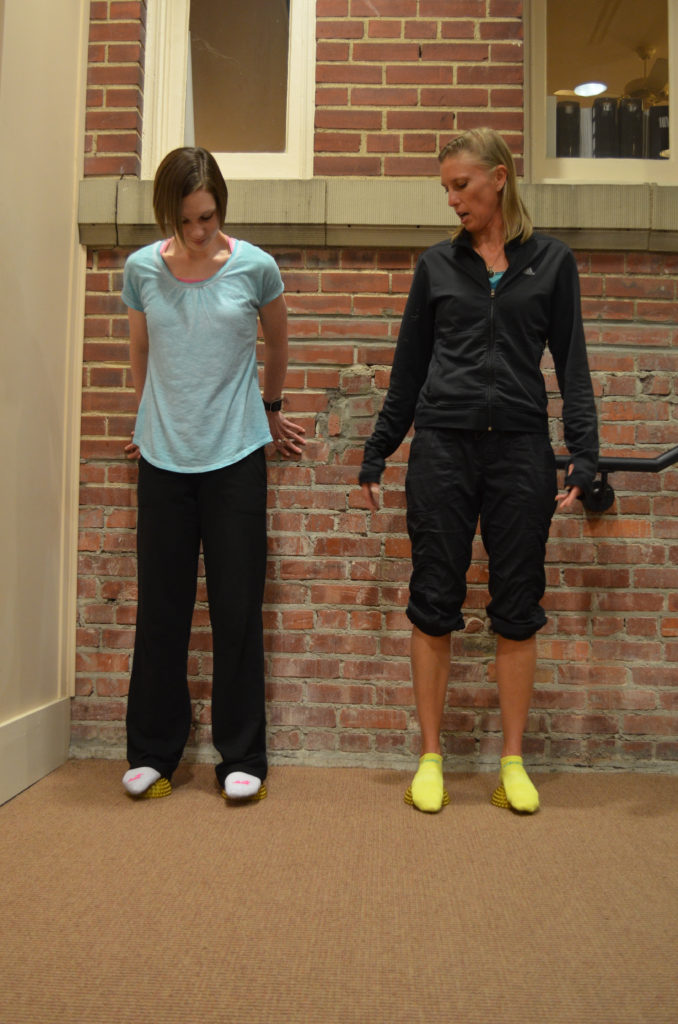 Bridson loaned me a few balls to continue experimenting. I feared I wasn’t getting the same effects that I’d experienced the first time. However, when I finished my first post-rolling cardio workout and began to cool down and stretch, I immediately noticed a marked difference in my flexibility compared with days prior. Where I’d normally have to work a little bit to get into a low lunge, I had no difficulty bringing either foot between my hands from downward-facing dog.

Bridson also said Yamuna practitioners don’t recommend newbies watch YouTube videos for rolling techniques because “we can’t vouch for all the people on there who may or may not be qualified to teach the work,” but that could be an option once you’ve worked with a certified practitioner and can vet the videos’ legitimacy.

I can tell from my minimal exposure that rolling also serves as a good core workout. By the time I’ve finished rolling out my back and shoulders on the purple ball, my abs get a bit shaky. However, I don’t think Yamuna makes such demands of the body that anyone should be hesitant to try it, and Bridson said the larger balls are less demanding of core strength. 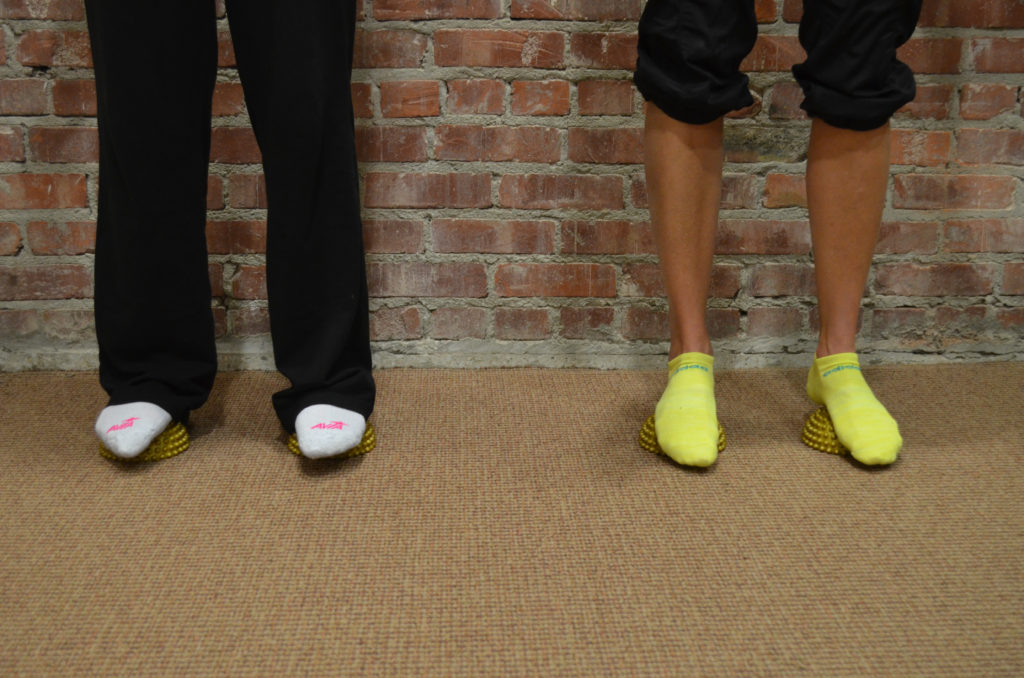 A closer shot of the Yamuna foot

For those who might want the benefits of a massage but don’t like being touched, Yamuna body rolling could be an ideal solution. (The closest I’ve ever come to a massage was my NormaTec experience; I can sympathize. We must band together, non-touchy-feely people of the universe — though not too closely, of course.)

It’s actually empowering to be able to get deep into your own body’s tissues. Though Bridson warns it’s not meant to replace a health care professional, Yamuna seems to be a good alternative to relying on someone else for healing or therapy.