A University of Kansas professor, former journalist and media law expert is being inducted into the Kansas Newspaper Hall of Fame.

KU professor of law and former dean of journalism Mike Kautsch is known for advocating transparency in government, according to the Kansas Press Association, which will present the award during its annual convention April 7 in Topeka.

“His service to the journalism profession is both wide and deep,” according to the association. “For KPA, he has served for years as a media law consultant. Whenever KPA has had a need for assistance, Mike has always been there, giving prompt and reasoned advice as KPA and others try to strengthen the state’s open government laws.” 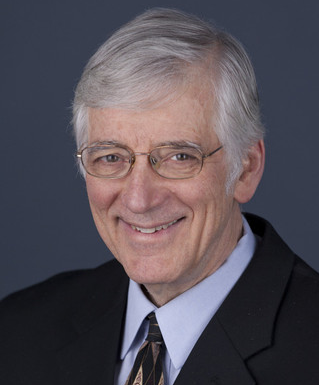 Kautsch was instrumental in the drive to establish a reporter’s privilege in Kansas, working with state revisors of statutes, legislators, KPA staff and other media associations to pass that law in 2010, according to KPA.

The Kansas reporter’s shield law protects journalists from being required to hand over confidential sources and unpublished material if subpoenaed, without the requesting party proving the material is compelling to a case and can’t be obtained another way.

To inform the public about the importance of open government, Kautsch worked for years with Topeka attorney Mike Merriam to stage the traveling “Mike and Mike Show.”

Kautsch was born in Omaha and earned his bachelor’s and law degrees from the University of Iowa.

He worked as a reporter at the Iowa City Press-Citizen and the Atlanta Journal prior to his career in higher education.

In 1979, Kautsch joined KU’s William Allen White School of Journalism as a visiting lecturer, moving through the ranks to become a full professor and eventually dean, a position he held until 1997. That year, Kautsch joined the KU School of Law faculty to start a program in media law and policy, which he has continued to coordinate.

Kautsch and his wife, Elaine, live in Lawrence and have two grown children.