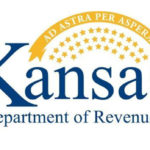 It was the third month in a row that tax revenues have met or exceeded official projections, which were drastically lowered in November after several consecutive months of shortfalls. Since then, revenues for the fiscal year have exceeded the new, lower estimates, by about $68.5 million.

Before the official numbers were released to the public, though, Budget Director Shawn Sullivan commented on Twitter that February revenues would have exceeded projections even if those estimates hadn’t been lowered in November.

“I am pleased to see continuing growth in withholdings and individual income taxes this month,” he said. “Month-to-month sales tax have increased 2.4 percent and is a hopeful sign that Kansans’ income growth means they have more money to spend.”

The report showed the state took in $86 million in individual income taxes in February, up 18 percent from the same month last year. Retail sales tax collections, at $167.6 million, were $3.9 million higher than in February 2016.

Still, even with the extra money in February, lawmakers face a shortfall of roughly $281 million that must be filled in the final four months of the current fiscal year.

The Kansas House has already passed a bill that would fill in that gap without major spending cuts, largely by borrowing more than $300 million in idle monies currently invested through the state pension system.

But Republican leaders in the Senate have been arguing for actual spending cuts this year, including cuts to K-12 education, although so far they’ve been unable to convince the rest of the Senate to go along with that.

Another big question is whether Brownback and his allies in the Legislature will be able to use the report to push back on legislative demands to reverse or scale back many of the tax cuts he championed in 2012. With those tax cuts in place, lawmakers would need to either cut an estimated $755 million in spending over the next two fiscal years, or find an equal amount of money in the form of new revenues or transfers out of other funds, or a combination of both.

Brownback has already offered a plan for avoiding cuts in future years. But it depends on measures most lawmakers oppose, such as sweeping more money out of the state highway fund, selling off the state’s interest in future tobacco settlement payments and imposing big hikes in cigarette and alcohol taxes.

Sen. Tom Holland, D-Baldwin City, the ranking Democrat on the Senate tax committee, said he does not believe one month’s revenues will change the larger debate over long-term tax policy.

“You’re not going to make this up all in one month, regardless of what the number is,” he said.

Last week, Brownback vetoed a bill that would have raised roughly $1 billion over the next two years by repealing the so-called LLC exemption that allows more than 330,000 farmers and business owners to pay no state income taxes on their nonwage business income.

An attempt to override that veto passed narrowly in the House, but fell five votes short of the needed two-thirds majority in the Senate.

Lawmakers will resume the debate over taxes and spending next week when they return to Topeka following their weeklong midsession break.

“Without comprehensive income tax reform, the Legislature will have failed to balance the budget and end the irresponsible practice of using one-time money to pay our bills,” Senate Democratic Leader Anthony Hensley, of Topeka, said. “February’s revenue numbers don’t change this reality. It’s time to do what’s right for the future of Kansas.”