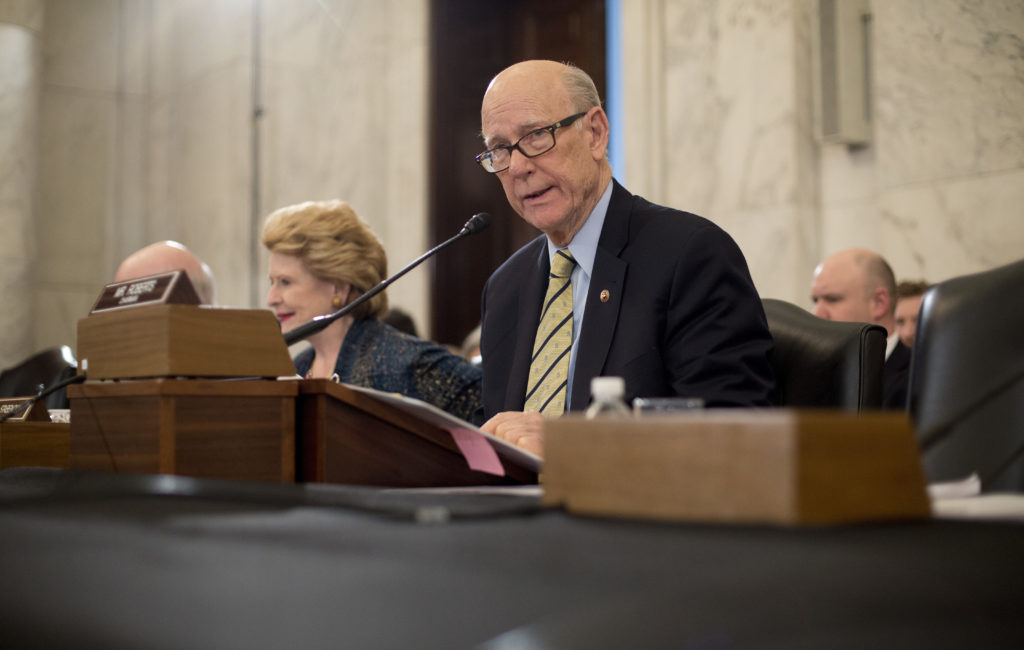 “We must be courageous and pass legislation as soon as possible to prepare for Obamacare’s inevitable collapse,” Roberts said in a statement emailed to the Journal-World. “I am encouraged by (Tuesday’s) meeting with the President. Senators expressed their determination to work for a solution. I am certainly open to further improvements in the bill, but Kansas fared well under this draft.”

Republican leaders in the Senate had planned to vote on the bill as early as Thursday, which would have set up conference negotiations with the House. But leaders announced Tuesday that they would delay the vote until after the Fourth of July recess because the bill did not have enough support to pass.

Republicans hold 52 seats in the 100-seat chamber, plus the vice president’s tie-breaking vote, so they cannot afford to lose more than two GOP votes. But the health care bill was losing support, both from moderates who said it would have cut Medicaid too deeply and from conservatives who said it didn’t go far enough in repealing the Affordable Care Act, commonly known as Obamacare.

Opposition began to build Monday when the nonpartisan Congressional Budget Office issued its analysis of the bill, which said 22 million Americans would lose insurance coverage over the next 10 years if the bill became law, including 15 million in the first year.

Using the CBO’s numbers and other census data, the left-leaning Center for American Progress issued a state-by-state analysis of the bill and estimated that 198,200 Kansans would lose coverage within 10 years under the GOP bill.

In his statement, Roberts listed several aspects of the GOP bill that he extolled as virtues but that health care advocates in Kansas strongly disputed.

“For the first time, tens of thousands of low-income Kansans would be eligible to receive tax credits to purchase insurance, lowering the cost of and improving access to care,” Roberts said. “The draft protects provisions popular among Kansans including allowances for pre-existing conditions, allowing young people to remain on their parents’ plans and bans on lifetime limits important to the chronically ill.”

But Sheldon Weisgrau, director of the Kansas-based Health Reform Resource Project, said those comments tell only part of the story.

While it’s true that more people would qualify for subsidies to buy private insurance on the Obamacare exchange markets under the GOP bill, Weisgrau said, “the CBO says those subsidies would not be nearly enough to allow low-income people to actually pay for insurance plans.”

Furthermore, he said, while it is true that the Republican bill would continue to ban insurance companies from denying coverage to people based on pre-existing conditions, it would give states the option of reducing the minimum benefits requirements under Obamacare, which could effectively result in denial of coverage.

Roberts’ statement went on to say that the Republican bill “stabilizes the individual insurance market making private insurers more able to step in and pay for care instead of Medicaid.”

The CBO report did say that under the GOP bill, “nongroup insurance markets would continue to be stable in most parts of the country,” but it actually disputed Roberts’ claim that the current Obamacare marketplace is in danger of imminent “collapse.”

“The subsidies (under current law) to purchase coverage, combined with the effects of the individual mandate, which requires most individuals to obtain insurance or pay a penalty, are anticipated to cause sufficient demand for insurance by enough people, including people with low health care expenditures, for the market to be stable in most areas,” the CBO report said.

It also said the Republican bill could be problematic in places like rural Kansas because, “Some sparsely populated areas might have no nongroup insurance offered because the reductions in subsidies would lead fewer people to decide to purchase insurance — and markets with few purchasers are less profitable for insurers.”

Kansas’ other senator, Republican Jerry Moran, was among those who came out against the bill Tuesday, saying it “missed the mark for Kansas,” although he still supports repealing Obamacare and replacing it “with a plan that makes certain Kansans will have access to more affordable and better quality healthcare.”

Moran has been the target of protests outside his district offices in Kansas because he initially was undecided about the bill and thus was seen as a swing vote who could tip the balance of the Senate one direction or the other.

Wednesday afternoon, about 100 people rallied outside his district office in Olathe, urging him to vote against any bill that would repeal or weaken the Affordable Care Act. 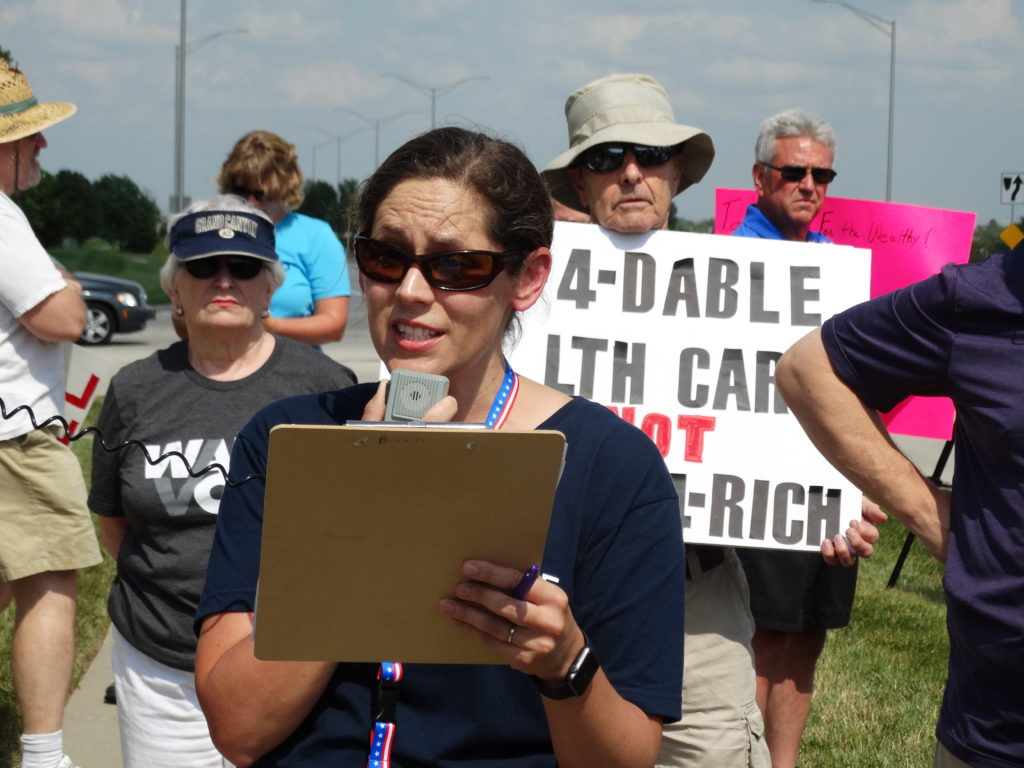 Amy Burgin, an organizer in the group Indivisible Lawrence, speaks during a health care rally Wednesday outside U.S. Sen. Jerry Moran's district office in Olathe. Demonstrators were urging Moran to vote against any measure that would repeal or weaken the Affordable Care Act, also known as Obamacare.

“We’re gathered here today to tell Sen. Moran very clearly and very visibly that we are against the Senate health care bill,” Amy Burgin, an organizer with the group Indivisible Lawrence, said at the rally. “It’s wrong for Kansas and wrong for America.”

Several people who attended the rally said they appreciated that Moran had come out against the bill, albeit not until after Majority Leader Mitch McConnell of Kentucky announced the delay in the vote.

Kevin Flattery, of Prairie Village, said he had called Moran’s office to thank him for opposing the bill.

“I wish he had come out sooner,” he said. “I just think they’re trying to run this through without anybody having any chance to look at it and talk about it.”