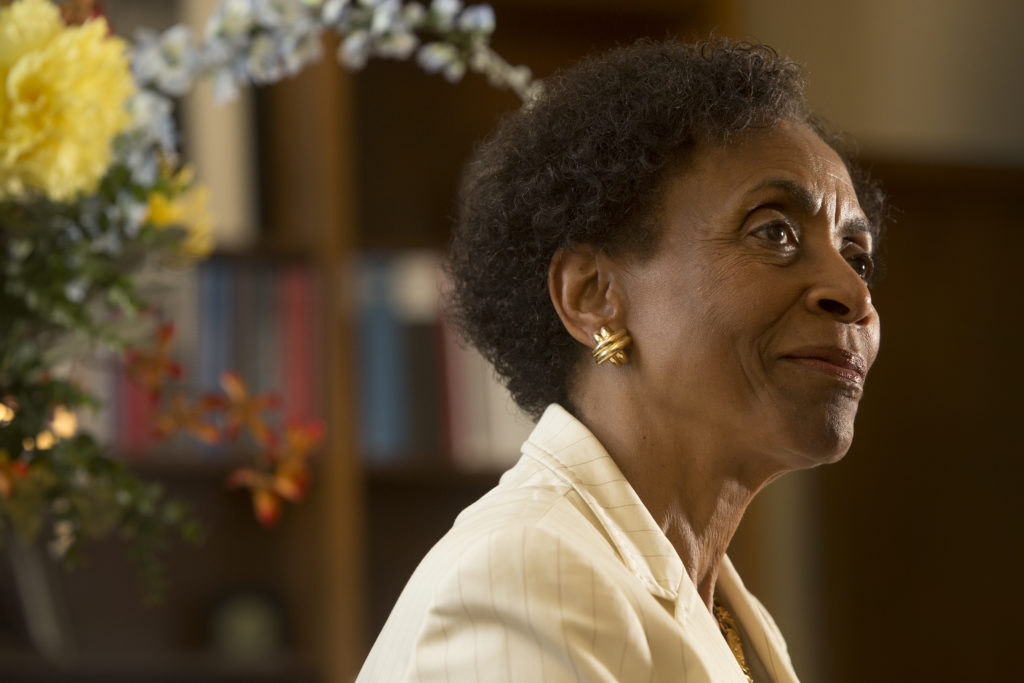 Becoming the first woman and the first African-American chancellor of the University of Kansas seemed, in many cases, more remarkable to others than to Bernadette Gray-Little herself.

“For a number of people that I met here in Lawrence, especially women, it was extraordinarily important and significant,” Gray-Little said. “…They didn’t know that they would ever see this day. There was some similar reaction from members of the African-American community who were alums, or people who worked here, who lived in the community — a sense that this was very important to their experience for this to happen.”

Gray-Little, 72, became KU’s 17th chancellor in August 2009. After eight years, she is stepping down from the position.

Douglas Girod, executive vice chancellor of the KU Medical Center, was chosen as the next chancellor and will take over July 1.

With Gray-Little’s tenure as KU’s CEO coming to a close, the Journal-World recently interviewed her about her time at KU, and what she plans to do next.

As for the personal significance of being KU’s first woman and African-American chancellor, Gray-Little said it wasn’t as stunning for her as it was for some KU community members.

After all, in her years as an administrator at the University of North Carolina Chapel Hill, where she worked prior to KU, Gray-Little did something similar many steps of the way.

“So, in my experience,” she said, “that’s not different.”

Breaking gender or color barriers, however, is not something Gray-Little is known for bringing up herself.

Gray-Little said her own experiences inform her thoughts and decisions, of course.

But as a leader, Gray-Little said she’s deliberately guarded in what she says about herself.

“I think sometimes that bringing up your own experiences or identity in a very obvious way suggests you know something that other people don’t know, and can be a put-down to their experiences,” she said. “So if I’m talking to students about issues of diversity, there is a limit on how much I can say, ‘I’ve seen this before, I’ve seen how this plays out.'”

When asked whether she’s faced conflicts during her career specifically because of her race, Gray-Little said, “Of course.”

She laughed when she described one recent, more “subtle” encounter. After she parked in her reserved spot outside Allen Fieldhouse, a non-KU employee hired to patrol the area asked, “Are you supposed to park here?”

He was “puzzled,” she said, and she suspects it was because she was an African-American woman.

Through the years, Gray-Little said, she’s experienced plenty of those instances where something you say is dismissed, then the same idea is applauded when someone else brings it up.

At KU, Gray-Little led and achieved major initiatives at the university — in Lawrence and across the state.

Most visible is perhaps the flurry of new buildings.

The $350 million Central District redevelopment project has taken shape, with all buildings anticipated to be complete within in the coming year. She oversaw numerous other construction projects including the engineering complex expansion, the new School of Business and the DeBruce Center, home to James Naismith’s original rules of “Basket Ball.”

She also was at the helm of the university for KU Endowment’s Far Above campaign, which — once tallied in 2016 — amassed a staggering $1.66 billion for KU.

Some of the less publicly visible initiatives are among those she’s most proud of, Gray-Little said.

Academic experience: Chancellor at the University of Kansas, 2009-2017. University of North Carolina Chapel Hill, 1971-2009. At North Carolina, Gray-Little began as a professor of psychology and worked up through a number of administrative positions before becoming executive vice chancellor and provost, from 2006 to 2009.

Regarding the Central District, Gray-Little emphasized the academic possibilities over the physical buildings.

“The need to redo science facilities has been a decades-long — maybe 30- or 40-year — need on the campus,” she said. “…It’s not to the point we would like to have, but it’s such a dramatic change.”

Also, she said, she’s proud to have led a revision of KU’s undergraduate curriculum — the process maybe even more so than the final product. Just making the decision to change the curriculum was controversial, she said, much less getting it done.

“Being able to make that step to revise and change and improve is very important,” she said. “The new curriculum is not perfect, but we have a way to assess it so we can continue to work on it.”

One thing that drives her as a leader is a love of “chipping away” at plans — setting up goals, getting them done and moving on, Gray-Little said.

She’s applied that same end-game focus in trying situations, too.

In fall 2015, Gray-Little stood for more than two hours to moderate a heated, overflowing town hall forum on race. At one point a group of students interrupted, took over the stage behind Gray-Little and yelled over her. At another point a student told her she sounded like Donald Trump — intended as an insult — while another spat, “All I have to say is do your job or get replaced.”

Perhaps more challenging than that evening, Gray-Little recalled, was a time a state legislator shouted at her while she gave testimony at the Kansas Statehouse.

She plans to stay in Lawrence for now and remain involved in higher education in other ways, she said.

Gray-Little plans to finish her term on the board of the national Association of Public and Land-grant Universities and serve on the OCLC, the world’s largest library cooperative.

She said she expects to do some other things but that all her plans aren’t pinned down quite yet.

“I like universities,” Gray-Little said. “I like what they’re supposed to do, what they stand for, what they represent. I like the idea of a place that both produces and discovers knowledge, and that teaches and provides those kinds of experiences for students,” she said.

At KU, she said, she’s been surrounded by everything from pharmaceutical researchers making drug discoveries to musical performances to a student who asked her to read a novel she’d just written as a junior.

Gray-Little said, “Those are amazing things to happen and be a part of.” 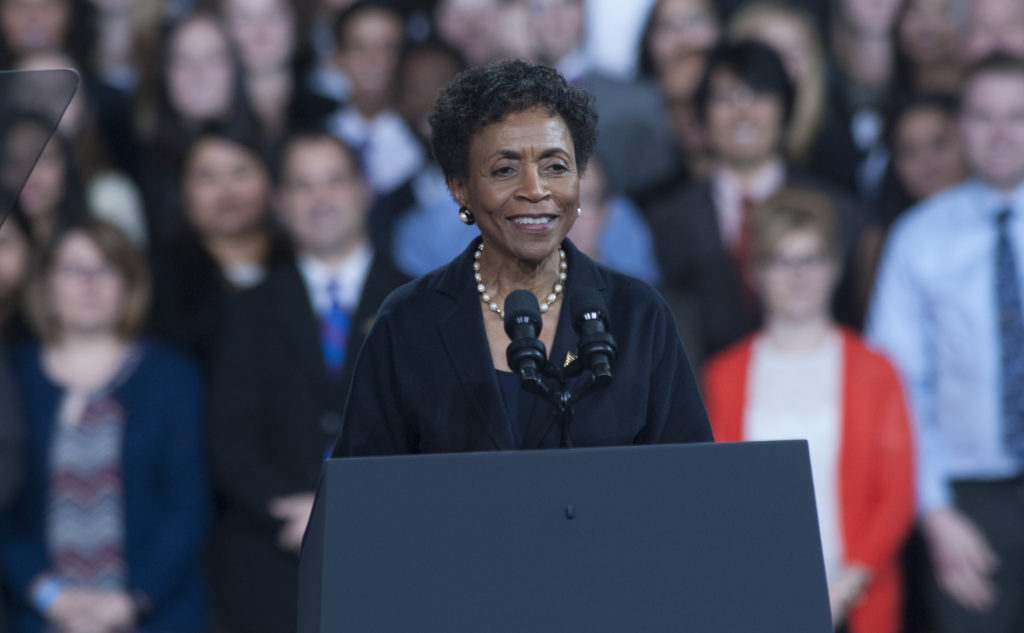 • KU reports record in externally funded research expenditures for 2011-12, receiving a total of $275.2 million for research at all KU campuses.

• KU receives $58 million gift from Al and Lila Self for scholarships and fellowships.

• Self and Oswald residence halls open on Daisy Hill.

• Gray-Little steps down as chancellor.