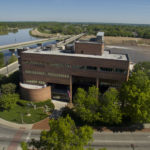 An audit of the city’s billing procedures found that poor record keeping, insufficient employee training and a lack of oversight caused payments worth hundreds of thousands of dollars to go uncollected by the city.

“It’s not the best news in the world, but it’s something that we feel people should be aware of,” said the city’s finance director, Bryan Kidney. “And that’s what we’re doing is making sure people understand our goal is to take care of things and get things fixed if they’re not being done properly.”

Last month, City Manager Tom Markus ordered an independent audit of accounts receivable after Riverfront LLC asked for a summary of payments owed to the city. Markus said when staff in the city’s finance department went through the financial records, it appeared there were bills that may not have been sent out. Markus said he was concerned the issue affected multiple accounts.

An initial assessment completed as part of the audit confirmed Markus’ concerns, finding that at least 10 leases — of either city land or property such as communication towers — have missing billings or payments. Kidney, who joined the city staff in 2015, said the city doesn’t yet know the total value of the missing payments, but some of the leases listed are thousands per year.

Kidney said that thus far only the unpaid land lease payments for Riverfront LLC have been totaled. Riverfront LLC owns the Riverfront Plaza, formerly home to the Riverfront Outlet Mall, and is operated by Dan Simons. The Simons family is also the former owner of the Lawrence Journal-World.

The land the Riverfront Plaza sits on is owned by the city, and Kidney said that beginning in 2011 the city stopped sending bills for the land lease payments, amounting to $287,000 in missed payments. Though Kidney said the assessment completed so far is not a forensic audit, it appears nothing nefarious was going on. He said staff turnover, new software and a miscommunication between departments is the root cause of the unsent bills.

“It does appear it was just a mistake,” Kidney said.

In addition to the unsent bills, Kidney said that following an amendment to the Riverfront’s lease agreement in 2010, there was also a mistake or some confusion regarding the amount owed annually. Kidney said Riverfront’s rate is $36,000 per year while Simons believes it to be $5,000 per year.

Kidney also said part of the problem is that there is no reconciliation process in place where the city would make sure that a billing matches what is outlined in the lease.

“This should have been caught back in 2011 and it wasn’t,” Kidney said.

Simons said he approached the city regarding the amount of the land lease because there was a buyer — that recently pulled out of the deal — interested in purchasing the east side of the Riverfront Plaza. Simons said he paid what he believed to be the proper rate until he stopped receiving a bill a few years ago.

“But obviously there’s two sides to the story, so hopefully we’ll continue to talk,” Simons said.

Simons said he renegotiated the Riverfront’s land lease with former City Manager David Corliss in 2010, and made the new payments until 2013, the year he said they stopped receiving bills. He calculates the unpaid amount owed to the city to be $20,000, and said he intends to pay that amount immediately.

“As for the difference of opinions and the difference of dollars, I truly believe that we are correct,” Simons said. “I don’t know if that has to go to a judge, an arbitrator or what. Or just good old fashioned, ‘hey, you think I owe this and we think you owe this, let’s meet somewhere in the middle and get going with the business of the day.'”

The other leases without billings or payments identified by the audit are: the Marriott hotel at the Riverfront Plaza, Lawrence Douglas County Bioscience Authority, LWC Partners (located at the Lawrence Municipal Airport), University of Kansas Athletics Inc., Shelter Inc., AT&T, New Cingular Wireless LLC, Sprint, T-Mobile, and Verizon. The only amounts identified for those leases are $10,585 per year for LWC Partners, $1,200 per year for the Shelter Inc. and $1 per year for University of Kansas Athletics Inc. Kidney said how many payments went unsent or unpaid is yet to be determined.

The assessment identified a broad list of billing errors being made by the city, including issues with data conversion, communication, training, controls, and tools. The assessment states that some bills were not added to the city’s new software system, that the billing team isn’t necessarily aware of “when or what they should be billing” and that employees are not aware of how to set up bills in the system or how to create control reporting. Regarding the lack of controls, the report states the following:

“Currently, an Administrative Support II associate is solely responsible for the miscellaneous billing. He allocates one day a week to this task, operates in a largely manual environment with little oversight, few controls and no written procedures.”

As with the uncollected lease payments from Riverfront LLC, Kidney said he does not think that the issue was more than a mistake.

“In my professional opinion, I have not seen anything that lends itself to anything other than just mistakes,” Kidney said.

“The next step is actually to help us get in and just really nail down and pin down anything that’s not being billed properly,” Kidney said.

The City Commission will receive the initial assessment as part of its meeting Tuesday.