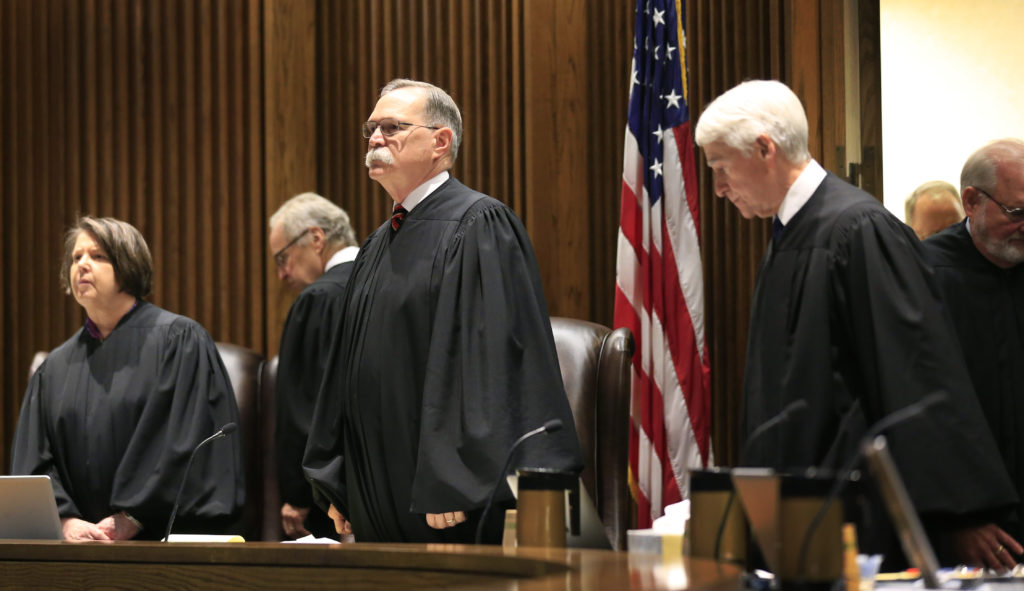 The court held oral arguments Tuesday to review the new school funding plan and decide whether it corrects the constitutional problems the court found in March, when it ruled that the previous level of funding was inadequate.

In that March decision, the court said it would not allow the state to operate an unconstitutional school funding system into the new fiscal year, which began July 1, raising the prospect that schools may not be allowed to open as scheduled in August, and the Legislature may be called into special session, if the court strikes down the new formula.

That new formula phases in $293 million in new school funding over the next two years, much of which is earmarked for helping the roughly 25 percent of public school students who are currently performing below grade level in reading and math. For subsequent years, the law calls for continued increases tied to the Midwest inflation rate.

But in questioning the state’s lawyers, justices appeared skeptical that the new funding would be enough to meet the needs of public schools, or that the Kansas Legislature could be trusted to follow through on its promise for additional funding in future years.

Justice Dan Biles in particular noted that the per-pupil aid provided in the new law is less than what the state was spending in the 2008-2009 school year, the last year before the start of the Great Recession when the state began cutting its education budget.

Justice Eric Rosen was the most pointed in questioning whether the court should accept the state’s promise of phasing in more money in future years.

“Several of us were here 11 years ago almost to the date,” he said, referring to the decision in 2006 when the court dismissed the last school finance lawsuit, based on the state’s assurance that it would phase in a roughly $750 million increase over three years, a promise that lawmakers reneged on in the third year when the Great Recession hit.

“What assurance do we have that history won’t repeat itself?” Rosen asked.

Kansas Solicitor General Stephen McAllister, a University of Kansas law professor, answered that the amount of money in the new formula was based on a statistical model showing that districts spending that amount of money tend to perform better on reading and math tests than would be expected, given their demographic makeup. 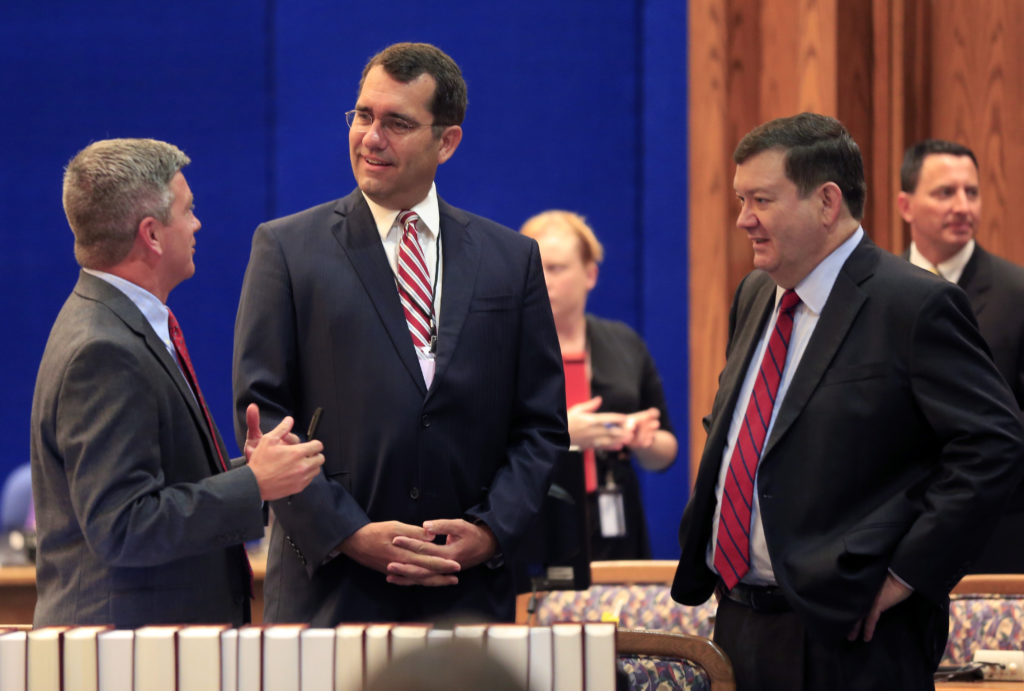 But several justices questioned whether that model had any statistical validity.

“I need to know what makes that valid, and I’m not seeing it here,” Biles said.

Plaintiffs in the lawsuit are seeking an increase closer to $900 million a year. That’s roughly what the Kansas State Board of Education requested in its budget proposal last year. It’s also close to what a three-judge trial panel ordered when it heard the case in 2013.

But Jeff King, a former state senator who was hired in April as a special counsel to advise the Legislature in the school finance litigation, argued that the court itself has laid down a new standard for judging school funding adequacy, one based on student outcomes rather than cost estimates, and he said the court should let the new formula operate for a few years and see whether it produces the results the court wants.

“There has been a very concerted, very good-faith effort to address the concerns of this court,” King said. “Give this bill the time to see what the outcomes are and use that to evaluate compliance.”

But Chief Justice Lawton Nuss was skeptical of that approach because the trial court panel already made that determination.

The court is expected to issue a decision within the next few weeks. By law, school districts are supposed to have their budgets for the upcoming school year finalized by mid-August.

A number of lawmakers attended the hearing Tuesday, including Senate Majority Leader Jim Denning, R-Overland Park, who chaired the Senate committee that worked on the new formula. He said he was disappointed by some of the justices’ questions, but he insisted there is nothing more the Legislature can do for the upcoming school year.

“There’s only 100 pennies in a dollar, and our tax plan increased our annual taxes by $600 million per year,” Denning said after the hearing. “The number that the plaintiffs throw out of another $600 million (in school funding) is unrealistic. You won’t be able to raise taxes that much.”

Rep. Melissa Rooker, R-Fairway, who served on the House school finance committee, said she wasn’t surprised by the tough questioning from the court. She had introduced a funding plan that would have phased in roughly $750 million in new funding over three years.

But Rooker said she does not think the court will block schools from opening this fall or force the Legislature back for a special session.

“I actually would prefer that we were given a more orderly time frame to allow us to come back in the regular session,” she said. “Understanding the budget process for schools and the cycle of the school year itself, that magnitude of additional resources ordered immediately this fall, it would be tough for the districts to deploy them.”

Following a request from an area union, city leaders will soon consider potential changes to the city’s ...