$10 million renovation of former business school building includes mechanical updgrades and space for a few other KU offices and classrooms, too 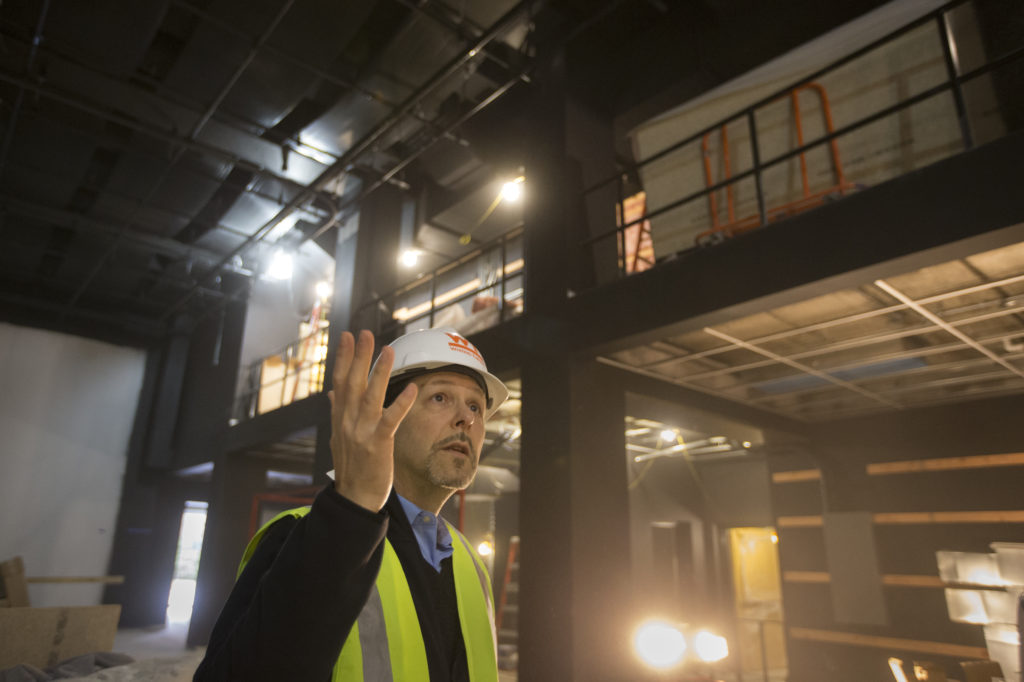 Michael Baskett, associate professor and chair of the University of Kansas department os film and media studies, leads a tour through the new sound stage under construction at Summerfield Hall on Thursday, Feb. 23, 2017. The building, which formerly housed the KU School of Business, is being renovated to accommodate the department of film and media studies and several other KU offices and classrooms.

A home on campus — instead of blocks beyond the border — is just one of the new things University of Kansas film and media students and teachers will enjoy come fall.

A $10 million project is well underway to renovate Summerfield Hall, 1300 Sunnyside Ave., to house KU’s department of film and media studies and several other KU offices.

Construction is expected to be complete later this spring, in time for the department to move in before hosting its first classes there this fall, said Michael Baskett, department chair and associate professor of film and media studies. He said the move will include installing specialized equipment in a number of spaces constructed specifically for film and media.

“The types of work that our students can do will be greatly expanded,” Baskett said. “This is really a great time to be studying film and media.”

The department of film and media studies has been located at Oldfather Studios, 1621 W. Ninth St., since the 1990s. 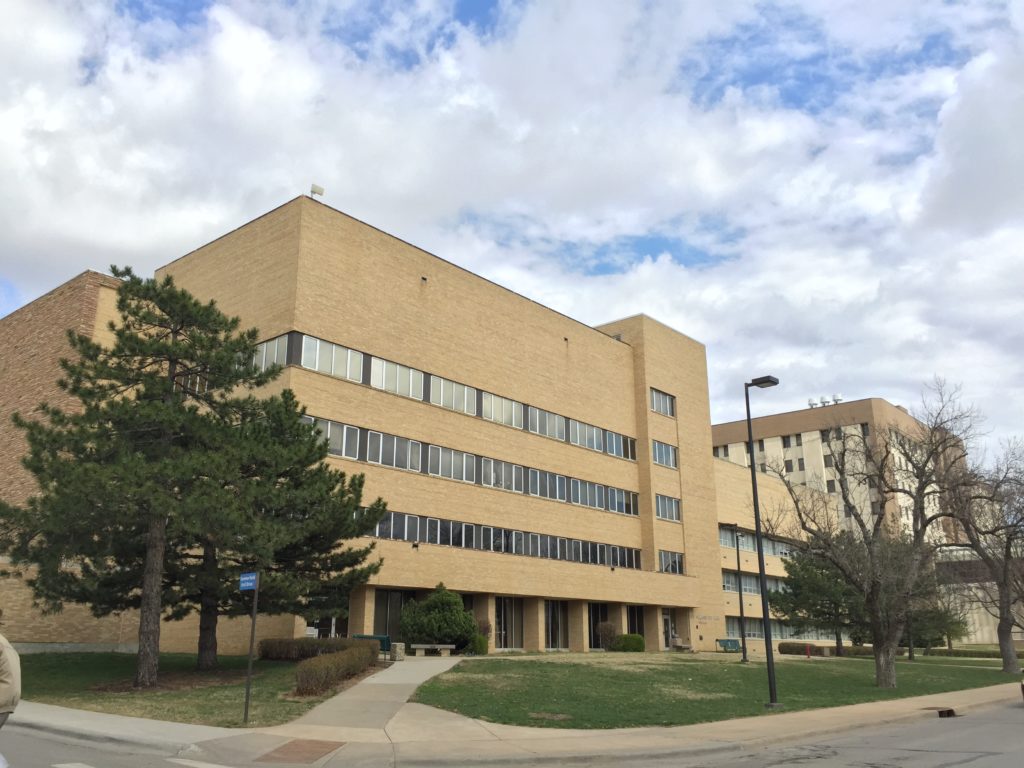 Summerfield Hall, 1300 Sunnyside Ave. on the University of Kansas campus.

That 1955 building previously was home to Centron Corp., a leading industrial and educational film studio. According to KU’s buildings directory, the company had dissolved by 1990 and KU Endowment purchased the building in 1991.

The KU School of Business vacated Summerfield in 2016 to move into its newly constructed home, Capitol Federal Hall.

At Summerfield, in addition to a proximity to the heart of campus it hasn’t had in around 20 years, the film and media department will enjoy:

• A new and improved soundstage. The two-story room has catwalks for lighting and observing from the second level, an exterior door large enough to drive in vehicles for shoots and moveable partitions to allow up to three projects working at a time. There’s also an adjacent “green room” where performers can dress, prepare and wait for their cues.

• A recording studio, which Oldfather Studios does not have. It will enable students to bring in and record live musical groups, Baskett said. “We can partner with other schools on campus that we’ve never really been able to do here.”

• Production classrooms. Baskett said the classrooms, painted black and equipped with measures to control acoustics, will enable students to practice production tasks before moving to the soundstage. “More students can work on more projects at the same time,” he said.

• Department offices and a media library.

There is one major feature of the Summerfield renovation that is not a reality right now but that Baskett hopes will be at a future phase: a screening facility. 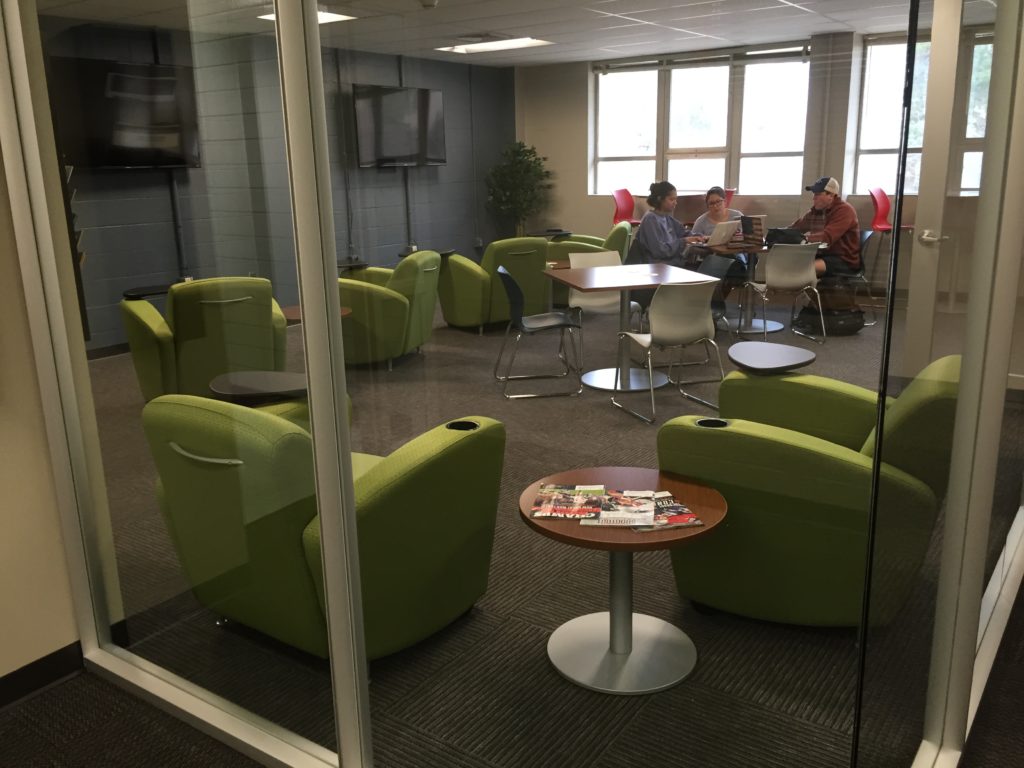 Students gather in the lounge area of the new University of Kansas Student Veteran Center, which opened in early 2017 in 345 Summerfield Hall.

Baskett said the department hopes to raise funds to eventually convert an existing multi-level classroom, with a capacity of roughly 170, to a theater for KU film events, other cultural events and exhibitions in partnership with the community.

“I think KU film at Summerfield is a natural place for those types of things to be centered,” Baskett said. “If you open that up to the community, it really makes connections.”

The $10 million Summerfield renovation is being paid for with state and KU funds, said Paul Graves, deputy director for KU design and construction management.

In addition to the film and media studies remodeling, the project includes a building-wide heating and cooling system renovation, fire alarm system replacement and the creation of spaces for the Student Veteran Center, the Undergraduate Advising Center and the University Career Center.

Even though the building’s interior is still under construction, a number of classrooms remain in use, and the Student Veteran Center is now open and accessible in room 345.

The other centers are expected to move in this spring and summer, Graves said.

As for the future of Oldfather Studios after film and media studies moves out, Graves said that has yet to be determined.