A University of Kansas football player has been kicked off the team after allegedly threatening a woman with a gun and being arrested Sunday evening in Lawrence.

KU football head coach David Beaty announced Monday that sophomore defensive end Maciah A. Long had been dismissed from the program for a violation of team rules, according to a KU Athletics news release.

Long, 19, appeared Monday afternoon in Douglas County District Court, via video-conference from the jail. He was charged with one count of aggravated assault with a deadly weapon, a handgun, a felony; one count of marijuana possession, a misdemeanor; and one count of criminal damage to property for also damaging the assault victim’s TV, a misdemeanor, according to the charges.

In court, prosecutors said a loaded handgun was allegedly involved in the incident and they requested a $6,000 bond for Long.

Judge James George set Long’s bond at $5,000 and his next court appearance for Tuesday afternoon.

Long told the judge he planned to hire his own attorney. 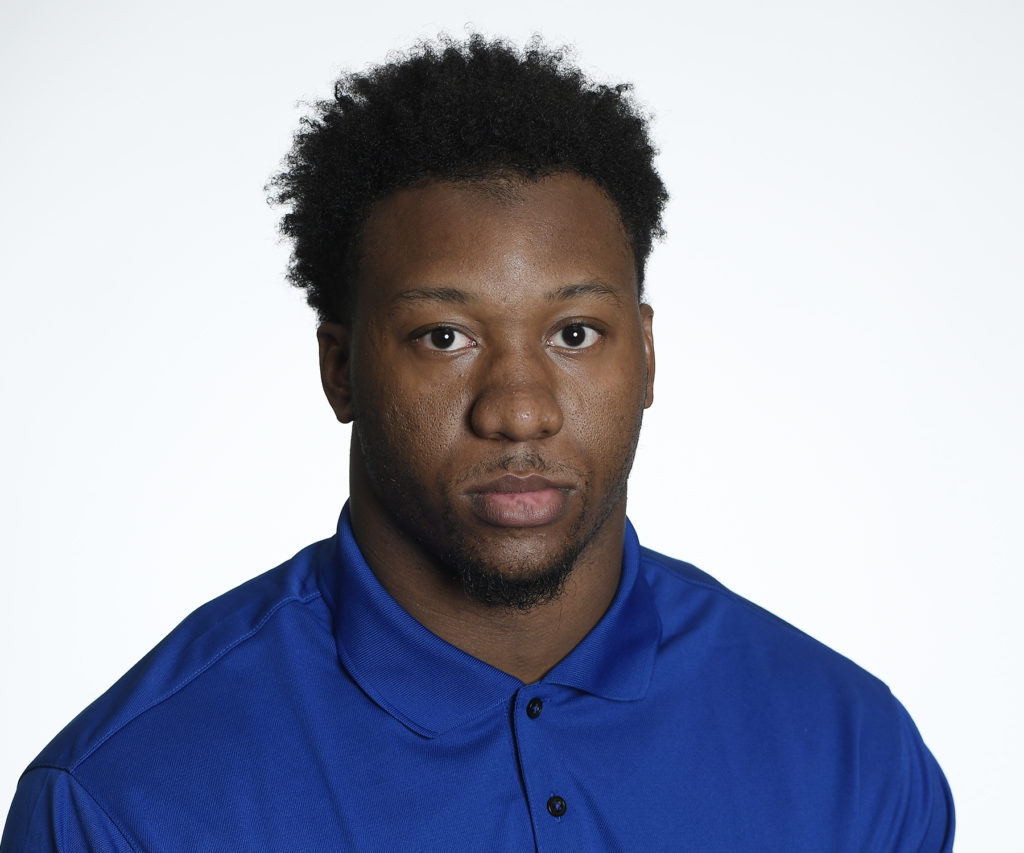 Long was arrested shortly before 8 p.m. Sunday at a south Lawrence apartment complex that was listed as his home address, according to jail records.