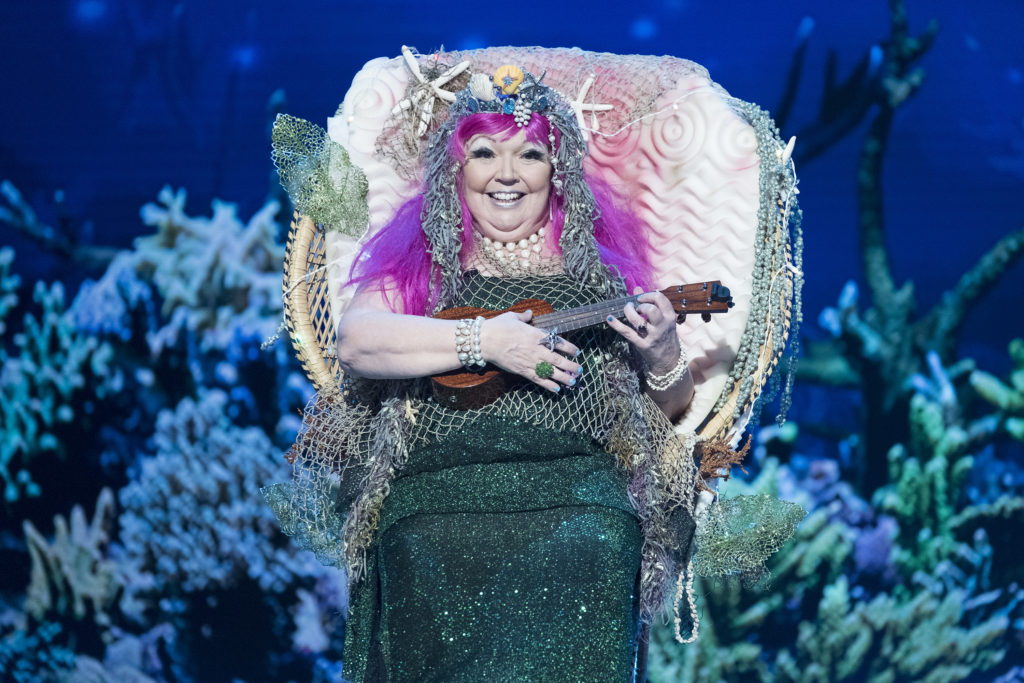 Baldwin City resident Diana Gish, in character as Pearl the Singing Mermaid Queen, performs on an episode of ABC's The

On Thursday, the broadcasting veteran will make her national television debut — not as Diana from Baldwin City but as Pearl the Singing Mermaid Queen on ABC’s “The Gong Show.” Gish recently performed as her “smart aleck” alter ego on the wacky talent competition, complete with her own magenta wig, ukulele and throne fit for an undersea queen. 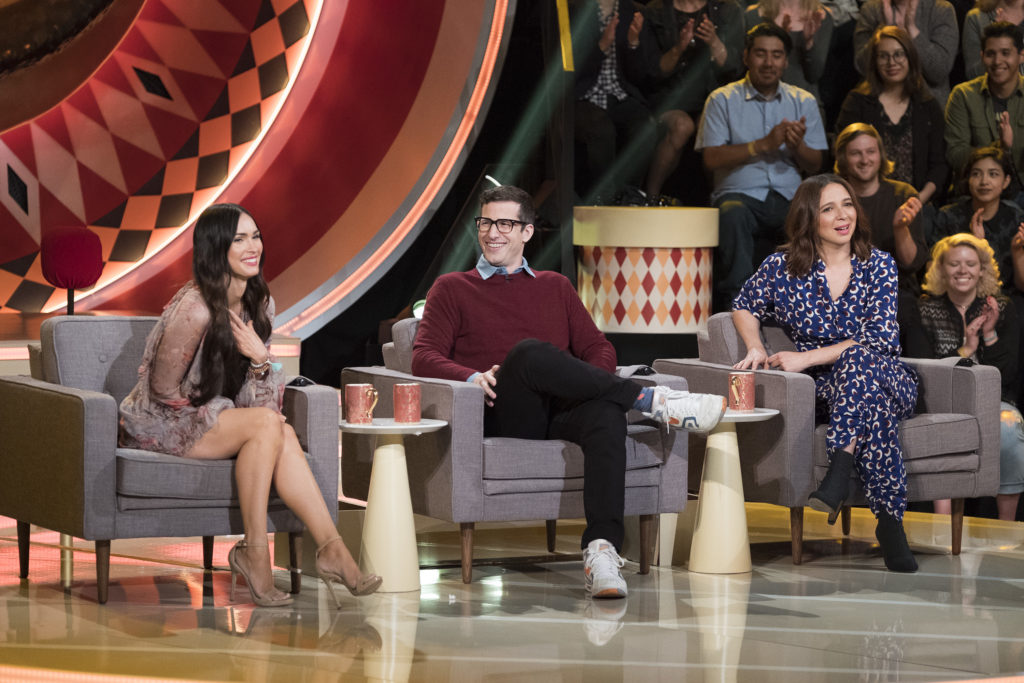 “It was a big reminder that this is what I love,” Gish, 58, recalled of the experience. The former journalist, who worked at KPR in the mid-1990s before returning briefly to the station in 2015, has shifted her attention in recent years toward her burgeoning entertainment career, which has included such gigs as the Lawrence Busker Fest.

Earlier this year, during a search for open casting calls, she stumbled across a posting for ABC’s revival of the 1970s “Gong Show,” this time hosted by Mike Myers as the fictional British comedian Tommy Maitland. That first audition, Gish remembers, took place over Skype in the computer lab at Baldwin High School, way back in March.

“It was kind of an odd experience for the boy doing his physics homework in there,” Gish says with a laugh.

From there, the audition went through several stages of approval, finally earning Gish a trip to Los Angeles in May. After arriving there for filming, Gish lost her voice and had to reschedule her taping. Luckily, she says, the show’s producers were obliging.

Like the original version, ABC’s new “Gong Show” features all sorts of quirky performers — from singing mermaid queens to contortionists, comedians, jugglers and dancers, each trying to impress a panel of celebrity judges. Losing contestants are cut off by the show’s titular gong when their talents fail to impress, and those who manage to entertain the judges are given the opportunity of winning a trophy and a check for $2,000 (and 17 cents).

“With big-time L.A., I was expecting something different, but people were supportive and kind and helpful all along the way,” says Gish, who’s not allowed to reveal the outcome of the show before it airs. “I had a great makeup artist. I was sitting on my throne, and I had my own little crew managing my throne.”

When the time finally came for Gish to perform her 90-second act, “it was just a giant rush of excitement,” she says, after months of preparation and back-and-forth communication with “Gong Show” staff.

One of her favorite experiences along the way, she says, was meeting a young woman and her mother en route from Blue Springs, Mo., to Los Angeles. The 21-year-old, also competing on “The Gong Show,” shared a flight with Gish on the way over, she says.

“I met every kind of performer, and it was just amazing and inspiring,” Gish says of her fellow contestants. “From the creepy and the weird and the wacky, just out-and-out talented people.”

She’s not likely to forget her time on “The Gong Show” soon. Gish, a natural-born “ham,” has enjoyed performing since she was a kid.

“In addition to always being a performer, from the time I was little I always wished I was a mermaid,” Gish says. “I had worked out an elaborate scheme where I could live in the Chicago aquarium, but that didn’t pan out.”

Still, says Gish, who created her Pearl costume for the Lawrence Earth Day Parade a few years back, “this is a good time for mermaids.” She’s hoping to parlay her “Gong Show” appearance into more TV opportunities. Folks can also book Gish and her character’s “corny” humor for birthday parties and the like, she says.

For now, she’s looking forward to watching her national television debut with friends in Baldwin City. The “Gong Show” episode airs at 9 p.m. Thursday on ABC.

“Even though it’s already over, I’m really nervous to see how it came out. And I’m really happy to have the opportunity,” she says, adding, “I hope it makes a big splash.”