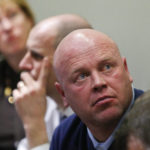 A tentative settlement in the city’s lawsuit against The Oread hotel would claw back millions from the hotel’s incentives agreement and force the hotel’s developer to resign his management position.

“I think this sends a pretty loud message to the development community that we’re not going to tolerate diversion from the agreements we enter into,” City Manager Tom Markus said.

Accused by the City of Lawrence of fraud and racketeering, the hotel’s developers would have to reimburse the city $650,000 as part of the proposed settlement, and agree to significant reductions in the hotel’s multimillion-dollar incentives agreement.

As part of the settlement, the hotel’s developer, Thomas Fritzel, is required to resign as manager of the hotel for the remainder the hotel’s 20-year incentives agreement. During that time, the city will have to approve the hotel’s managers.

“The hotel needs to be managed, so you need somebody with qualifications and knowledge,” said Brad Russell, the attorney representing the city in the case. “On the other hand, we understand — and I think the other side understands the idea — that the point of this is to get new blood, fresh faces involved.”

In November, the city filed the civil lawsuit alleging that Fritzel engaged in a fraudulent scheme to generate undue tax rebates from the city. The lawsuit sought to terminate the multimillion-dollar incentives agreement for The Oread, as well as recoup more than $400,000 in monetary damages.

“That is a guaranteed loss, in terms of going out and financing $11 million and now agreeing that the reimbursement will be limited to $8.5 million,” Russell said.

The $650,000 in damages proposed in the settlement represents about $493,000 of illegitimate sales identified by city-commissioned auditors as well as the costs of legal fees, mediation and other costs associated with the case, Russell said.

The 20-year incentives agreement between the city and the hotel was intended to at least partially pay the developer back for the infrastructure improvements made to the area as part of the hotel’s construction in 2008. The agreement created a special taxing district at 1200 Oread Ave. that requires the city to rebate the development group a large percentage of local sales tax collected in the district.

Though the proposed settlement doesn’t revoke the incentives agreement as initially sought, Markus said they had to weigh the likelihood that the judge would decide to completely cancel the agreement.

“Just because a breach occurs doesn’t mean you’re going to be able to sustain a complete severance of the original agreement,” Markus said. “So we ended up with concessions and we ended up with modifications to the agreement that we think, in the public’s interest, provides enough additional oversight to continue to monitor the relationship and minimize the risk of recurrence.”

The lawsuit alleges that Fritzel used other companies he controlled to improperly attribute retail sales at the hotel for the purpose of collecting inflated tax rebates. The audit report indicates that hundreds of purchases — such as landscaping for Fritzel’s personal residence, new furniture, rental of a party tent, as well as construction materials for unrelated projects — were all improperly reported as retail sales that occurred at the hotel.

Markus said the case has made city staff a lot more aware of what they have to pay attention to when it comes to economic incentives.

“I think the staff’s awareness is so much keener about the need to monitor this activity, not right up to the point where we get it approved but throughout the terms of the agreement,” Markus said.

In January, the judge in the case ordered representatives for the city and the hotel to attempt to settle the case via mediation. Two weeks ago, the judge ordered that mediation in the case be completed no later than April 27.

If finalized, the settlement would mean the city’s civil lawsuit against the development group would be dismissed, but does not preclude a criminal investigation. Thus far, no criminal charges have been filed against Fritzel in Douglas County District Court or federal court. The city of Lawrence lacks the jurisdiction to file criminal charges against Fritzel or other parties involved in the matter, city officials noted. The Douglas County District Attorney or the U.S. Attorney’s office would be the most likely parties to pursue a criminal case.

The proposed settlement is subject to approval by the City Commission in a public meeting, and will go in front of the commission for public comment and an ultimate decision Tuesday. It would then need to be signed by all parties in the case.

Attorneys representing Fritzel in the case said they don’t have comment until the settlement is final.

“The Oread entities participated in confidential mediation ordered by the federal court,” wrote attorney Steve Six in a statement. “Prior to entry of a final settlement agreement the Oread entities do not have any comment on the claims and allegations the City has advanced in the lawsuit or the City’s comments on the proposed settlement.”

Markus said that he supports the settlement, but that ultimately it’s the commission’s decision. As far as the community’s perspective, Markus said he hoped the city’s actions regarding the lawsuit would be reassuring.

“My hope is that our public takes a hard look at what we’re going to be presenting and feels like I do, that we reached the right conclusion in settling this case,” Markus said. “And that we extracted not only the financial aspects but the language aspects that allows us to go forward with some assurance that we’ve minimized the risk of this going forward.”

Management of Oread Inn L.C.: Thomas Fritzel will resign as co-manager of Oread Inn and shall not serve as the developer’s representative during the remaining term of the incentives agreement. Oread Inn and the city manager must mutually agree on two people to manage the hotel.

Prohibited incentives requests: For a period of five years, Thomas Fritzel or any entity that Fritzel or his wife are affiliated with agree not to seek any incentives from the city that involve sales tax reimbursements.

Mandatory training: Managers with the Oread hotel must participate in training on sales tax sourcing laws, rules and regulations.

Annual audits: The city has the right to annually audit all sales tax records of all commercial entities in the taxing district. The developer must pay the cost of the audits.