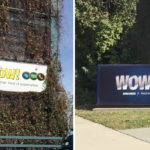 WOW officials have announced the sale of the Lawrence cable, telecom and internet provider that includes the Channel 6 TV station.

Company officials have announced the sale of WOW, which provides cable, telecom and internet services in the Lawrence area.

“I think there’s a lot of really good things coming for the Lawrence system,” said Josh Hadden-Leggett, manager of corporate communications at WOW. “And I think it’s a win for everybody involved in the deal.”

WOW, which includes Channel 6, announced Friday morning that it has entered into an agreement with Midco to acquire the Lawrence system. Midco is a regional cable, internet and service provider with businesses in North Dakota, South Dakota, Wisconsin and Minnesota.

The changeover to Midco should eventually bring gigabit internet to the Lawrence area, where WOW has more than 30,000 customers in Douglas, Leavenworth and Wyandotte counties. Midco has a goal of providing the extra fast internet service to most of its customers by the end of 2017, and Midco leaders said that will likely include its Lawrence operations.

“We would hope so,” said Tom Simmons, Midco senior vice president and chief of staff. “Of course it depends on the condition of the plant, if it has the capability of being able to carry that degree of connectivity. And I believe it does, and that we’ll be able to provide that service.”

As far as pricing, Simmons said they would be evaluating all of their Midco and Lawrence area services and prices and that the intent would be to keep prices steady.

“There are a lot of ingredients to pricing, including programming agreements and infrastructure enhancements,” Simmons said. “It is our intent, however, to minimize billing changes as much as possible.”

Denver-based WOW operates in several states, but Midco is only purchasing the Lawrence operations. WOW also owns Channel 6, which broadcasts daily news, weather and sports, as well as other local shows such as “The Not So Late Show.” Simmons said that while no specific decisions had been made about how Channel 6 will proceed, he expected the channel to continue.

“It isn’t as if operation of a channel is a foreign concept for us; we’ve had a regional sports network in play for quite some time that’s delivered across our entire network,” Simmons said. “So, I think we’ll get into those particular details, but I’m going to guess that for the short term, there’ll be absolutely no changes made with that.”

WOW has about 70 employees in Lawrence, and Simmons said that there are no plans to make any layoffs as part of the sale.

“We are committed to making a transition with all that, and welcoming the 70 employees to be a part of our family,” Simmons said.

Prior to 2010, the company was operated as Sunflower Broadband, which was owned locally by The World Company. The World Company is also the previous owner of the Journal-World, which since August has been operated by Ogden Newspapers of Kansas.

WOW’s sale must still go through regulatory approvals, and it is expected to be a few months before it is final. While the deal is in the works, business will continue as usual in Lawrence and throughout the company, according to an announcement from Steve Cochran, chief executive officer with WOW.

“While it is never easy to see members of our WOW family leave, this is a tremendous opportunity for both companies,” Cochran said. “Based in Sioux Falls, South Dakota, Midco is a well-respected, growing provider that is uniquely positioned to make Lawrence one of its premier markets.”