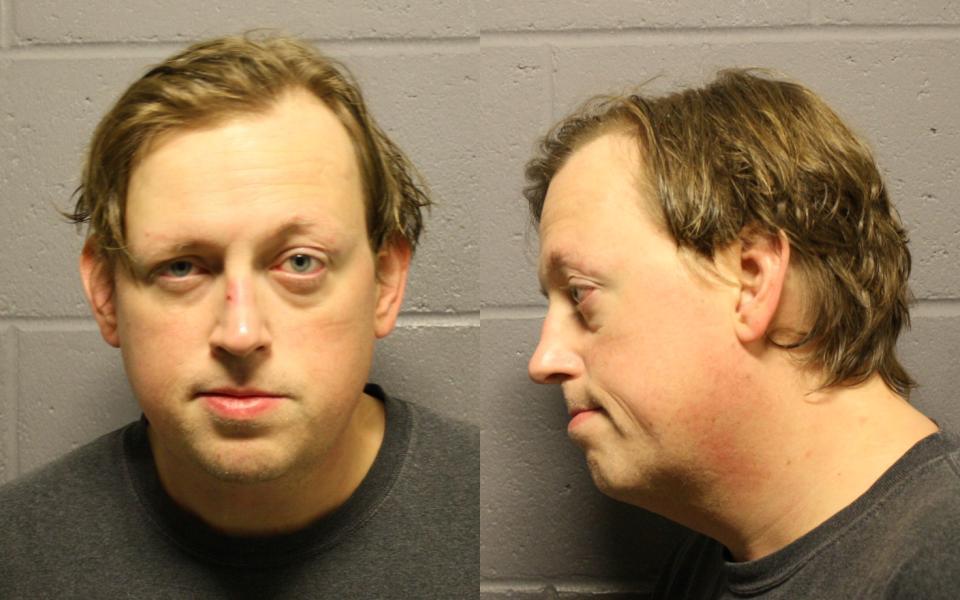 On Oct. 29, Anderson threatened “to commit violence” against Conlon, according to a criminal complaint filed in Douglas County District Court. The threat placed Conlon in fear, the complaint says.

Six officers arrived at the scene, listed as a “domestic disturbance with weapons” call in the 1500 block of Oak Hill Avenue, according to Lawrence Police Department activity logs.

Anderson was not arrested during that October incident, booking logs indicate. He was, however, arrested later that evening after Lawrence Police Sgt. Amy Rhoads said he was “outside without any clothes on causing a disturbance.”

Though he was arrested on suspicion of indecent exposure, no criminal charges were filed against Anderson for that incident either.

Then, Friday morning, police say Anderson was found near the intersection of 13th Street and Haskell Avenue with blood on his clothes.

Conlon had been stabbed “multiple times,” according to a criminal complaint. He was flown to an area trauma center, where Lawrence Police Sgt. Amy Rhoads said he remained Tuesday afternoon in critical condition.

Anderson was soon arrested while his home and another home directly west, 1505 Oak Hill Ave., were blocked off by police tape as detectives investigated the scene.

It is unclear why the home west of Anderson’s was taped off after the incident. Douglas County property records show neither Anderson nor Conlon owns either of the homes, and police have declined to offer additional details on the stabbing.

Anderson has lived at the Oak Hill Avenue home — which is across the street from Oak Hill Cemetery — since at least 2012, court records indicate. He has been arrested multiple times in the past six years and convicted of at least three counts of domestic battery and one count of assault in that time span.

Anderson remains an inmate in the Douglas County Jail in lieu of a $105,000 bond.

Residents say housing, jobs and homelessness will be key issues for city’s next strategic plan