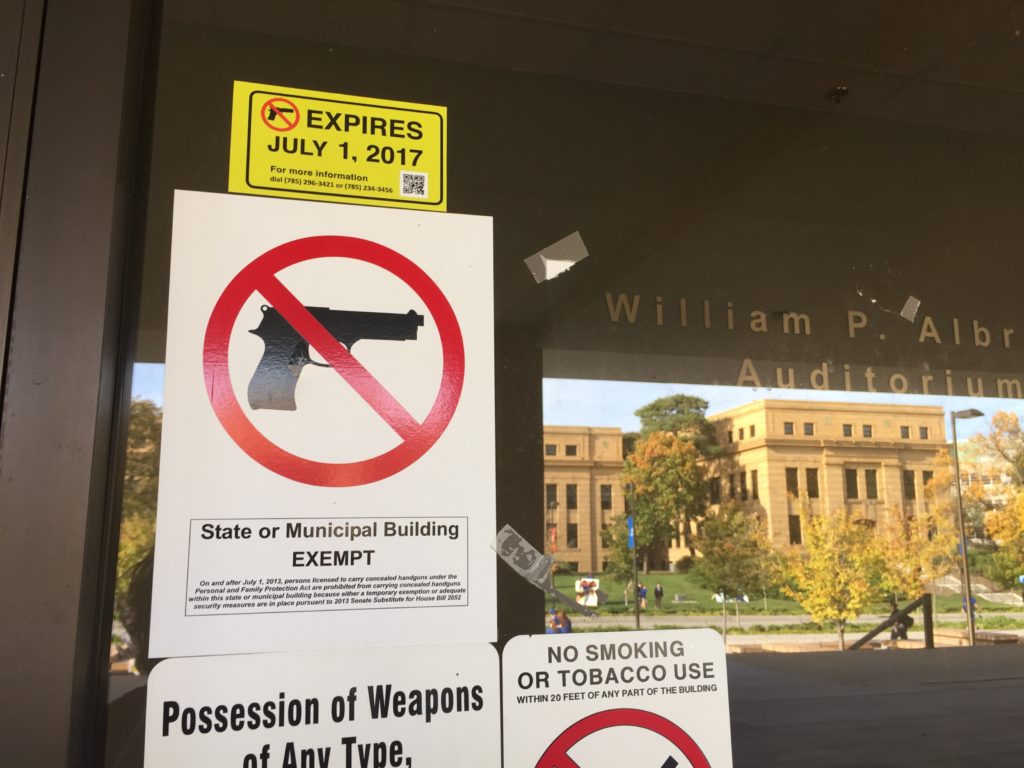 The Kansas Board of Regents governance committee on Wednesday discussed weapons policies proposed by KU and the five other state universities, and forwarded all to the full board with a recommendation for approval. The vote could take place as soon as the board’s December meeting.

Under state law, public universities must allow the legal concealed carry of guns on their campuses beginning July 1, 2017. 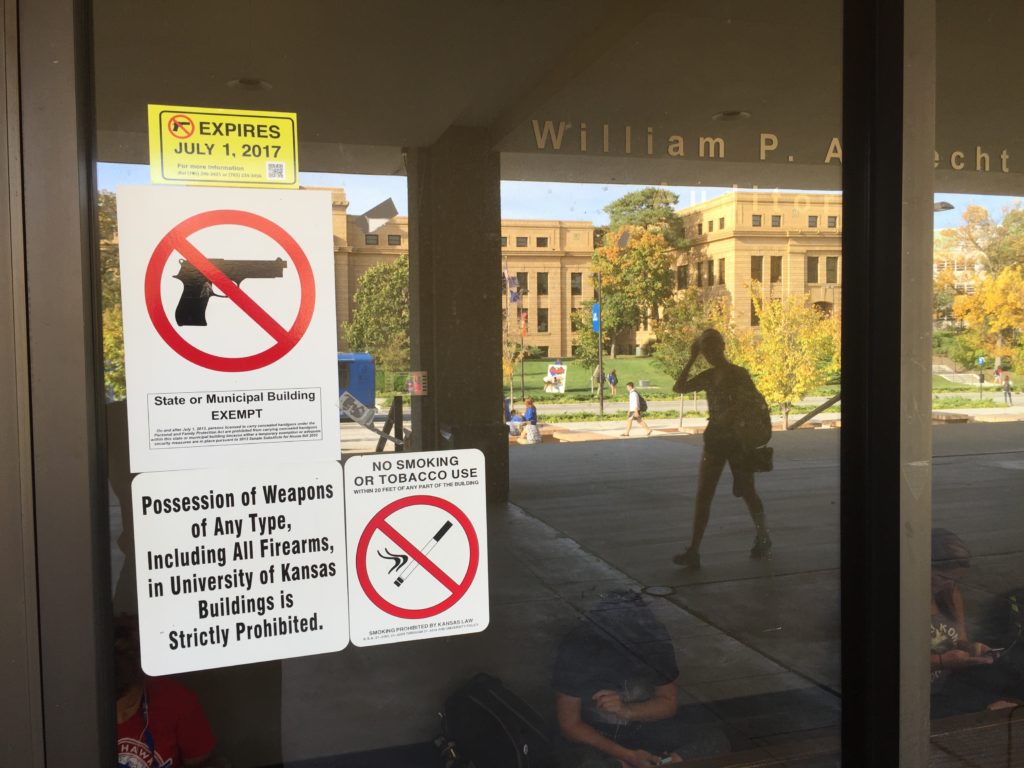 Once the full Board of Regents approves the proposed policies, each school can begin firming up details about how those policies will be implemented and the community educated on their respective campuses.

At KU that is expected to include designating certain spaces as restricted access areas, where the university can prohibit guns.

A section of the Kansas Personal and Family Protection Act allows universities to prohibit people from carrying guns into “restricted access” areas.

KU’s policy defines those as areas accessible only to authorized personnel by key, key-card or code.

However, he said areas beyond the lobby of on-campus child care centers — where only employees and parents are allowed, not the public — are likely to be one such place. Parents would be pre-screened and told that guns aren’t allowed in the child care areas.

Another example might be the brain imaging center at the KU Medical Center, he said. No metal objects of any kind are allowed around the multi-million dollar magnetic imaging equipment used there.

Again, Pottorff said, details have yet to be determined but a possible solution there would be providing gun storage lockers for patients who come in to use that equipment.

Overall, Pottorff said, the committee that worked on KU’s policy tried to be consistent with state law but add some provisions that “generally reflect our interest in the safety of our community.”

• It would allow the carry of stun guns on campus, though no one but law enforcement could carry the name-brand and more powerful Tasers.

“There is a sense that a number of our community members — faculty, staff and students — would prefer to have the opportunity to carry a stun gun rather than a handgun,” Pottorff said.

• It also requires concealed guns to be on the person of the carrier at all times, specifically stating that any backpack or purse containing a concealed gun must be “physically on or in the hands of the person carrying it.”

It’s a common practice at KU for instructors to require students to pile backpacks and other bags at the front of the room on test days, Pottorff said. He said it would not be OK to leave guns in those bags.

“For safety purposes, concealed carry means carry, to us,” Pottorff said. If guns are not on their person on such test days, he said, “I think our students are going to need to leave those home or leave them locked up in their car.”

KU’s proposed policy also would require guns to be holstered at all times, semiautomatic guns to be carried without a chambered round of ammunition, and revolvers to be carried with the hammer resting on an empty cylinder. It reminds that all federal and state laws regarding concealed carry — carriers must be at least 21 years old and not under the influence of drugs or alcohol, among other rules — still apply on the KU campus.

The current Board of Regents weapons policy does not address restricted access areas, because lawmakers introduced that language, and the Kansas Attorney General issued an opinion on its application, after the board created its policy, Regents attorney Julene Miller said.

The governance committee agreed to have Miller draft a policy amendment that would require campuses to provide the Board of Regents with lists of restricted access areas in their annual campus security reports. She said because they deal with campus security, those reports are not open to the public.

Regents said developing new weapons policies has not been easy.

“This is an item that across the campuses brought a bad taste to a lot of people,” Regent Shane Bangerter said. “It’s taken tons of work, lots of discussion, and you all have come up with very professional, very clear documents.”

Regent Bill Feuerborn added, “It’s work that nobody thought would be going on two years ago. Bottom line is, it’s state law, we have to do it.”