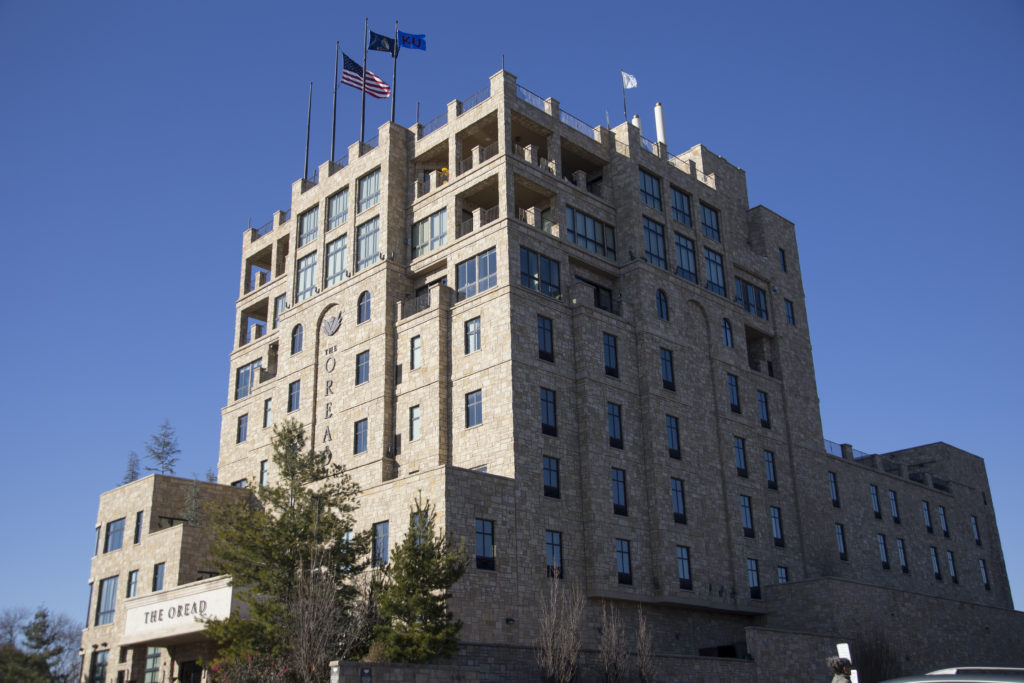 The City of Lawrence is citing personal purchases and faked retail sales as grounds to terminate a multimillion-dollar incentive agreement with The Oread hotel.

A lawsuit alleges that, instead of using tax incentives provided by the city as intended, the developer of The Oread hotel fraudulently collected tax rebates for hundreds of unrelated purchases, including landscaping for his home, a cabin in Colorado and rental of a party tent.

Attorneys for the city say such purchases are just one category of illegitimate transactions billed to a special tax district set up as part of the incentive agreement.

“The obvious ones are the ones associated with private residences that are outside the (taxing) district: a cabin in Colorado, a carwash in Johnson County, Kansas,” said Bradley Russell, the attorney representing the city in the lawsuit. “Those are not the transactions that were envisioned in the agreement.”

The city is taking legal action against the Lawrence businessman leading the development, Thomas Fritzel, and three of his affiliated companies, based on findings of a report commissioned by the city to study transactions billed to the district. The lawsuit, filed Wednesday in Douglas County District Court, alleges that the developer conspired in a “fraudulent scheme” to gain inflated tax rebates from the city.

The report was completed by the accounting firm Allen, Gibbs & Houlik, and released by the city as the basis for the lawsuit. The lawsuit seeks to terminate the incentive agreement for The Oread, as well as recoup more than $400,000 in monetary damages. Russell emphasized that the main point of the lawsuit is to terminate the incentive agreement, which could generate up to $11 million for the development group.

“If there were improper requests for reimbursements, the city is entitled to recover those back,” Russell said. “Because of finding out about these actions, the city had to pay money to attorneys and CPAs. They want to be made whole for that. But the main point of this lawsuit is to rescind the agreements because the developer did not follow the intentions of the parties.”

Russell said the second category of illegitimate purchases allegedly billed to the taxing district — the less obvious ones — involved reimbursements between different Oread entities that falsely represented the payments as retail sales within the district. Russell said that also goes against the intentions of the agreement to cover “arm’s length” retail sales related to business at the hotel.

“A retail transaction involves an ordinary person booking a room at the hotel, coming and then paying for the room,” Russell said. “That’s an arm’s length retail sales transaction.” 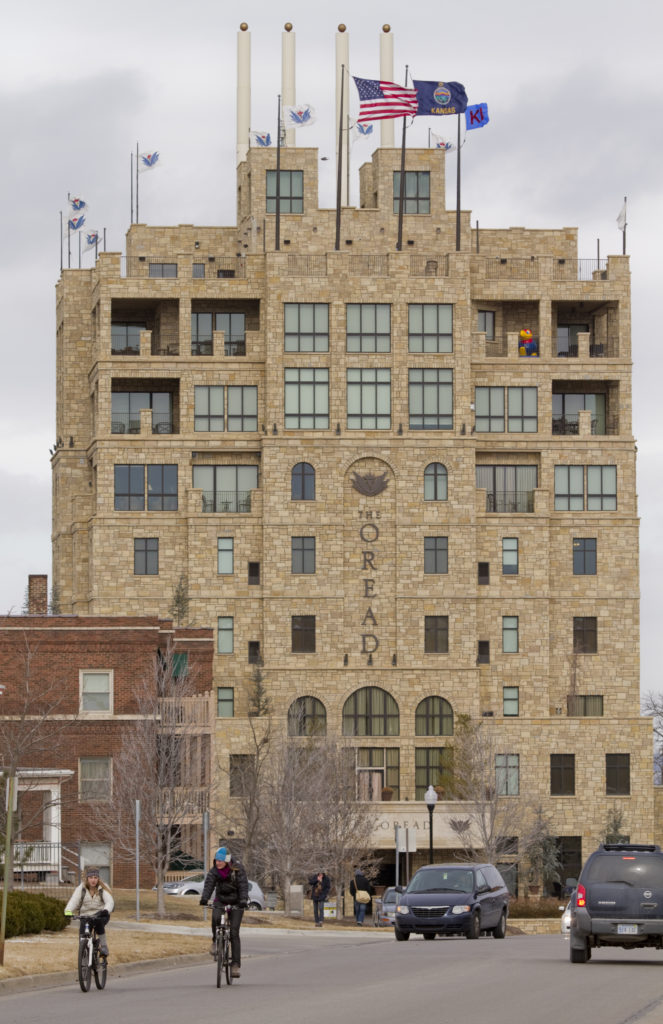 The incentive agreement between the city and the developer was intended to at least partially pay the developer back for the infrastructure and parking garage improvements made to the area as part of the hotel’s construction in 2008. The agreement created a special taxing district at 1200 Oread Ave. that requires the city to rebate the development group a large percentage of local sales tax collected in the district.

“The point is to focus the development rightly within the district itself so that it benefits the folks who are essentially paying for all this, and that’s the residents of the city of Lawrence,” Russell said.

From 2009 through 2015, the city reimbursed more than $1 million to The Oread Inn as part of the incentive agreement. The lawsuit claims that more than $400,000 of those reimbursements were fraudulently obtained by the development group.

The lawsuit contains the most specific allegations yet against the development group. The lawsuit alleges the development group deliberately defrauded the city and engaged in “a pattern of racketeering activity involving wire and mail fraud.” In addition to termination of the incentive agreement and monetary damages, the lawsuit asks the court to consider ordering Thomas Fritzel and other developers of The Oread to “cease and desist all association” with the hotel development.

From 2009 through 2015, the lawsuit alleges that Oread Wholesale fraudulently used the tax district for more than 30 companies, individuals or other entities and projects. Those include the Varsity House project, the Eldridge Hotel, and Hutton Farms West, among others.

The accounting report also indicates that developers improperly reported millions of dollars of transactions within the special taxing district. Entries on the list include multiple purchases of furniture, ‘river rock’ for a cabin in Colorado, rentals for a home pool project, as well as construction materials or services for projects throughout the city and state. 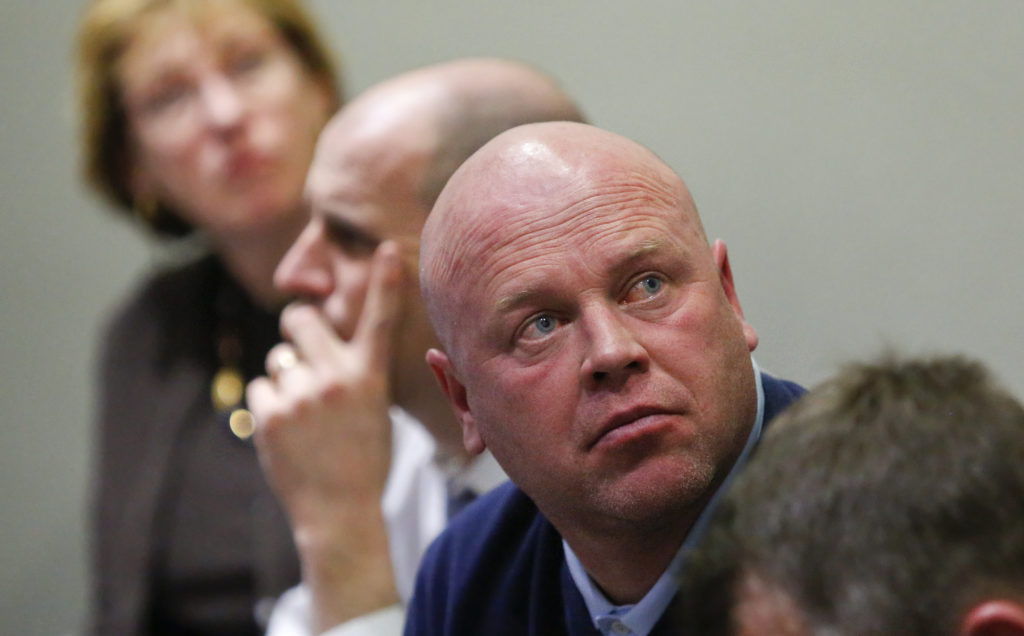 At the center of the claim of false retail sales is Oread Wholesale, a company listed as a tenant of The Oread hotel. The report and lawsuit claim that Oread Wholesale was a farce, created explicitly to create a false paper trail for purchases fraudulently given the sales tax rebate.

The report found that Oread Wholesale was used in combination with another Fritzel company, DFC, to funnel sales of construction materials for unrelated projects and other personal expenses through the special taxing districts, thus crediting undue rebates on those sales. The report found that a large number of invoices between the two companies function more as reimbursement requests, and were not legally retail sales under state law.

“You can’t have one entity performing a project well outside the district and then seeking reimbursement from a company within the district, because that’s not really a retail sale,” Russell said. “It’s just a way to show on paper, allegedly, that the transaction may have occurred with an entity in the district.”

The development group has previously denied such allegations, but an attorney did not immediately provide a comment relating to the lawsuit Wednesday. In February, the developer commissioned its own analysis that maintained The Oread Inn owes a fraction of what the city says.

Some of the allegations violate state law and therefore could potentially result in criminal charges, but Russell said the city has no comment on whether or not there are any other investigations ongoing.