Douglas County is already seeing progress in the Behavior Health Court that the Douglas County Commission agreed to fund in 2017.

“It’s up and going with six people in it,” said Bieniecki, who was hired to his $79,000 per year position in August.

The behavioral court allows those arrested and found to have mental health issues or both mental illness and substance abuse issues a chance to be diverted from jail into court supervised treatment programs.

When fully developed, the court is expected to have a case load of about 30 individuals, Bieniecki said.

Hired to get the program running early was team leader Sharon Zehr, who added her behavioral court responsibilities to her county-funded Bert Nash Community Mental Health duties of supervising the two employees performing mental health assessments at the jail, Bieniecki said. Zehr provides the therapeutic treatment case management for those in the behavioral court, he said.

Also already on the job is Shannon Young, who was hired to a full-time position in the Douglas County District Attorney’s Office, Bieniecki said. She is responsible for assuring that those in the program fulfill the legal obligations the court orders.

The county was able to use contingency funds to get those positions filled early, Douglas County Administrator Craig Weinaug said. Because the court won’t reach its full case load until later in the year, it is expected that the full $443,000 allocated for the court won’t be spent and will be available to reimburse the cost of the early hires, he said.

Bieniecki said interviews were scheduled this week for two positions to be funded with the $443,000 allocation. One of the employees will be assigned to the pretrial diversion program the county plans to introduce, Bieniecki said. The employee will monitor low-level offenders offered diversion to ensure they make scheduled court dates and court-ordered responsibilities.

The other employee is to split time between the pretrial diversion and behavioral health court’s legal supervision case work, Bieniecki said. That person will start work in January 2017 and report to Young, he said.

Meanwhile, the county is also conducting interviews for another position approved in the 2017 budget. A second round of interviews are scheduled this week for a data analyst expert to work with the coordinating council, Bieniecki said. Gaps in jail data and problems with coordinating statistics that the different agencies in the county’s criminal justice system produce has plagued the coordinating council’s early efforts. That position is to be paid from $50,000 to $70,000, depending on qualifications of the employee, Bieniecki said.

Another initiative that already has started on a limited basis is a house arrest/electronic monitoring program. It was started with the use of six monitoring devices that a vendor is providing free to the county on a 90-day trial basis, Bieniecki said. The vendor can also provide the service of monitoring the devices and reporting violations for about $10 a day per device, he said.

The intent is to negotiate with the vendor for more monitoring devices to start a pilot program for 20 to 30 DUI offenders, Bieniecki said. If effective, it could be expanded to include other low-level, nonviolent offenses, he said. 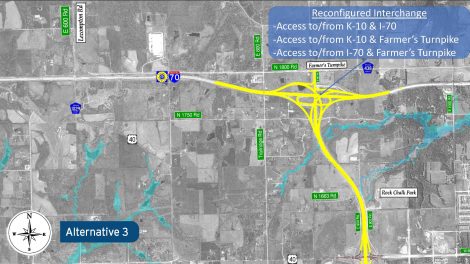