Funding recommendations for affordable housing, bicycle and pedestrian improvements are less than requested 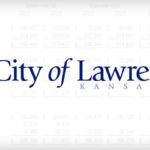 Lawrence’s affordable housing effort would receive $300,000 in 2017 and $450,000 would go toward bicycle and pedestrian improvements under city-drafted budget recommendations released Friday evening.

Both initiatives are backed by groups that have been vying for funding in recent weeks, at the same time City Manager Tom Markus has warned the city is operating at a deficit and needs to cut spending.

For affordable housing, the preliminary budget means getting $2.7 million less than what Justice Matters, a group of church congregations, requested through the city’s five-year capital improvement plan.

The $450,000 for bicycle and pedestrian improvements is $550,000 less than what the Lawrence Pedestrian and Bicycle Issues Task Force recommended.

“While these funding levels are below amounts suggested by community advocates for these initiatives, I believe that they represent a starting point to further these important issues in balance with the city’s current financial capacity,” Markus wrote in a memo to city commissioners Friday.

Bicycle and pedestrian improvements would receive $450,000 each year through 2021, with $200,00 coming from the infrastructure sales tax fund and $250,000 worth of general obligation debt.

The memo to commissioners, attached to the City Commission’s Tuesday meeting agenda, includes a list of what was requested through the capital improvement program for the next five years along with the city’s recommendations. City commissioners are slated to discuss it during a budget session from 3 to 5:15 p.m. Tuesday at City Hall, 6 E. Sixth St.

Markus said it was an important tool for “prioritizing limited resources.”

Other notable items in the drafted capital improvement plan:

• $1.5 million is suggested in 2017 for the design of a new police headquarters, which Markus said would leave “all options on the table” for the City Commission’s consideration.

“I am recommending that the City Commission have discussions in the near future about designating a site for the facility,” Markus wrote in the memo.

The drafted capital improvement plan shows the police department requested $30 million in 2018 for construction of a new headquarters. As it is now, the plan shows the project going unfunded.

The $1.5 million for design costs would come from issuing general obligation debt, the plan shows.

In a memorandum to city commissioners last summer, Chief Tarik Khatib said that having officers wear body cameras “can increase the quality of interaction with the public” and that they may help to “increase public trust and build confidence in officer accountability.”

But Khatib also said at the time that officers under constant surveillance via their body cameras may suffer added “stress and dissatisfaction,” the Journal-World has reported.

• The Lawrence Humane Society’s request for $2.5 million in 2019 for animal shelter improvements would go unfunded in the plan.

The Lawrence Humane Society launched a $5 million campaign last summer to either renovate its existing facility or build a new one. The City Commission last July denied the society’s request for $2.5 million to be paid over two years.

• A $600,000 request for a major renovation to Lawrence’s Outdoor Aquatic Center would go unfunded.

• A total of nearly $327,700,000 worth of projects would be funded through the capital improvement plan in the next five years.