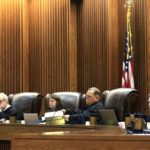 Kansas legislators advanced a bill Monday declaring that state Supreme Court justices could be impeached for interfering too much in the Legislature’s business.

Republicans who pushed the impeachment measure to first-round approval in the Senate argued that they’re providing greater guidance on the grounds for impeaching the court’s members and removing them from office. But it’s the latest initiative from GOP conservatives in recent years putting Kansas at the center of a national effort to remake state courts.

The Senate considered the measure on judicial impeachment after the Kansas Supreme Court last month ordered lawmakers to increase the state’s aid to poor school districts — or see schools shut down in July. The chamber’s voice vote advanced the bill to a final vote Tuesday to determine whether the measure goes to the House.

The state constitution says Supreme Court justices can be impeached for treason, bribery or “other high crimes and misdemeanors.” The bill outlines a list of misconduct covered by the latter phrase, including attempting “to usurp” the power of other branches of state government.

Supporters in committee added a similar list of grounds for impeaching for the governor, lieutenant governor, attorney general and secretary of state and argued Monday that the measure isn’t targeted at the Supreme Court.

“There are no kings in America,” said Sen. Forrest Knox, an Altoona Republican. “There has to be a recourse and that recourse is plainly laid out.”

But critics said the measure is an attack on the judiciary’s independence. 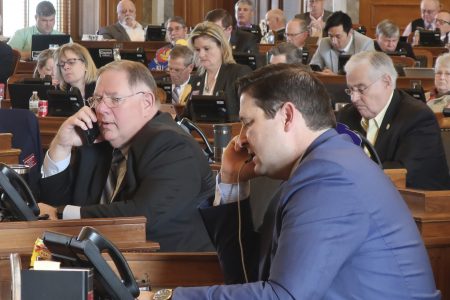