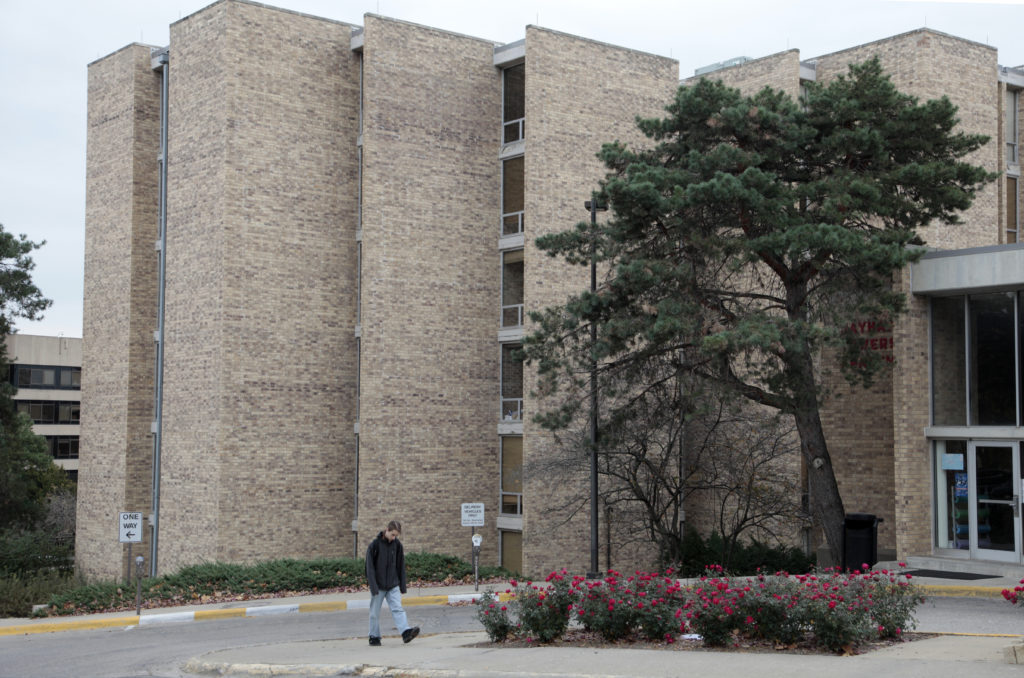 The Jayhawker Towers on the Kansas University campus are pictured on Thursday, Nov. 9, 2010.

Kansas City, Mo. ? After she decided to come forward and tell Kansas University officials that she was raped on campus, Daisy Tackett thought she’d done everything right, her father, James Tackett, said.

But KU let her down, he said, spurring the former KU rowing team member to file a lawsuit against KU accusing the school of failing to meet its obligations under Title IX.

Saying his daughter was in “a very fragile state,” James Tackett read a statement in her stead during a press conference Monday, the day the suit was filed in Douglas County District Court. 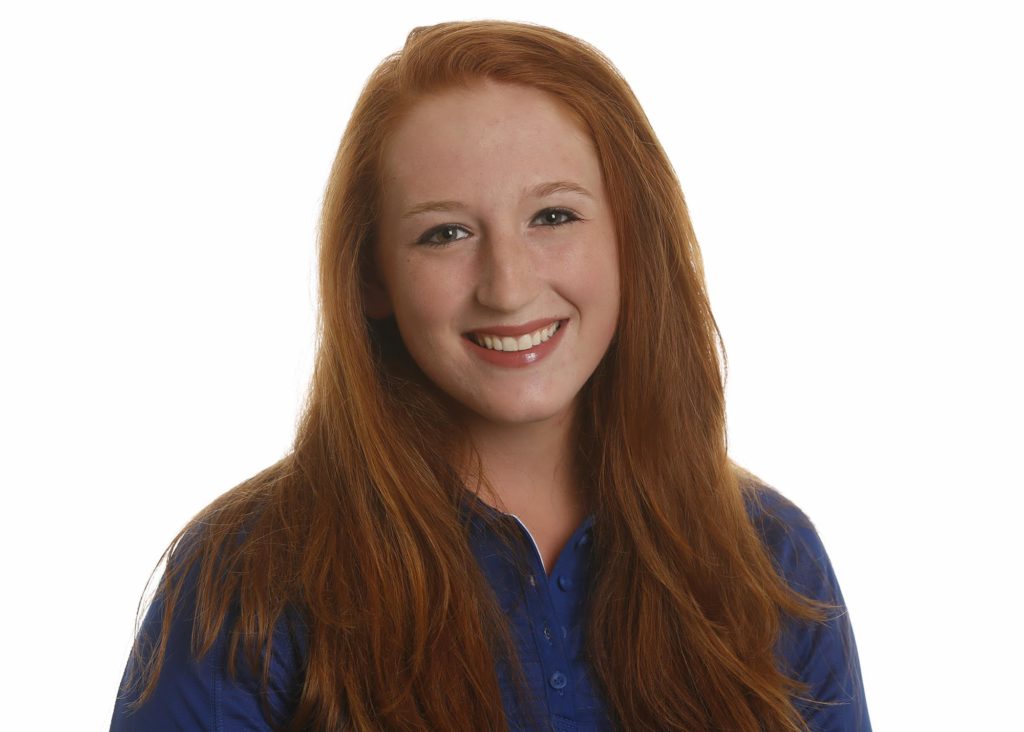 “I did not feel safe after my report,” Daisy Tackett’s statement said. “My coaches did not care. I felt like I did every single thing KU asked of me, and I feel that they did not hold up their end of the bargain. KU did not protect me, and I was not able to be a student or an athlete there.”

Tackett was a freshman on the KU rowing team in the fall of 2014 when she was raped by a KU football player in Jayhawker Towers apartments, her father said. He said that before withdrawing from KU early this semester and returning home to Florida, she was a Student Senate representative and honor roll student who had other college options but “fell in love” with the campus when she visited KU. The Journal-World does not generally identify rape victims, but Tackett requested her name be used.

“It’s every father’s nightmare for their daughter,” he said of the situation that spurred the lawsuit. “I’m filled with righteous anger.”

The accused football player is not named in the lawsuit.

Daisy Tackett’s attorney Dan Curry, of the Kansas City, Mo., firm Brown and Curry, said that KU notified him late last week — following a four-month investigation by KU’s Office of Institutional Opportunity and Access, or IOA — that the man “agreed” to be expelled from KU.

James Tackett called that “too little, too late.”

“I hope he isn’t able to do this again,” Tackett said. “He’s a serial rapist.”

According to the lawsuit:

The night Daisy Tackett was raped, a group of KU students and athletes had gotten together at Jayhawker Towers following a Halloween party.

The football player, who appeared “inebriated” when he arrived, invited Tackett to his apartment to watch a television show, then sexually assaulted her. Tackett remained in his apartment “in a state of shock and horror” until the next morning, when the man said he had to leave to go to practice.

About a year after the incident occurred, in October 2015, another rowing team member told Tackett she had also been sexually assaulted by the same man. That woman filed a police report and a complaint with IOA.

That’s when Tackett decided to report her assault.

After reporting the assault, Tackett said she encountered the man on campus at a time and location she’d never seen him before, “staring her down.” She reported the encounter to the IOA investigator.

Later that week, it happened again, and the man also called her a derogatory name.

She reported the second encounter to IOA, which “eventually” provided her an escort from one class as well as issuing an order preventing the man from contacting Tackett.

Tackett experienced anxiety and panic attacks as a result of the assault and subsequent encounters with the man that would “frequently manifest during workouts at the KU football team’s stadium.”

She “began to withdraw from campus life,” avoiding athletic facilities and dining halls where she might encounter the man or his friends.

During fall 2015, the incident also affected Tackett’s status on the rowing team.

Tackett — who told KU rowing coach Rob Catloth about the rape and IOA investigation — was not allowed to attend an annual training trip in Florida in December, even though she met a time test ordered by the coach, and other rowers with less experience and slower times were allowed to go.

When Tackett explained that she may have to leave KU because of the “stalking” by her assailant, in addition to the rowing team issues, the coach agreed to give her a letter that would allow her to transfer schools but not to another Big 12 school.

One week into this semester, KU still had not completed its IOA investigation or suspended the male student and Tackett “decided she had no choice but to withdraw from KU.”

KU has billed her for the semester and placed an administrative hold on her transcript.

Tackett’s lawsuit alleges that KU failed to comply with Title IX, the federal law that prohibits gender-based discrimination in education and the law under which universities are required to investigate and take measures to prevent sexual assault on their campuses.

KU failed to “take reasonable steps” to prevent sexual assaults from occurring at Jayhawker Towers, failed to properly shield Tackett from harassment by her alleged assailant after she reported the assault, failed to complete an investigation in a timely fashion, and failed to stop her rowing coach from retaliating against her after she reported, the lawsuit alleges.

The lawsuit specifically targets KU’s practices involving athletes and where they live.

The lawsuit asks for actual damages in excess of $75,000, for attorney fees, lawsuit costs and the return of tuition and board payments.

She declined to confirm whether the accused unnamed football player had been implicated in a second assault, or his status as a student.

“The University of Kansas does not comment on individual sexual assault investigations,” Barcomb-Peterson said. “As we said in response to the Tacketts’ first lawsuit earlier this month, any suggestion that we do not support those who report sexual assault on our campuses is baseless.”

On March 11, James and Amanda Tackett filed a separate suit against KU under the Kansas Consumer Protection Act. That suit, which seeks class action status, accuses KU of misleading the public by representing campus housing as safe.

KU, describing extensive measures the university has taken to combat sexual assault, said campus housing was “absolutely safe” and called the allegations in that lawsuit “baseless.”

Her father said he could not comment on her reasons for not doing so.

Curry, her attorney, said Tackett was not ruling it out.

“That’s a very intensely personal decision,” Curry said. “Right now our focus is on getting all the relief available under the civil process.”