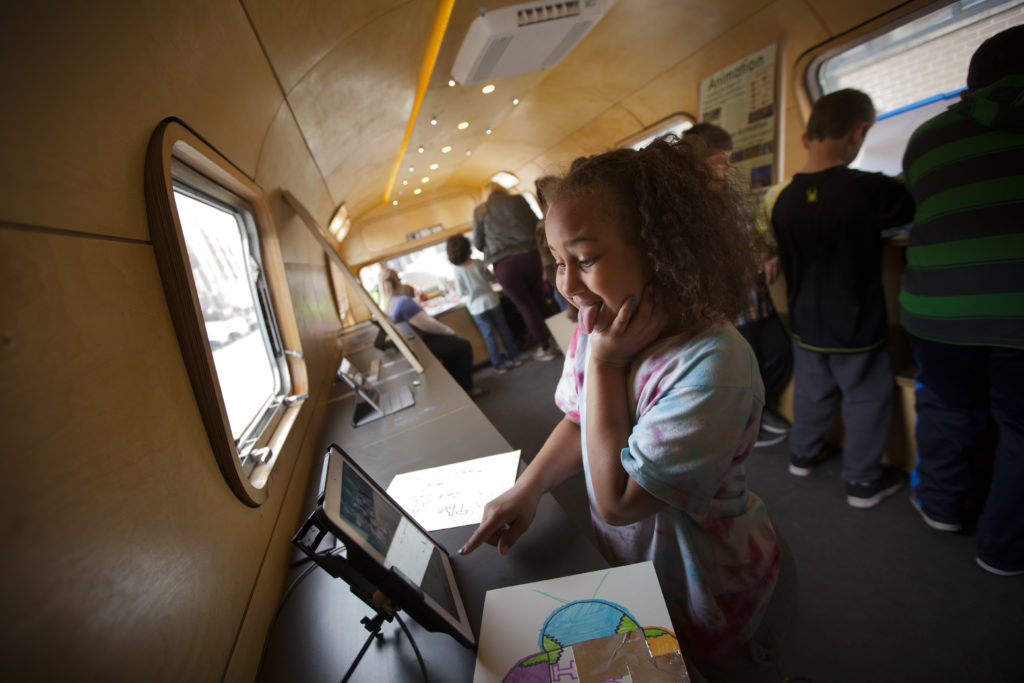 New York School fourth-grader Richia Turner makes a silly face as she snaps her photo by way of an iPad and a digital photo booth program on Tuesday, March 1, 2016, outside the Lawrence Arts Center within the Kansas University MoCOLAB. The lab is an Airstream trailer used by LAC for arts education projects. Local elementary and middle school students toured the MoCOLAB, mobile

Lawrence elementary students creating digital self-portraits and short films as part of a field trip this week were skeptical when told what they were doing was a form of art.

Students used computers to take and edit photographs of themselves, draw and paint digitally, and create stop-motion films by arranging figurines on a small set.

“I just liked posing (the figurines) and taking the pictures,” said Cordley Elementary fifth-grader Ian Feltz. “But I didn’t realize it was art.” 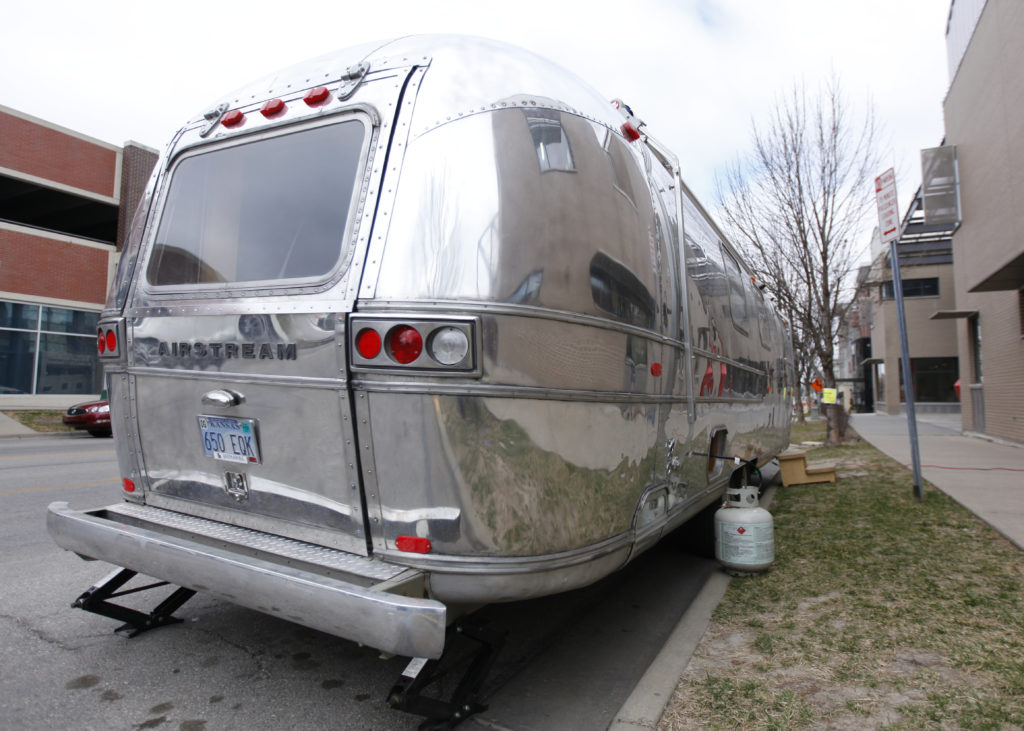 The MoCOLAB trailer is parked outside the Lawrence Arts Center on Tuesday, March 1, 2016.

“I thought it was like programming and stuff,” added Luke Havener, also in fifth grade at Cordley.

The students were among about 400 Lawrence elementary and middle school students who visited the repurposed camper, known as the “mobile collaborator,” while it was parked outside of the Lawrence Arts Center on Tuesday.

The project is just one that has rotated through the lab, which was built into a 1972 Airstream Sovereign Land Yacht. Kansas University architecture students and professors gutted, cleaned and renovated the Airstream last year.

The field trip was a joint effort of the Lawrence school district, KU and the Lawrence Arts Center. The fact that students didn’t necessarily associate what they were doing with traditional definitions of art is the point, said Neal Barbour, director of youth education at LAC. 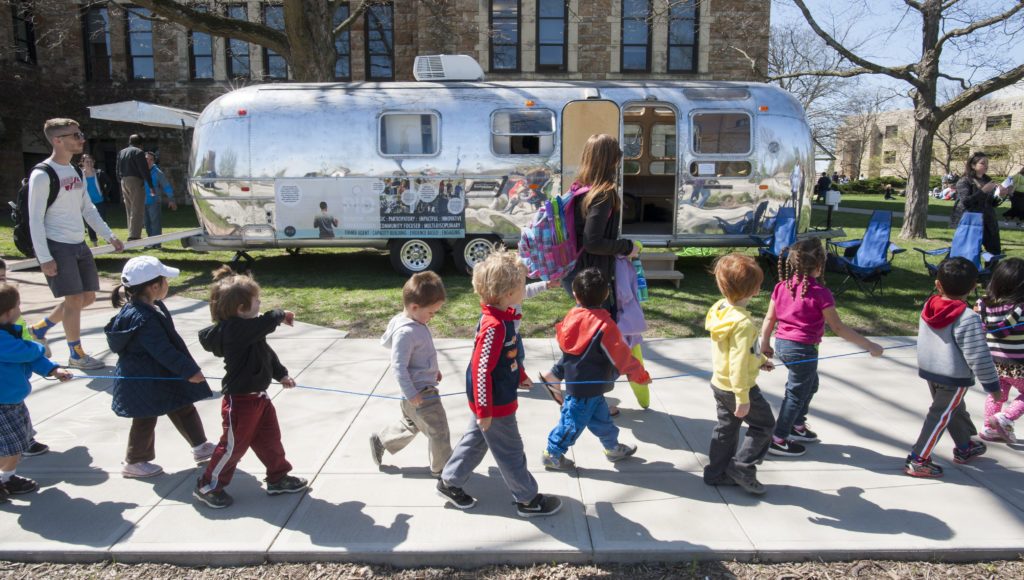 Preschool students pass by a renovated 1972 Airstream Sovereign Land Yacht on Friday, April 10, 2015 in front of Marvin Hall. The old camper was renovated by Kansas University architecture students and transformed into KU’s “Mobile Collaboratory,” or moCOLAB. The moCOLAB had its first campus open house that day.

“We want to just let kids know that the intersection between the sciences and the arts is very vast, and can happen in so many different ways,” he said.

This is the second time Lawrence students have visited the lab. In September, about 250 students from Lawrence High School, Free State High School and Bishop Seabury Academy learned about screen-printing and made their own prints.

This week’s activity, called the “digital arts playground,” included four stations where students could use technology to make art. Students from Cordley Elementary, Pinckney Elementary and Liberty Memorial Central Middle School visited throughout the day. Barbour said the kids were immediately engaged in the activities.

“They see it, they understand it and they can navigate it,” he said.

Ian and Luke seemed to agree, as they worked together on their stop-motion video.

“I think that’ s pretty cool to be able to do fun technology stuff, but also be doing art at the same time,” Luke said.